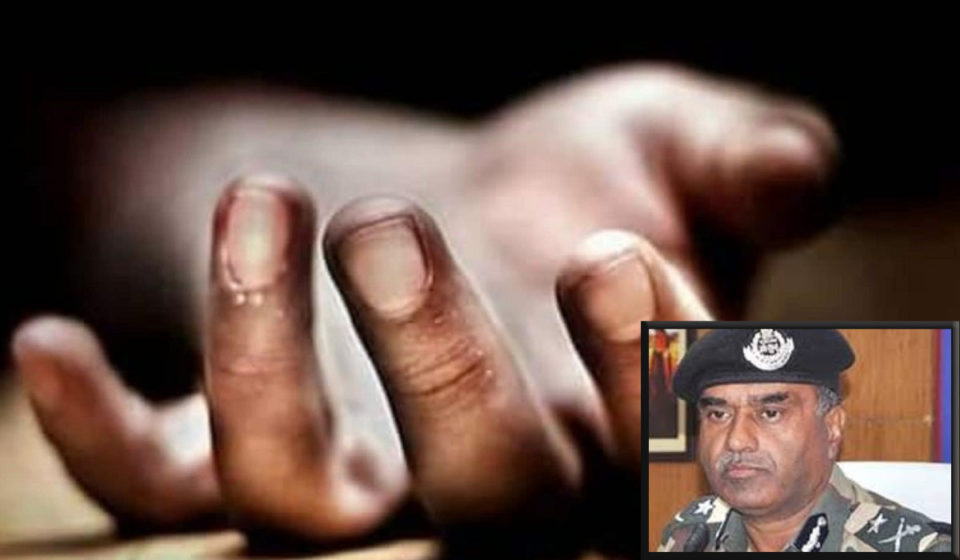 Jammu and Kashmir’s Director General (Prisons) Hemant Kumar Lohia was found murdered at his residence here, police said, asserting that his domestic help has emerged as the main suspect in the case.

The police have also released the photographs of the accused and put out phone numbers for sharing any information about him.

“In the initial investigation into the incident of death of DG Prisons, HK Lohia, it has come to fore that one domestic helper Yasir Ahmed resident of Ramban is the main accused”. “Some CCTV footage collected from the incident site also shows the suspected accused running away after commission of this crime.” police said.

The weapon – allegedly a broken ketchup bottle – and evidence like a diary have been seized from the house. Ahmed’s photo has been released to the public for help to track him down.

Mr Lohia was “applying oil on his swollen foot” when he was attacked, Mr Singh said. The killer suffocated Mr Lohia, used the broken ketchup bottle to slit his throat and tried to set the body on fire, according to him.”

“The security guards broke into Mr Lohia’s room after they saw flames. The room was locked from inside,” said Mr Singh.

“He (Ahmed) had been working at this house for nearly six months. Initial investigations reveal he was quite aggressive and was also suffering from depression as per sources,” Mr Singh said.

“Police have also seized some documentary evidence, including his diary, reflecting his mental state.”

What appears to be Ahmed’s diary reveals a depressed mind fixated on death. “Dear death, come into my life,” says a note. “I’m sorry I am having bad day, week, month, year, life,” says another.

According to Singh, the suspect even tried to set fire to the body of 57-year-old Lohia, who was promoted and appointed as Director General of prisons in the Union Territory in August.