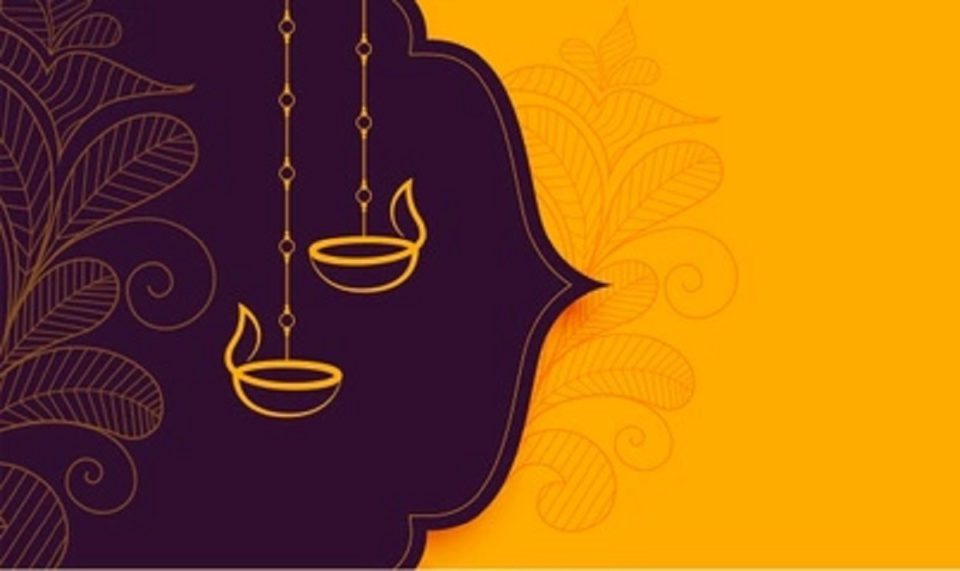 The month of Kartika is the pious month among the Odias in the Hindu lunar calendar. It is known to be the best month of the year to enhance one with the foremost Human. It usually comes in October or in November in the English calendar. According to Hindu mythology, it is believed that when the Kartika month begins, if you pray and do all the rituals then both Lora Vishnu and Lord Shiva will give blessings.

In this month there are several other festivals which are observed by the people of Odisha like – ‘Kumar Poornima’, ‘Habisha’, ‘Panchuka’, ‘Baluka Puja’ and ‘Boita Bandona’. There is a lot of significance for observing this month as it is believed that if a person celebrates this month with whole heartily, then they will get happiness and good health. It is also said that this month provides us with four purposes Dharma, Artha, Moksha and Kaama. This month also comes under the Dakshinayana time, which means that when the sun moves from the North to the south, and it is acknowledged as the most propitious time for devotions.

According to the Vedas, this is the month where Lord Vishnu wakes up on Kartika Shukla Ekadashi after sleeping on Ashadha Ekadashi. Due to which this month is termed as the most favourite month for Lord Vishnu and Lord Shiva, and they also come to visit Earth. Even Lord Shiva beheaded Tripurasura, the demon and saved the world on this month only. Even it is also believed that the river Ganga joins into all other rivers making them proportionately holy due to which people take Kartika Snana before sunrise during this month.

In Odisha, people celebrate this month in a whole ritualistic and traditional way. On every Monday devotees take a pre-dawn bath and visit Lord Shiva temple, also consume food once a day in the afternoon. Akasadeepa is a lighted deepa or known as earthen lamp filled with ghee, placed inside an earthen pot and pulled over an erect pole using a winch and fixed firmly. It is lighted near the chaura during the evening and burns throughout the night.

The most common dish consumed in this month is ‘Habisa’ which have some particular vegetables and pulses. The last five days are the most crucial and auspicious as it is known as “Panchuka”. Even in Puri Jagannath temple, all the three deities (Lord Jagannath, Lord Balabhadra and Maa Subhadra ) dressed in five different attires ( Beshas) each day.

The full moon day or it is known as ‘Kartika Poornima’ by Odias is the day when a merchant (Sadhabas) of Odisha used to voyage far off lands with goods to do business. To celebrate that people of Odisha perform rituals of ‘Boita Bandano’ which is a colourful and vibrant event that celebrates Odisha’s maritime glory and trade relations with foreign countries.

During the entire month of Kartika massa, people don’t eat Non-veg and prefers vegetarian dish. Some devotees also avoid using garlic and onion on their plates for the whole of the month.

‘Hasbina Dalma’ is a dish with precise vegetables and pulses. This dish is the trademark dish of the Kartika month and is cooked most simply. Certain vegetables are restrained from being used like –Potato, brinjal, and any kind of gourds, some specific pulses and leafy vegetables. Even though with such restrictions, the dish tastes scrumptious for its amazing cooking process and aroma. The Moong dal is the primary ingredient which is boiled properly along with raw bananas with some spices like Jeera powder and Galam Masala. This dish is served along with steamy rice, and for more taste, you can add a little extra ghee on the top.

This dish is made especially this month. Saru (Arum vegetable) and Kadali (Raw Banana) are boiled together and then mashed properly.

Now with some salt and pepper, this dish tastes very delicious. As on Kartika Massa, people avoid potatoes, especially on Mondays, so they prefer arum vegetables along with raw bananas.

‘Saru Kadali Chakta’ with Hasbisa Dalma and ghee rice make a perfect platter for the devotees. Some people don’t prefer arum, but this vegetable is rich in fibre and also helps for many medical benefits like controlling the risk of heart disease and controlling blood sugar.

Kartika Maasa comes up in the winter season and consumption of Ghee is the most beneficial for the health during this season. Ghee rice is the staple food of Kartika Month and is usually cooked with ‘Arua’ rice. ‘Arua’ rice is most significantly cooked during this month, and many people prefer using Ghee as it gives a different tang to the rice. People usually prefer natural Ghee, which is known as ‘Gua Ghee’, and the consumption of ghee rice improves digestion, especially during winters. Ghee Rice with Hasbisa Dalma makes the most delicious combination. Ghee rice is also an excellent source of protein and also helps in a fat burner.

Mugga Chakra is a mixture of mixed fruits, soaked raw moong dal, bananas, dry fruits and jaggery or sugar according to preference. This dish is usually prepared during ‘Savitri puja’, but even during the month of Kartika, many women intake this in breakfast. This dish is a simple dish and very easy to prepare also. During the month, people forbid Non-Veg items, so these kinds of dishes are not only simple but great for the health.

‘Ouu’ which is an elephant apple gives many benefits to our health like helping in blood pressure, helping in improving eyesight and also aiding in fighting the virus. According to the history, Ouu plant was only discovered in paradise, and Goddess Parvati led it to the earth along with the Betal plant.

‘Ouu Khatta’ have a pungent taste which is consumed mostly in every household in Odisha. Kartika Masa food platter is incomplete without that sweet and sour taste of ‘Ouu Khatta’. The Ouu or elephant apples are boiled with water until it becomes supple and then later it is served with species, sugar or Jagarrey and shredded coconut.

Winter is the best season for all types of leafy vegetables. ‘Saga Bhajja’ is made with any kind of green leaves which are available but during Kartika Massa, Agasti leaves and flowers are cooked especially the dowagers who observe this month. For further Muga Dali and coconuts are also added for best flavour.