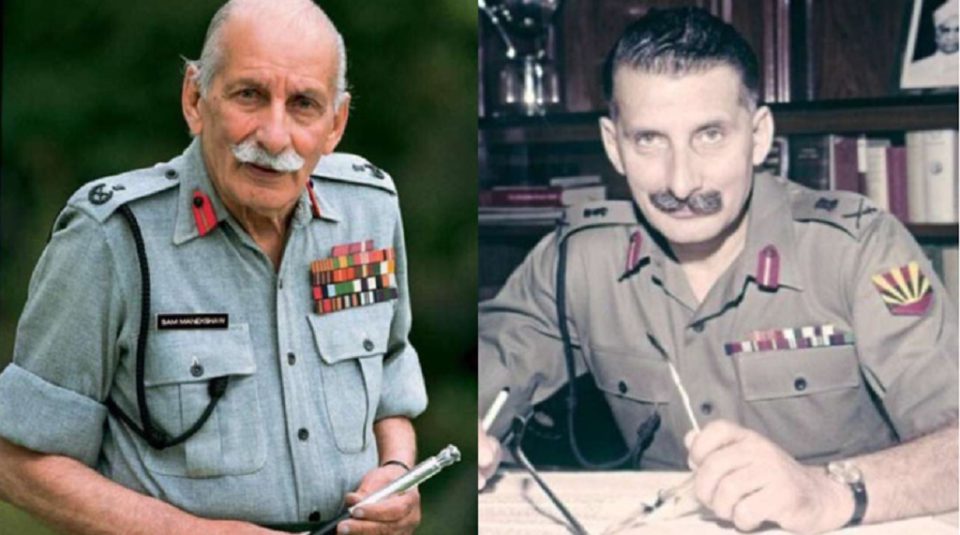 Field Marshal Sam Hormusji Framji Jamshedji Manekshaw was the Indian Army Chief and commanded the Indian forces during India Pakistan war in 1971. The first look of the movie poster was released on the death anniversary of Field Marshal Sam Manekshaw in 2019. The actor stated, “I feel honoured, emotional and proud of getting a chance to unfold the journey of this fearless patriot, the swashbuckling general, the first Field Marshal of India- Sam Manekshaw. Remembering him on his death anniversary today and embracing the new beginnings with Meghna Gulzar and Ronnie Screwvala,”

While talking about his role in the movie, Vicky Kaushal said that he had heard lots about Sam Manekshaw from his parents since his family too belonged to Punjab. They had seen war closely which made Vicky choose this movie biopic instantly as he could relate the movie scenes from real life. He claimed, “He was truly a legend this country had. It’s an honour of the highest order to get an opportunity to play this part.”

Field Marshal Sam Manekshaw was born in Amritsar in Punjab to a Parsi family. His father Hormusi Manekshaw was a doctor by profession and his mother Heerabai was a homemaker and had moved to Punjab from a small town named Valsad in Gujarat.

Sam Manekshaw completed his schooling at Punjab and Sherwood College in Nainital. He received a distinction in the School Certificate Examination of the Cambridge Board when he was 15. Sam Manekshaw refused to go according to his father’s wish to go to London and become a gynaecologist. Instead, he took the entrance exams to get enrolled in the Indian Military Academy IMA in Dehradun. He was among the first 40 cadets to score high marks and thereafter cleared all the rounds successfully. This was only the beginning of his glorious military career spanning more than decades.

One of the most celebrated field marshals and a military general in India, Sam Manekshaw received a Padma Vibhushan and Padma Bhushan too. He was commissioned as the second lieutenant in the British Indian Army after he graduated from IMA in 1934. Later in 1938, he was accustomed to many languages including Urdu, Punjabi, Hindi, English and Gujarati thereby qualifying himself as a Higher Standard army interpreter in Pashto.

During the war, Sam Manekshaw had once escaped death after sustaining many bullet injuries. He had received a Military Cross for a brave encounter when he was stationed during World War II in Burma. He was shot in his stomach by a Japanese soldier during spearheading counteroffensive against the Japanese Army.

Sam Manekshaw was the commanding officer of the 3rd Battalion of the 5th Gorkha Rifles in 1947. Before he moved in for his newly appointed post, Pakistan had already infiltrated Kashmir. The ruler of Jammu and Kashmir Maharaja Hari Singh had asked for help from the Indian government. On 25th October, Sam Maneksshaw joined the secretary of the States Department to Srinagar while V.P. Menon made an ariel survey of Kashmir situations.

During brief discussions made, Manekshaw suggested deploying troops so that Kashmir can be prevented from being captured by Pakistan. The next morning, Indian troops were sent and Srinagar was occupied while the Pakistan forces had reached the city outskirts only.

Field Marshal and Chief of Indian Army Staff Sam Manekshaw led the Indian Army during the 1971 war which helped the liberation of Bangladesh after 13 days. He was a man of his words and had a tough gut. His charismatic leadership convinced Prime Minister Indira Gandhi that the Indian Army was not ready for the war in 1971 April. But when the India-Pakistan war finally broke in December 197, Manekshaw led the team to deliver one of the most remarkable and swiftest victories India ever had.

The sad demise of Sam Manekshaw

Field Marshal Sam Manekshaw died at an age of 94 on 27th June 2008. His name has been etched in history forever as one of the greatest army men and a soldier India has ever seen. He is more popularly known as Sam Bahadur by citizens.