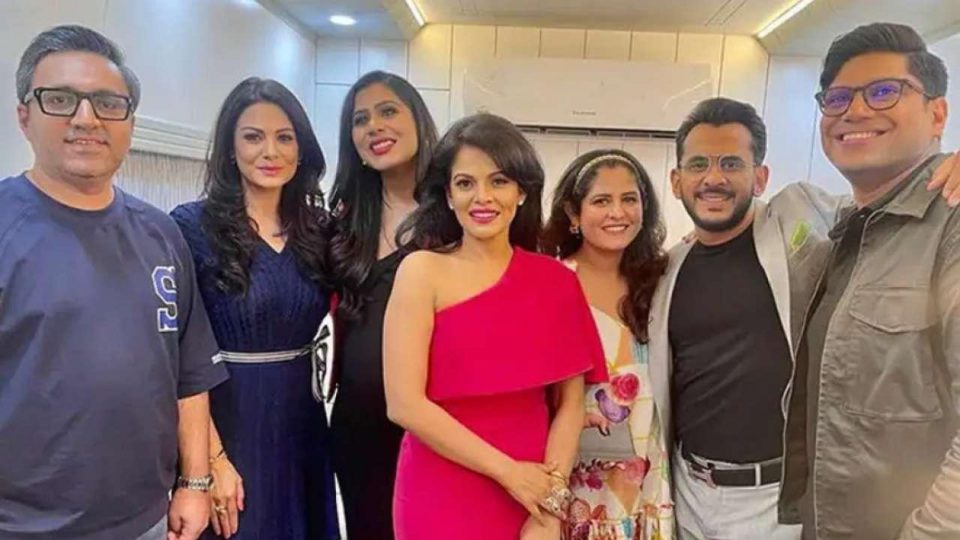 The Indian version of Shark Tank has achieved a massive fan following as many start-ups and ventures in need of money are provided financial assistance in the show. The judges are smart, motivating, empathetic, and can provide startup owners with a good idea of their chances of getting a profitable investment in exchange for their company’s shares. Shark Tank India is a unique show that not only encourages startups and entrepreneurial skills in India but also inspires others to join the race and become market leaders. Below, we have gathered information about the seven judges of Shark Tank India and why people are loving them so much.

Perhaps, the richest judge and a highly intellectual person, Ashneer Grover is one of the judges in Shark Tank India. He was born on 14th June 1982 in Delhi and completed his graduation from the Indian Institute of Technology Delhi and Indian Institute of Management Ahmedabad. His experience includes Gofers, Kotak Investment Bank, American Express, PC Jewelers, as well as Bharat Pe. He was the one who founded Bharat Pe, a fintech app in 2018 which has now more than one crore users in India. Madhuri Jain Grover is Ashneer’s wife and she is also an entrepreneur.

As per reports, Ashneer’s net worth is $95 million.

Investments made by Ashneer Grover in Shark Tank India

A successful entrepreneur and Shark Tank India judge, Anupam Mittal was born on 23rd December 1971 in Mumbai. He completed his MBA in Operation and Strategic Management from the United States between 1994-97. Anupam Mittal is the Founder and CEO of People Group and an investor in the Shark Tank India Reality Show itself. Apart from it, this Shark Tank India judge had also invested in two Bollywood movies including Flavours and 99 as the film producer. A popular app named Mauj that resembles Tik Tok is a part of his business module. He had founded Shadi.com in the year 1997 which was earlier known as Sagaai.com. Although the company has gone through many ups and downs, millions of people around the world use it.

As per sources, Anupam Mittal’s net worth is approximately $25-50 Million.

Born on 21st March 1977 in Pune, Maharashtra, Namita Thapar is one of the Shark Tank India judges. She is married to Vikas Thapar and together they have two sons, Vir Thapar and Jai Thapar. Namita had completed her schooling in Pune and later graduated from ICAI as a charted accountant. Later, Namita pursued an MBA degree from Duke University Fuqua School of Business. Namita had worked with Guidant Corporation for 6 years after which she joined Emcure as the company’s CFO. It can be said that her hard work and dedication made her the Chief Executive Director of Emcure Pharmaceuticals.

Namita has also delivered speeches at the Indian Institute of Management, Harvard Business School, FICCI and ET Women’s Conference among other notable venues. Namita is also active on her social media accounts and owns a YouTube channel called ‘Unconditional Yourself with Namita’ in which she addresses female’s wellbeing matters in society. She is also an active member of various government-approved programs like NITI Aayog Women Entrepreneurship Platform, Champions of Change and Digital Health Task Force.

As per sources, Namita Thapar’s net worth is approximately $3.5 million.

Bummer, The Quirky Nari, Skippi Pops, Find Your Kicks India, Aas Vidyalaya, Nuutjob, Farda, Beyond Water, WeSTOCK, Menstrupedia, Altor, IN A CAN, Auli Lifestyle, Cocofit, Get A Whey, and The Renal Project.

Born on 26th April 1985 in New Delhi, Peeyush Bansal is one of the Shark Tank India judges and a successful business personality. He completed his schooling at Don Bosco High School in Delhi and graduated from McGill University in Canada. His post-graduation was completed at the Indian Institute of Management Bangalore. Peeyush worked as a programmer in the Microsoft company and in 2007, he became the CEO of Lenskart. He established Searchmycampuc.com along with Valyoo technologies. The two technology firms sell glasses online in the US.

According to sources, Peeyush Bansal’s net worth is approximately $80 million.

Born on 2nd September 1988 in Haryana’s Gurgaon, Ghazal Alagh completed her post-graduation studies in 2011 from the Punjab University. She is married to Varun Alagh and together, they have a son named Agastya Alagh. In 2016, Ghazal and her husband Varun founded MamaEarth, which is the first Indian beauty brand free of toxic chemicals. MamaEarth is one of the fastest-growing companies in India today that deals in baby products and personal care brands. In 2019, her firm’s revenue crossed the 17-crore mark and is expected to cross the 200 mark this year.

According to sources, Ghazal Alagh’s net worth is approximately $ 10-20 million.

Yet another female entrepreneur and a popular Shark Tank India judge, Vineeta Singh was born in the year 1991 in Delhi. She did her schooling at Delhi Public School and Rama Krishna Puran in Delhi. Her graduation and post-graduation were completed in IIT Madras and IIM Ahmedabad respectively. Vineeta is been married to Kaushik Mukherjee and together, the couple has two children named Kaushik and Vikrant. She became the co-founder of Fab Bag in 2012 and is serving as a CEO in her own company Sugar Cosmetics India.

According to sources, Vineeta Singh’s net worth is approximately $8 Million.

Born on 1982 in Delhi, Aman Gupta is a Shark Tank India judge, Marketing Director and co-fonder of BOAT. He completed his schooling from Delhi Public School and R.K. Puram. Aman graduated from Delhi University in Commerce and completed his CA degree from ICAI. Later, he pursued MBA from the Indian School of Business in Finance and Strategy. In spite of the pandemic, his company, BOAT, which deals in headset equipment, has a market share of 27.3% and more than 500 crores in revenue. After he completed his MBA course, Aman worked with many firms. He was the Director of India Sales at Harman International which deals in audio products powerhouse. He founded “ship” in 2016 which started selling fashionable audio equipment.

According to sources, Aman Gupta’s net worth is approximately $ 95 million.

Know How to Stop Overeating by Following Simple Life Hacks