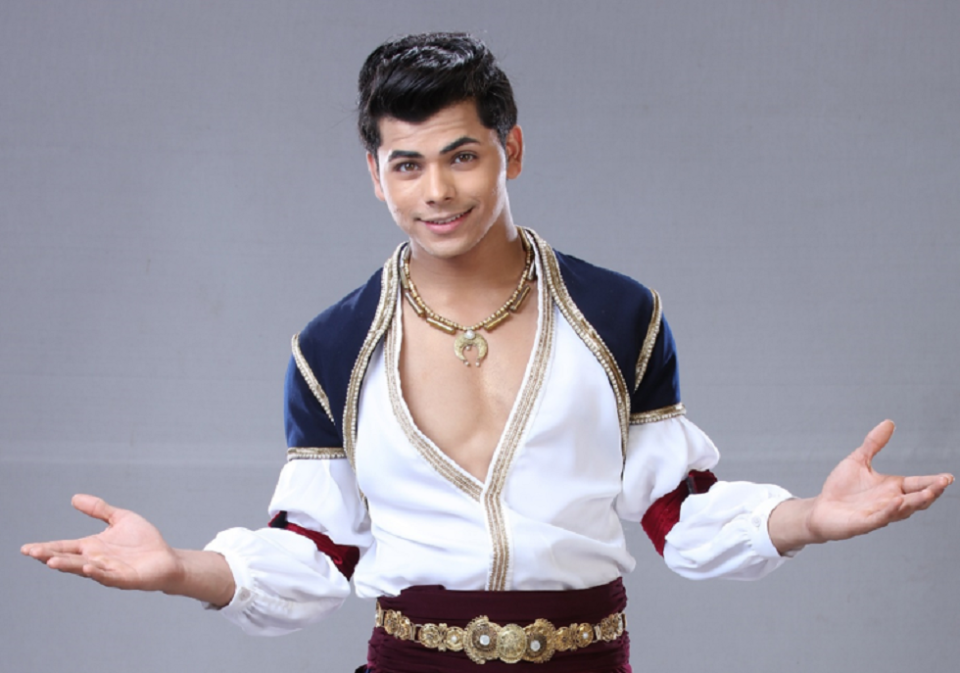 Although the Indian entertainment industry has many actors and actresses who started their acting career at a young age, most of them gained popularity after growing up. We are talking about an actor Siddharth Nigam who gained a similar kind of popularity and gradually became the favourite of many Indians. Most popularly, Siddharth is known for his young role in Dhoom 3 as Sahil and Samar. He is the one who played young Mauryan prince, Ashoka in Chakravartin Ashoka Samrat along with prince Bindusara in Chandra Nandini. In between 2018-2021, Siddharth played Aladdin role in Sab TV’s Aladdin-Naam Toh Suna Hoga and is more recently seen as Shivay in Hero-Gayab Mode On. Siddharth Nigam is one of the most sought-after actors in India. In the year 2020, he reached the 1 million mark on his YouTube channel.

Born in Prayagraj city, Siddharth Nigam spent most of his childhood days in Uttar Pradesh. He received his schooling from Khel Gaon Public School in Pune. After winning many other medals in school competitions, Siddharth moved to Mumbai from Allahabad with his family. There, he participated in the 58th National School Games held at Pune and received a gold medal in the parallel bar along with a silver in the high bar which means, he likes to take part in sports since childhood.

Siddharth Nigam is a national-level gymnast too. When he was 6 years old, he used to practice gymnastics. This is the reason behind his love for fitness and according to Siddharth,

“I started practising gymnastics when I was 6yrs old and now I have 8 abs and only I know how much hard work was needed along with my sweat, my blood, my tears, everything. But gymnastics has helped me a lot in every field be it studies, acting, dancing, my behaviour, attitude“.

This highly talented and handsome actor on the silver screen is not only famous for television program performances but also because of his videos posted on the YouTube channel. He was initially recognised by television viewers in the 2011 Bourvita Ad. Due to his excellent performance in the advertisement, he was given his first debut role in Dhoom 3 as Sahil and Samar. Now you can make out how Siddharth Nigam’s gymnastic skills helped him in getting a role in such a big-budget movie. The film was released in 2013 and was directed by none other than Vijay Krishna Acharya. Although the movie did not get much appreciation at the box office, Siddharth Nigam journey as an actor took a great pick up.

In 2016, Siddharth Nigam was again seen in Jhalak Dikhla Ja 9 that boosted his popularity further. His first television show was Mahakumbha: Ek Rahasya Ek Kahani where Siddharth played the key role of Rudra. Next, he bagged Chakravartin Ashoka Samrat and Bandini’s prince’s role. Along with Jannat Zubair Rahmani, Siddharth featured in a video song named Zaroori Kai Kya Ishq Mein. The singer of the song is Papon and the song can be viewed on Siddharth Nigam’s YouTube channel.

In 2018, Siddharth was featured in a new song video, Tu Aaya Na. the soulful album was sung by Shyamoli Shanghai who played the actress role in the song. The song was liked by many viewers and has more than 19 million views on Siddharth’s YouTube channel.

Regarding his next video song, it is reported that Siddharth will do a project with Neha Kakkar and hence after he is planning to join Riyaz Aly Tik Tok fame. More recently, his show Aladdin completed around 250 episodes in February 2021.

Although Siddharth Nigam has not made any official statement about his affairs, it is reported that he and Avneet Kaur were dating for some time. Their on-screen chemistry is loved by all and is undeniable. During an interview in the Hindi Rush, he was asked by an interviewer about his relationship with Avneet Kaur. All he replied was, “She is very focused and hardworking”. So, we cannot clarify whether or not she is the girlfriend of Siddharth Nigam or not but from their YouTube videos and social media posts, you can make out that they are very good friends.

As we all know that Salman Khan has always extended his support for struggling actors. Besides, he is also seen supporting many commoners and other people belonging to the film and entertainment industry. Similarly, Siddharth Nigam has reported media about his gratitude for Salman Khan in helping him to increase his salary for the show Aladdin: Nam Toh Suna Hoga.

Siddharth Nigam said, “We would work out together. Salman sir had asked me about my per day salary once when I was working on Ashoka and he was really shocked after hearing it. Since my per day was very low at that time, he called up someone and told that person how low I was being paid. And after he spoke about it and there was a boom in my per day after a year of being on Ashoka.”