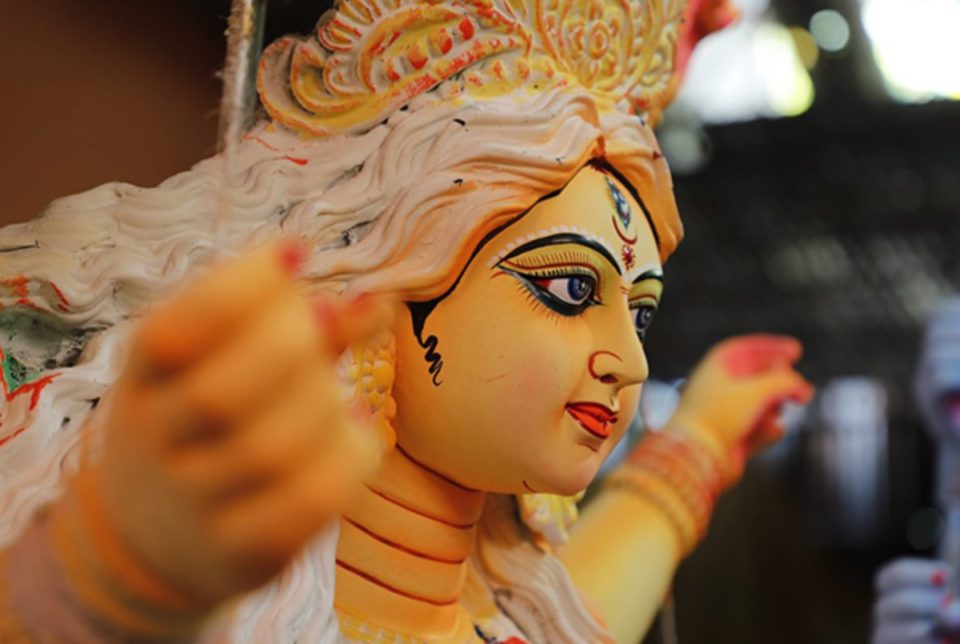 On 15th December 2021, UNESCO declared Kolkata Durga Puja as one of the Intangible Cultural Heritage. This is indeed giving our 331-year-old city festival international recognition besides making Durga Puja a big cultural a religious festival.

This is a proud moment for West Bengal and the 37 thousand Durga Puja committees that have been organized in the state. As per Hindustan Times, 2500 pujas are held in Kolkata city. Thus, the committees had appealed to UNESCO to recognize Durga Puja as an Intangible Cultural Heritage rather than a mere festival celebrated in India. The Kumbh Mela and Traditional Yoga is already been recognised since 2017 and 2016. Nevertheless, Durga Puja was listed as a global event this year as well.

The UNESCO website stated, “Durga Puja is an annual festival celebrated in September or October, most notably in Kolkata, in West Bengal of India, but also in other parts of India and amongst the Bengali diaspora,”. It also wrote that the festival is meant for cultural activities, involving many artisans and mass participation.

“Durga Puja is seen as the best instance of the public performance of religion and art, and as thriving ground for collaborative artists and designers. The festival is characterized by large-scale installations and pavilions in urban areas, as well as by traditional Bengali drumming and veneration of the Goddess. During the event, the divides of class, religion and ethnicities collapse as crowds of spectators walk around to admire the installations,” UNESCO said.

Although this is a moment of pride for the nation, it is not the first time that an Indian historical tradition has made the list. Durga Puja is India’s 14th intangible cultural heritage asset to be added to the list.

The Kumbh Mela — “the largest peaceful congregation of pilgrims on earth, during which participants bathe or take a dip in a sacred river” — was added to the 2017 Representative List as an Intangible Cultural Heritage of Humanity.

The Kutiyattam, one of the oldest living theatrical traditions in India is more than two thousand years old. It reflects Kerela’s local traditions and Sanskrit language classicism. UNESCO says regarding Vedic Chanting that, “the value of this tradition lies not only in the rich content of its oral literature but also in the ingenious techniques employed by the Brahmin priests in preserving the texts intact over thousands of years. To ensure that the sound of each word remains unaltered, practitioners are taught from childhood complex recitation techniques that are based on tonal accents, a unique manner of pronouncing each letter and specific speech combinations.”

Ramman, the Garhwal religious festival and ritual theatre conducted in late April each year in the twin villages of Saloor-Dungra in Uttarakhand, was added to the 2009 Representative List.

Three new components from India were added to Representative List in 2010. These included the Chhau dance, Rajasthan’s Kalbelia folk songs and dances, and Mudiyettu, Kerala’s ritual theatre and dance play. Chhau dance is an eastern Indian practice in which male dancers from traditional artists’ families perform tales from epics, local folklore, and abstract concepts. The Kalbelia tribe of Rajasthan were traditionally expert snake handlers, and their folk songs and dances reflect this. Muddiyettu, a ritual dance drama from Kerala, tells the story of a fight between goddess Kali and the demon Darika.

In 2012, Buddhist chanting from Ladakh was added to the UNESCO list, and in 2013, Sankirtana, Manipur’s ritual singing, drumming, and dance, was added. Yoga practises and the Parsi New Year Novruz was on the 2016 list. But Novruz isn’t just observed in India; it’s commemorated in Afghanistan, Tajikistan, Iraq, Kazakhstan, Kyrgyzstan, Azerbaijan, Uzbekistan, Iran, Pakistan, Turkmenistan, and Turkey, as well.