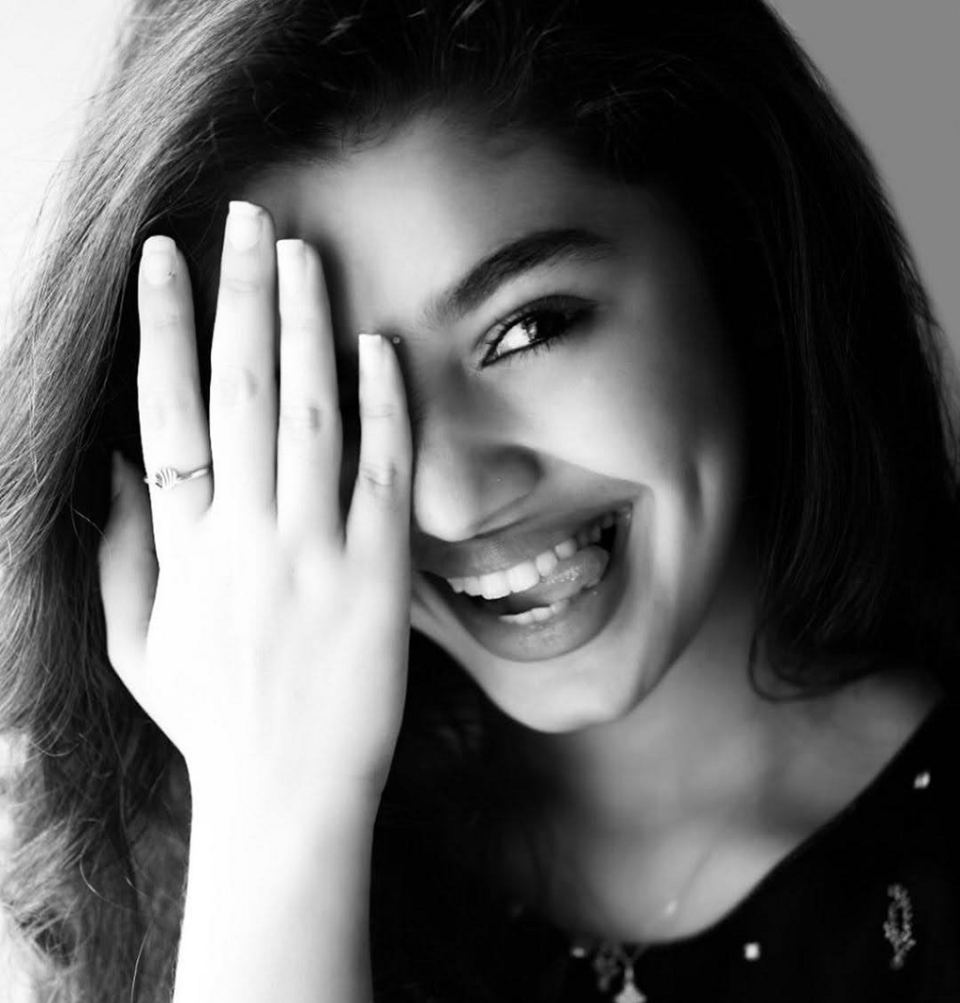 Indian actress Krithi Shetty who became an overnight star with the tremendous success of her debut movie ‘Uppena’ starring Vaishnav Tej has now become one of the most sought-out actresses in the industry. Krithi Shetty known by the stage name Advaitha was born on 21 September 2003 in Mumbai, India. By profession, she performs as a TV series actress and also in TV promotions ads. The Indian actress appeared in predominantly Tamil-language films although she has shifted to Bengaluru as she is pursuing her education with a bachelor’s degree from Bengaluru University.

Krithi Shetty was born into a Tulu-speaking family in Mangalore, Karnataka. The birthplace of Krithi Shetty is either Udupi or Mumbai, India and now she is settled in Bengaluru, India. She was born on 21 September 2021 and the Indian actress is now 17 years old. She will appear in the upcoming Tamil, Telugu movie Uppena and Her father’s name is Krishna Shetty and her mother’s name is Neethi Shetty. Her religion is Hinduism.

Krithi started acting from childhood. She is a Bharatanatyam dancer. According to the Indian actress’s interview with a magazine the story goes that theater director Jai Theertha liked her performance and persuaded Kriti to join the Samasti Sunday School of Drama. From then on, she started acting in drama and theater. She graduated with a diploma in drama.

At one of her Bharatanatyam performances, theatre director Jai Theertha, noticed that the Kollywood actress is very talented and he convinced her to join Samasthi Sunday School of Drama. Consequently, she pursued a diploma course in drama and performed in a play titled ‘Preethi’.

The Indian actress hit a milestone in her life with ‘Kathana’. Later she got an opportunity to star in ‘Sadarame’. Advaitha gave her best in all 26 shows, performed all over Karnataka. “I never let anyone perform my character as I was very possessive about my role. Even on our 26th show, we saw a great audience response to our play,” she added.

Krithi or Advaitha collaborated with well known director Sunil Kumar Desai, and bagged the lead role in the film ‘Sa Ri Ga Ma’. At the same time, she met Murali from the Tamil film industry who offered her an opportunity to play the lead role in ‘Sagakkal’ directed by L M K Swami. She said, “I was hesitant to accept the role as I did not know the language or anything about the industry. But today, I know whom to approach for guidance and I am comfortable with the projects that have been offered to me.”

The actress known as Advaitha then played a lead role in Suseenthiran’s critically acclaimed Azhagarsamiyin Kuthirai (2011) alongside Inigo Prabhakaran, before featuring in another little known Tamil film Kondaan Koduthaan, the following year. She worked again with Suseenthiran, portraying a small role in Pandiya Naadu.

The actress has been receiving so many offers from the industry. But as per the latest reports, the actress has rejected the offer to play the female lead in Sai Dharam Tej’s upcoming movie which is tentatively titled as #SDT15. It seems like Advaitha also known as Krithi Shetty has politely rejected the offer. Some are claiming that the Tamil actress is in no rush to sign her next projects and is being very choosy about her films.

She changed her name:

In 2013, the Indian actress changed her screen name from Advaitha to her original name in time for the release of Snehavin Kadhalargal. She noted that the name Advaitha had been chosen for numerological reasons, but stated she did not like the way people pronounce the name.

Here’s why she didn’t enter the Kannada film industry:

Admitting her regret over her failure to get roles in the Kannada film industry she said, “I waited for a good script for a very long time. The industry expects actresses to be more glamorous. As a result, I was offered the role of a sister and other side roles in Sandalwood.