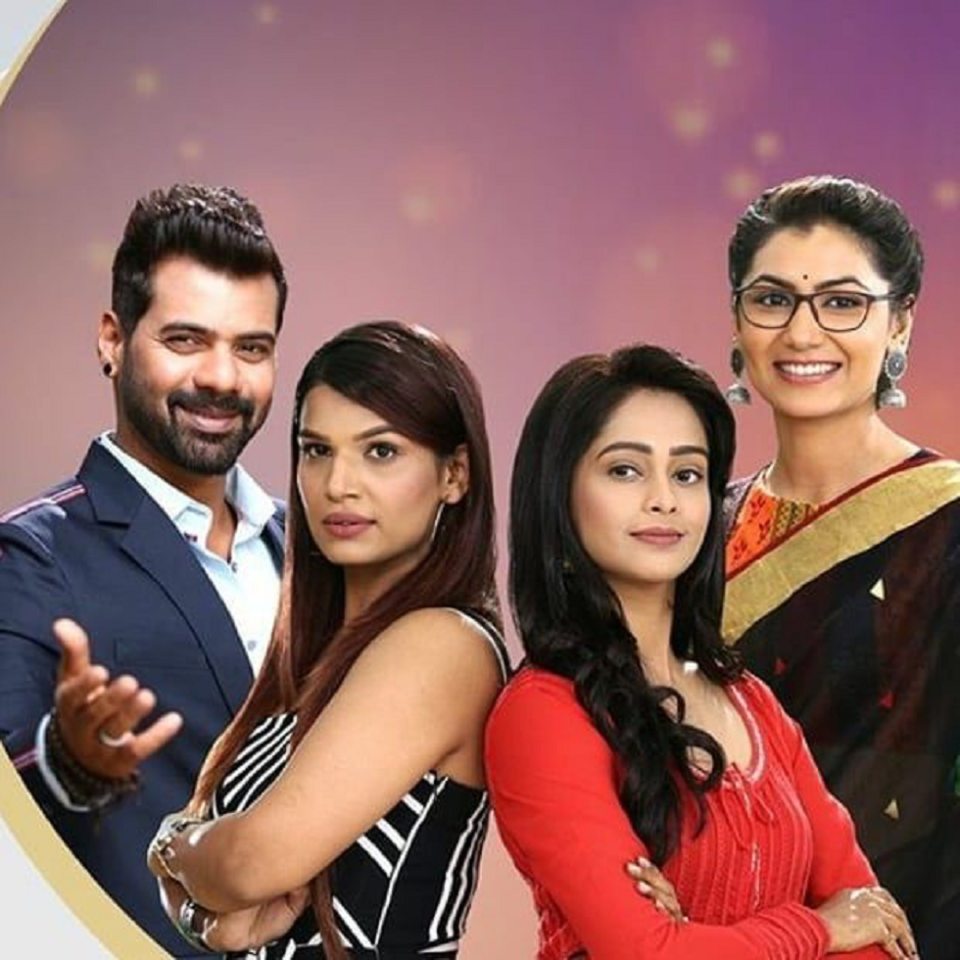 Kumkum Bhagya is an Indian Hindi serial on Zee TV that started on 15 April 2014. This serial is produced by Ekta Kapoor and Shobha Kapoor through their company Balaji Telefilms. This serial is directed by Muzammil Desai and Sharad Yadav where Shabbir Ahluwalia and Sriti Jha play the lead roles.

1. The name of the show is unique

It is a love story, produced by Ekta Kapoor and Shobha Kapoor. Ekta Kapoor feels that serial names starting with K are lucky for her. Hence the name of this serial was also named Kumkum Bhagya.

2. The head of the Zee TV program stood behind Ekta’s vision

“This serial will be shown in place of another good serial, so that you can understand how much trust we have in this. This serial will replace Zee TV’s very special serial Pavitra Rishta which has been running for 4 years and has been the most favorite of the Indian audience.

This pair of Manav and Archana is very much liked by millions of people while eating dinner. Kumkum Bhagya is also the second best story based on a Punjabi family that lives in Mumbai in which a mother keeps searching for a perfect relationship for her two daughters.

Ekta has dramatized this beautiful love which is totally different from other Roj Roz Ke Saas Bahu Ka Kahani.”

3. The series was released on April 15, 2014 on Zee TV and in recent times, releases under a streaming network

The series also aired on Zee TV HD and Zee TV Asia. The show is also broadcast internationally on International distribution channels. Airing on Zee TV Sri Lanka, South Africa, Indonesia, in Pakistan on the Geo Kahani channel which still has a contract with EEZ. Translated to Tamil under the title Iru Malargal on Polimer TV, but discontinued,  it continued in Zee Tamil under the title Iniya Iru Malargal.

4. Reception of Kumkum Bhagya started off with a low rating

Shabbir Ahluwalia who has also acted in the Balaji Telefilms TV series, Qayamat, was chosen to play the lead role of Abhishek Prem Mehra.

Actress Sriti Jha was chosen as the female lead, Pragya.

In May 2014, Shikha Singh was cast as the main antagonist Aliya Mehra, while Madhurima Tuli played the negative role of Tanu, but Tuli was replaced by Leena Jumani in September 2014.

Actor Faisal Rashid was chosen to play the role of Suresh (Pragya’s fiancé) who played an important role in April–May 2014, but in May 2015 he left the series.

In 2015, Neel Motwani played the negative role, Neel. In June 2015, Nikhil Arya joined. In December 2015 Mrunal Thakur who played the role of Bulbul opted out.

6. The story begins with a love triangle between Pragya, Bulbul and Suresh, where Pragya loves Suresh, while Suresh loves Bulbul

A mother named Sarla Arora tries hard to match her eldest daughter Pragya but always fails because the candidates, in the end, prefer her youngest child Bulbul.

Pragya, the eldest daughter, is more practical, hard-working, and teaches at a college.

Bulbul, the sister who is stubborn, but loves her brother very much, works for Purab’s company.

Initially, the series followed Pragya and Suresh’s plans to get married, and then it is canceled after Pragya finds out Suresh loves the sister.

On the other hand, Abhi is a rock star and has a best friend, Purab. Purab is Bulbul’s boss, at first, they don’t like each other but in the end, they both fall in love. But Abhi has set up Purab with his sister Aliya. Aliya thinks Purab wants to break the marriage with her because he loves Pragya. In order to get Purab, Aliya asks her brother Abhi to marry Pragya.

Purab runs away on his wedding day with Aliya to marry Bulbul. The problem starts here. Aliya and Tanu plot a conspiracy against Pragya but their plan fails and brings her closer to Abhi. It starts with Aliya making a fake plot to bring down Pragya, but Abhi finds out the truth and his relationship with Bulbul and Purab improves. Then Aliya plans to kidnap Bulbul during her engagement, but it is Pragya who is taken.

It doesn’t stop there. Aliya tries to ruin Bulbul-Purab’s marriage by making Bulbul faint and forcing her to marry Purab, but then Abhi slaps her. Later, Nikhil, Aliya, and Tanu conspire to force Abhi to marry Tanu, arguing that he is the father of the child in Tanu’s womb. Pragya overhears their conversation, but before telling Abhi, she gets into an accident and returns with a brave look, and a new aim to reveal Abhi’s enemies.

Bulbul and Purab get married. However, in order to save his sister from Aliya, Bulbul risks her life and dies. Pragya gets angry and finally reveals the truth about Aliya, who was sent to Australia as punishment. Pragya finally finds out about Tanu and Nikhil’s relationship, takes a DNA test with the help of her friend Dr. Sheila. However, the doctor betrays Pragya because her daughter Pari was kidnapped by Nikhil and Aliya. Trying to help Pari, Pragya gets kidnapped by Nikhil and his men. Pragya manages to escape; Tanu tries to hit Pragya but she loses her child instead and blames Pragya. Abhi is angry, but Pragya manages to prove herself right. Both confess their love for each other but Abhi gets into an accident and loses some of his memories including Pragya. For Abhi’s sake, Pragya leaves him.

The story continues one month later when Pragya overhears her mother saying that she has lost Kumkum Bhagya’s wedding hall. To help her family, Pragya registers as a receptionist at the Love Life Music Company and meets her new manager, Saira. In the same company, Abhi comes to record a new album. They both meet there and start a new love story again. But again Aliya tried to separate the two of them.

After that, Tanu persuades Abhi to marry her as Abhi doesn’t remember that Pragya is his wife so Abhi agrees. Abhi also buys a mangalsutra for his marriage to Tanu, along with Pragya who changes her name to Nikita. Then, they choose the Mangalsutra but Tanu is busy choosing other jewelry while Abhi chooses the Mangalsutra with Pragya. While choosing the Mangalsutra, Pragya likes a Mangalsutra and Abhi also puts it on. Just when Abhi wanted to let go of his Mangalsutra, it couldn’t be released until he finally called the jeweler to let him go.

When a jeweler tries to release his Mangalsutra suddenly, a group of robbers who want to rob a jewelry shop are visited by Tanu, Abhi, & Pragya. When the robbers took the jewelry & money that were in the shop, it was Pragya who secretly called Purab. Abhi sees Pragya talking to someone on the phone and asks Pragya to hang up. The robbers also know that Pragya is calling someone, and point a gun at Pragya’s head. Abhi can’t bear to see Pragya who is scared, he dares to save Pragya. Abhi also approaches the robber and the robber shoots Abhi, Abhi being shot starts strangling the thug who points his gun at Pragya.

The police and Purab, hearing the gunshots, start moving forward inside the jewelry shop.

Because Abhi, who was weak because he was shot, was no longer strong enough to fight the robbers, Pragya who couldn’t bear to see Abhi helped Abhi by trying to remove the gun from the robber’s hand. Pragya also approached Abhi who was weak and the robber wanted to try to shoot Pragya, but the police shot the robber before the robber managed to shoot Pragya. Pragya is trying to protect Abhi from people who almost want to step on him, Purab goes to them and rushes to call an ambulance. While Purab calls the ambulance, Abhi weakly holds Pragya’s Mangalsutra and remembers everything about Pragya.