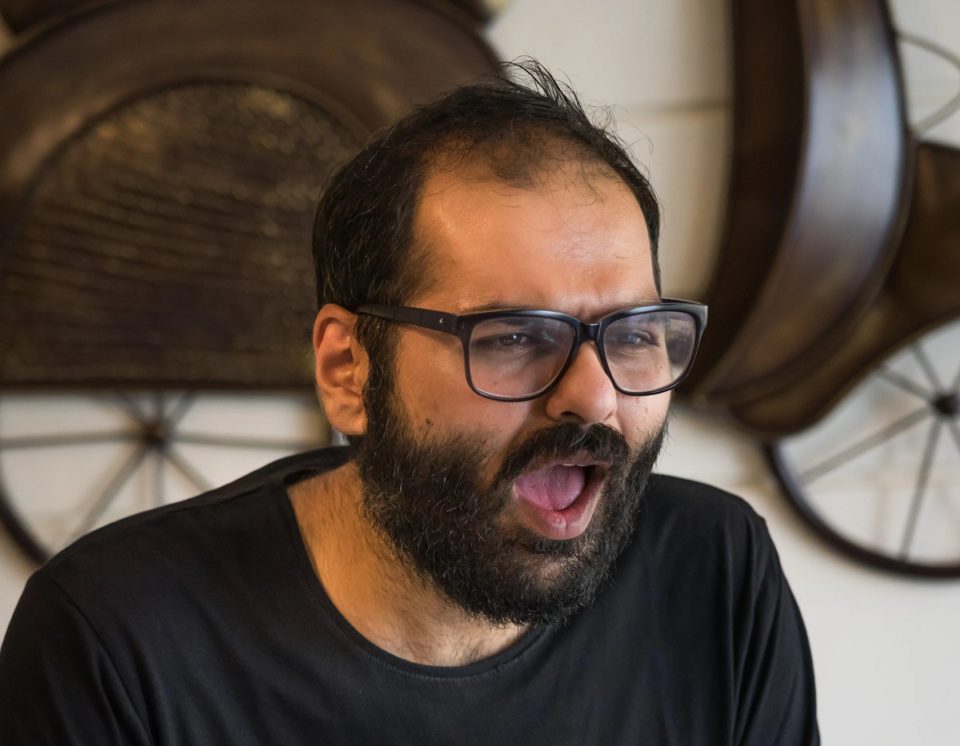 Comedian Kunal Kamra has hit out at the Vishwa Hindu Parishad (VHP) in an irreverent letter, days after his show was cancelled in Gurgaon under pressure from the Sangh parivar. Kamra was scheduled to perform at Studio Xo Bar in Sector 29 on September 17 and 18. In an Instagram post on August 29, the bar released a poster titled ‘Kunal Kamra Live’ with the show timings and ticket details. After the Bajrang Dal and Sena intervened, the club manager decided to cancel the show and did not file a complaint with the police.

The letter was shared by Kamra on his social media handle stating “You threatened the club owner and got my show in Gurgaon cancelled. How can I blame the poor man? He has to run a business; how will he deal with goons? Neither will he go to the police. Even if he goes to the police, the police will come to you to make a request. The whole system is yours. But when have I disrespected Hindu culture, that you have accused me of? If there is any clip or show, please show it to me as well. I only do satire on the government. If you are the government’s pet, you can be offended. How did Hindu come into this? I don’t think it necessary to give a test about my relationship with God. But I will still give a test and test you as well. I say Jai Sita Ram and Jai Radha Krishna loudly and with pride. If you are truly the children of India, write (Mahatma Gandhi’s assassin Nathuram) Godse murdabad. Otherwise, I will think you are anti-Hindu and pro-terrorism. You don’t consider Godse to be God, do you?”

Meanwhile, calling him an ‘anti-Hindu’ and a hatemonger, VHP spokesperson Vinod Bansal wrote on Twitter “In the name of freedom of speech, some artists want to destroy art completely. We will not let him (Kamra) perform anywhere. We will protest democratically and teach such people that Hindu sentiments must be respected.”

Last month, Delhi police had withdrawn permission for a comedy show by Munawar Faruqui after complaints from the VHP. Faruqui was arrested last year in Indore, Madhya Pradesh, after a BJP member complained that he might malign Hindu deities in a comedy show he was to perform at.

Entertainment: National Cinema Day to Be Celebrated on September 16, Tickets Available at Rs 75