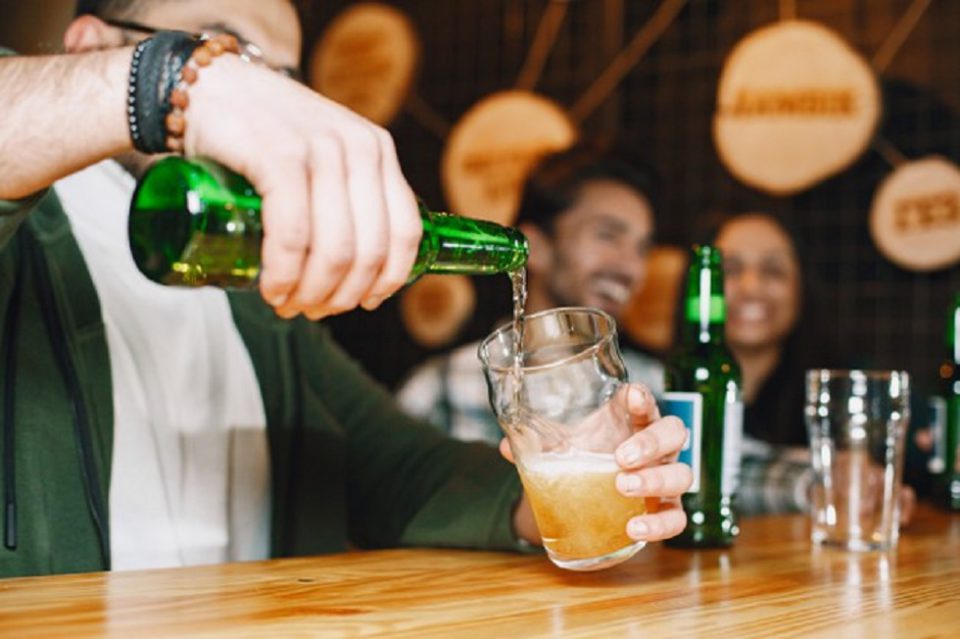 Whether Benjamin Franklin said it or not, beer is indeed proof that God loves us and wants us to be happy! I mean, what’s better than a Saturday night, chilling with your friends, sipping good beer with a large cheese burst pizza?

Beer was introduced to India by the British. They gradually established a brewery that created Asia’s first beer, Lion, a pale ale. However, lager is now the most popular form of beer sold in India. Numerous beer companies in India are concealed under the guise of well-known, major brands.

Here’s a list of the lesser-known Indian beer brands that you probably might not have tried yet.

This gives it body and a fresher flavour. Godfather Lager and Lite beers are much bitterer than many other lagers like Kingfisher Premium. Godfather is primarily consumed in northern India, where it is common among young people. Depending on the economy, the brand has market shares ranging from 20 to 50 per cent.

Kalyani Black Label is among India’s oldest lagers (and others claim it’s a drink for old people). It is renowned in West Bengal, where it was first introduced in 1969. The beer is called so after one of United Breweries’ first breweries, located in Kalyani, West Bengal, near Kolkata. It is common both in eastern India and Delhi, and it is available in both mild and strong variants. It is a smooth, mellowed brew with an added bite. Kalyani has 7.8 per cent alcohol content and a pleasantly sweet aftertaste. It is overall a good choice if you want a beer with a lot of flavours.

Goa’s gorgeous beaches and King’s beer go together like peanut butter and jelly. This beer was previously exclusively sold in Goa before it was purchased in 2015 by Viking Beverages (owned by actor-producer Sachiin Joshi’s Viiking Ventures). Expansion in India followed, as did the addition of two new types of beer to the lineup. The actual King’s Black Label Premium Pilsner is a light-flavoured, pale-coloured beer with a smoky malt odour. It has a 4.85 per cent alcohol content. As per India’s latest demand for strong beer, a stronger version with 8% alcohol is now available. It’s important to note that both beers are gluten-free.

Simba is the latest craft beer brand to look out for, particularly if you dislike bitterness in your beer. It roared (excuse the pun) into existence in 2016 and has since been gradually rolled out in cities throughout India. To cover the market, the brand sells four distinct variants: Wit (Belgian-style crisp, light-bodied wheat beer with traces of orange and lemongrass, at 5% alcohol), Stout (dark and chocolatey yet light-bodied, at 4.5 per cent alcohol), Strong, and Light. The first two are targeted at young customers in major Indian cities. The Stout is noteworthy for being India’s first bottled stout.

Briggs is a Bengaluru-based company that only provides their amber loveliness on tap and in bottles in the city. They have four frothy beers under their name, Willy’s Witbier (Belgian witbier), Stout Alchemy (Irish stout), Hoppy Feet (American IPA), and Griffin (Belgian strong ale). They use Belgian products and offer their special craft versions of traditional concoctions that are not to be overlooked.

Kati Patang is a popular Himalayan spring water-brewed beer known for its moderate caramel taste with citrus notes. This dark ale supports the brand name, which emphasizes unrestricted independence and unbound imagination, and is ideal for those who prefer flavour over froth in their beers. The use of organic products and high-quality notes truly distinguishes it as a one-of-a-kind beer to savour in 2021. Kati Patang is a two-year-old company that serves a conventional wheat beer, Snappy Wheat, with a spin of strong flavours such as lemon rind, peppercorn, coriander, ginger, and turmeric.

A brand name that has made a fortune off of widely known culture’s greatest catchphrase: the BroCode, has also made a fortune serving high alcohol content beers in India. BroCode produces three strong variations, the most notable of which is the BroCode Crafted Brut, which is available in two ABV variants of 10% and 15%.

Maka Di is Konkani for “Give Me.” And if you’ve been trotting along the beaches of Goa drinking King’s Beer, perhaps this is a sign to try Maka Di the next time you’re in the party haven. This beer is produced by the Goa-based Latambarcem Brewers. What’s great about it? They have five different varieties, including Maka Di Honey Ale, American Lager, Belgian Tripel, Belgian Wheat-Blanche, and The Bavarian Keller.

This underappreciated beer brand will spark your curiosity with images of the mysterious Khajuraho temples on its labels. This light golden beer has a slightly sweet taste and is sold in two varieties: Super Strong (8.5-9 per cent) and Lite (4.5 per cent). Khajuraho Beer, introduced in 1969 by Lilasons Breweries Ltd, states to be India’s first super strong beer. This beer is ideal for a hot day when all you want is a cool beer with your non-vegetarian snacks.

You could call it a well-known beer brand, and it hasn’t yet received the recognition it truly deserves. UB Export by United Breweries, developed by the same parent company that also produces Kingfisher, has an ABV of 5% and a slightly sweet taste on the taste buds. It comes in two varieties: premium and strong, both of which are reasonably priced. So, if you’re short on cash and still want to enjoy a tasty beer, pick any version of UB Export without any hesitation.

Although Toit’s Basmati Blonde is an excellent golden ale, Yavira’s Crafted Basmati Pilsner, which debuted just a year ago, is a hoppy lager that pairs well with spicy foods. It is produced by Kimaya Himalayan Beverages LLP, the same company that released Bee Young last year. But first, in case you’re wondering what ‘Yavira’ implies, it’s Sanskrit for beer.