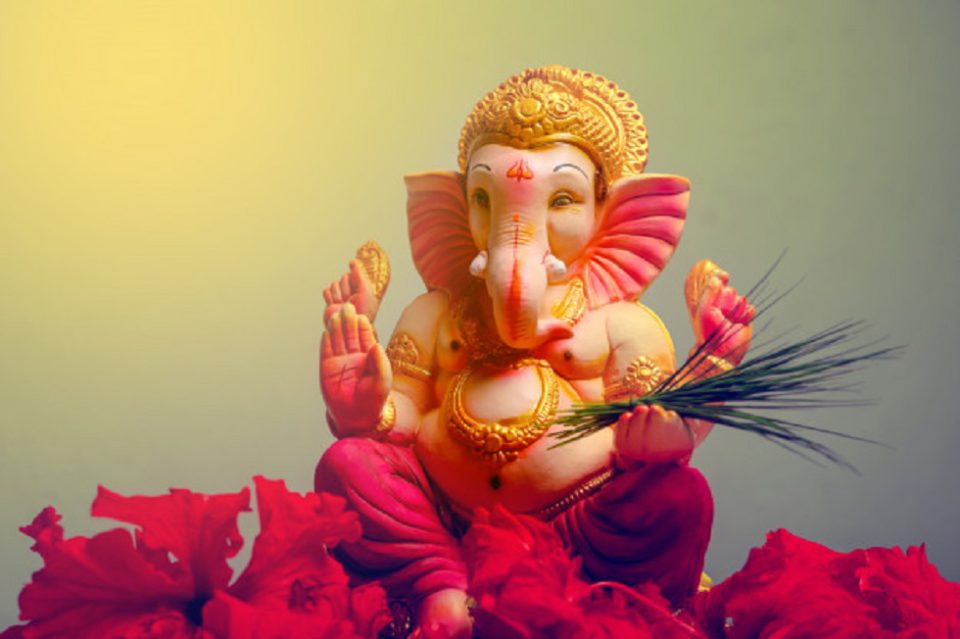 Lord Ganesha is one of the most popular and widely worshipped gods of the Hindu religion. Lord Ganesha’s image can be found on just about everything auspicious. His image and hymns to his name are always printed on wedding invitation cards. Lord Ganesha is also lauded as a “vighnaharta” (remover of obstacles). Because of that, he is usually worshipped at the start of something auspicious. In fact, the Hindi phrase “Shree Ganesh karna” stands for starting something. As Ganesh Chaturthi is approaching, one of the biggest topics of discussion in India is whether devotees should be allowed to gather and celebrate the festival during the COVID-19 pandemic. However, in this post, we won’t be talking about that issue. There is a lot of deep symbolism associated with Lord Ganesha aside from the prevalent ideas, we will take a look at that. Let’s get started.

Lord Ganesha: What do the Symbols Mean?

Who is Lord Ganesha?

Aside from the popular elephant’s head imagery, Ganesha is also considered to be a formless type of divinity. The anthropomorphic elephant form is to help the devotee attach an image to the holy divinity. Mythologically speaking, Ganesha is the son of Lord Shiva and Goddess Parvati. However, unlike their elder son Kartikeya, Ganesha was born under different circumstances.

What does Ganesha mean?

The word Ganesha is made up of two words (since it’s not an English name, it’s not a portmanteau, but a very common way to create words in languages such as Sanskrit and Hindi). In the most simplistic terms, it’s a combination of “gana” and “isha”. “Gana” means a group and “isha” means the lord or master. The word “gana” usually refers to the group of semi-divine beings that are a part of Shiva’s retinue. As per some other commentators on the topic, the name could also mean “Lord of hosts” or “Lord of created categories”. Lord Ganesha can be considered to be the Lord of all the groups of atoms and energies. Lord Ganesha is also supposed to be the supreme consciousness that flows through every living being and maintains order in the universe.  Lord Ganesha can be described as the following

What is the essence of Lord Ganesha?

As per the legendary saint, Adi Shankaracharya, the essence of Lord Ganesha can be described as the following:

What is the story behind Lord Ganesha’s origins?

It’s a very popular story and most people who are familiar with Hindu mythology will be aware of it. As per the story, Goddess Parvati created Lord Ganesh with the help of the dirt on her body. The dirt was a result of her celebrating with Lord Shiva. After creating Ganesha, she headed off to bathe and instructed Ganesha to not let anyone enter her chambers while she bathed. When Shiva eventually returned, Ganesha refused to allow him in as he was not aware of his identity. Shiva is known to be an angry God and in a fit of rage, he decapitated Ganesha and entered Parvati’s chambers. Upon learning about the fate of Ganesha, Parvati became distraught and pleaded with Shiva to save the boy since he was their son. Shiva then instructed the members of his retinue (“ganas”) to go and get the head of someone who was sleeping with their head pointing towards the north. The helpers got the head of an elephant, which Shiva affixed to the boy’s torso and Lord Ganesha as most people know him, was born.

A picture is worth a thousand words, symbols are probably worth a million. The sages and writers of Ancient India were very wise in choosing images and symbols rather than words to describe and express divinity. The simplest reason behind that is the fact that words and languages change over time and their meanings can be lost over generations of translations. However, images and symbols can stay unchanged over long periods of time. Worshipping the Elephant God is a way to experience the omnipresent divinity that is Lord Ganesha. It is always good to remember that the Elephant-God iteration is a symbolic representation of the cosmic divinity that manifests itself as Lord Ganesha.