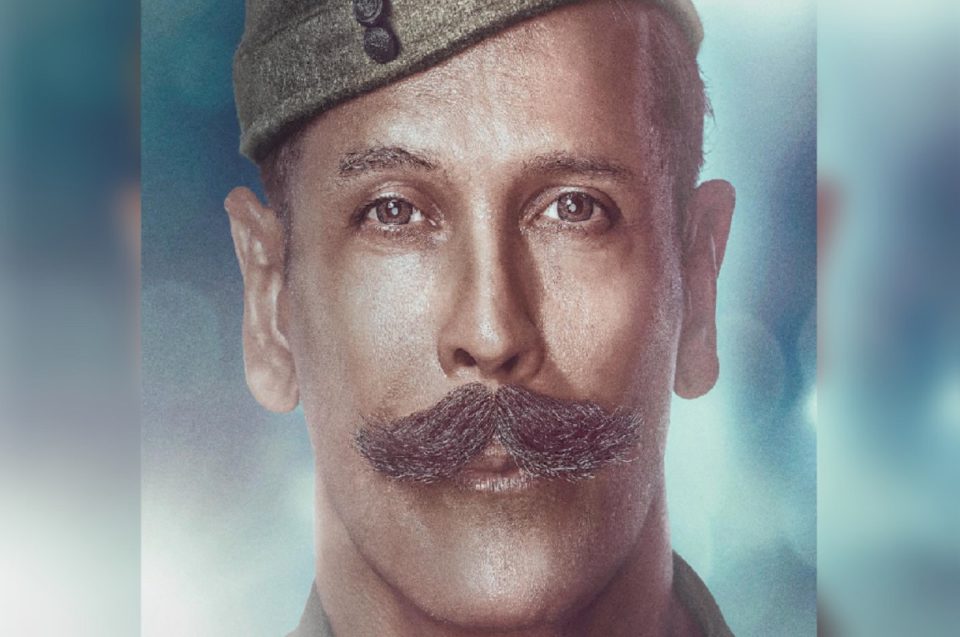 While posting the picture, Kangana Ranaut captioned, “Presenting the dynamic @milindrunning as #SamManekshaw, the man instrumental for saving India’s frontiers during the Indo-Pak war and whose service was as distinguished as his honesty; a charmer, a war hero and a visionary leader in #Emergency,”.

Kangana is the film producer, actress and director who revealed the looks of Mahima Chaudhary, Anupam Kher and Shreyas Talpade featuring in the movie Emergency. Kangana herself will play the role of late Prime Minister Indira Gandhi and Shreyas Talpade will be the late Prime Minister Atal Bihari Vajpayee. Mahima Choudhary will be Indira Gandhi’s confidante Pupul Jayakar and, Anupam Kher will play the role of the revolutionary leader J P Narayan.

The movie plot is based on the difficult times faced by India during ‘Emergency. The film screenplay and dialogues have been written by Riteish Shah and produced and directed by Kangana Ranaut under the banner Manikarnika Films alongside Renu Pitti. Emergency will be the first movie ever directed by Kangana, though, she had earlier co-directed her movie Manikarnika: The Queen of Jhansi with Krrish Jagarlamudi.

In an interview, Kangana said, “This chapter of history intrigues me a lot as it delves into how things worked and panned out for them. We are privileged that Milind Sir will be playing this role. I hope this film does justice to his enormous talent and great screen presence.”

Who was Sam Manekshaw?

Sam Manekshaw aka Sam Bahadur was born on the 3rd of April 1914 to Hormusji Manekshaw, a doctor and Heerabai in Amritsar, Punjab. He completed his schooling and college from Punjab and Sherwood College in Nainital. When Sam was 15 years old, he asked his father to send him aboard so that he could study medicine. However, Sam’s father refused but Sam rebelled against it and appeared for an entrance exam at Dehradun’s Indian Military Academy. He cracked the exam on his first attempt. Later, Sam Manekshaw used to mention his days at IMA stating, “IMA prepared me for war as they taught me how to live alone and independently, to fight without relent, and tolerate hunger for long periods…”

After graduation, Sam was commissioned as the Second Lieutenant in the British Indian army. He fought in Burma and at the Indo-China border during the Second World War. Sam was made Lieutenant Colonel in 1946 and during partition, Manekshaw association with his parent unit named 12th Frontier Force Regiment ended since the Pakistani army acquired that regiment. Manekshaw was then reassigned to the 16th Punjab regiment. He took part in the Indo-Pakistan War in 1947 and played a key role. Though, many ministers were unhappy because of his honest and outward nature.

Défense minister at that time VK Krishna Menon ordered an enquiry against him in the 1950s but he was found not guilty under every accusation. At the same time, the Indo-China War started. Manekshaw received a Lieutenant General promotion and relocated to Tezpur as a consequence of the situation. Later, in 1963, he was once more handed the Western Command as an Army Commander promotion. He received a Padma Bhushan in 1968 in recognition of his exceptional service. He was appointed as the eighth Chief of Army Staff a year later.

Sam Manekshaw’s most important military campaign was during 1971 when the Indian army under his leadership made more than 90,000 Pakistani soldiers surrender which gave birth to Bangladesh. It was known that Prime Minister Indira Gandhi asked Manekshaw to go to Dhaka and accept the Pakistani soldier’s surrender but he declined the glorious moment, and rather asked Lieutenant General Jagjit Singh Aurora, Army Commander in the East, to be sent in his place.

Manekshaw married Siloo Bode in 1939. Siloo was a painter and an artist. Together, the couple had two daughters. He died on 27th June 2008 at an age of 94. He was popularly called Sam Bahadur and was the first Indian officer to be promoted to an honourable five-star rank of Field Marshal. He spent his life as a decorated military officer for forty years that encountered India’s transformation from British Indian Army to the independent Indian Army.

Unanticipated Consequences of Under Sleeping