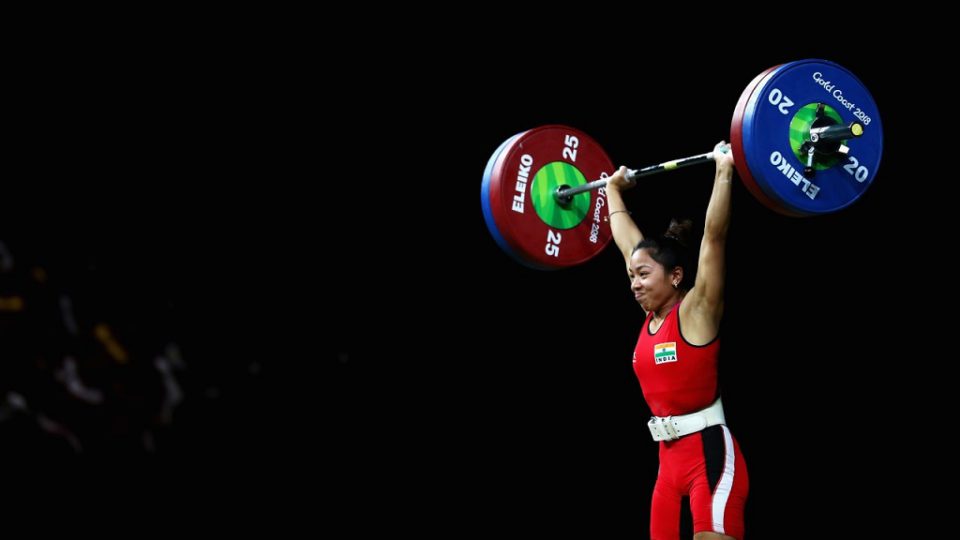 26 years old Mirabai Chanu, an Indian weightlifter from the state of Manipur has risen to fame as she has successfully recorded her name in the history books. Coming from a small village named Nongpok Kakchin in the state of Manipur, Mirabai has achieved a feat which no one else has. Her mother tells that Mirabai considered veteran Indian Weightlifter Kunjarani Devi as her idol. Her father says that she was always fascinated by weightlifting since her school days.

She was also a very strong contender at the Rio Olympics but luck was not in her favour at that time. After her failure at the Rio Olympics she came back stronger than ever and finally India’s star weight lifter Mirabai Chanu created history on Saturday as she overcame her Rio heartbreak to become the first Indian weightlifter to win the silver medal at the Olympic Games. Chanu has also become the first Indian to win an Olympic medal at the 2020 Tokyo Games in the Women’s 49 Kg weight category. The term weight category used here should not be confused with the weight lifted by the athletes, weight category here refers to the weight of athletes themselves. The 49 Kg weight category means that no athlete competing in this category should be more than 49 kg weight. Some of you may also remember Karnam Malleswari at this point as she was the first Indian woman to win an Olympic medal. Karnam Malleswari is a retired weightlifter who won the Bronze Medal at the 2000 summer Olympics in women’s 69 Kg category. In 1995, Karnam Malleswari received the highest sporting honour of the country that is the Rajiv Gandhi Khel Ratna award and was awarded Padam Shri in 1999. Now, Mirabai Chanu has left Karnam Malleswari behind by her big win.

This is big news that India has received from Japan on 24th July afternoon. China’s Zhihui Hou won the gold medal in the women’s 49 Kg weight lifting at the Tokyo Olympics, lifting a total of 210 Kg, while Indonesia’s Windy Cantika Aisah won the bronze medal. We will discuss everything about how Chanu competed against her opponents and how the competition went. But first let’s understand the basics of weight lifting.

As many might infer by the name of weight lifting that it is a sport of brute force but in reality the sport requires a very high level of tactical approach and technicalities. The process of weight lifting in the modern Olympic weight lifting consists of two main stages. The first one is known as the ‘snatch’ while the second one is known as the ‘clean and jerk’. The snatch is where the weightlifter picks up the barbell and lifts it above his or her head in one singular motion. While in the clean jerk, the weightlifter is first required to pick up the barbell and bring it up to his chest (clean). The weight lifter must then pause, and his or her arms and legs to lift it above the head (jerk) with a straight elbow and have to hold it there until a buzzer is sounded, after which the weight lifter is allowed to back the barbell on the floor. There are three referees who observe the whole act from every angle and any ounce of mistake disqualifies that particular attempt from being scored. Now, you may wonder they are just lifting some weight so where does this score and all comes in.

The scoring process in weight lifting is also based on the two steps mentioned above. A weight lifter is given three snatch attempts and three clean and jerk attempts each. A weightlifter’s best attempt at snatch and the clean and jerk are then added up and the one with the highest combined weight lifted is declared the winner. If all this has gotten too complicated, do not worry, everything is going to be explained here. Let me tell you with an hypothetical example of weight lifter Sanju: So Sanju got his first three attempts of Snatch, Sanju is confident enough and decides to lift a weight of 80 Kg in his first attempt. By this decision he strengthens his chances of lifting more in his upcoming attempts like 85 or 90 Kg. Shyam will try his best to perform perfectly in his first attempt as all other athletes do as the main aim is to give at least one perfect attempt in all three and the first attempt being the least is most doable. So Shyam successfully and perfectly did his first snatch attempt of 85 Kg but in the remaining two attempts he faltered. Then he went for the clean jerk where he faltered in his first and third attempts but did perfectly on his second attempt of 90 Kg so his score will be the total weight of his two successful attempts in both the processes, that is 175 Kg. This score of 175 will be compared with the scores of other athletes and whoever scores the maximum wins the gold medal. Now some people will ask a very legit question : what if the score of two people is the same? Well, in that case the body weights of the athletes are compared and the one with lesser body weight is declared the winner. Even if the body weights of the athletes are the same then the number of attempts are given preference, that is the one who lifted the total weight in lesser attempts is declared the winner. The reason behind explaining this process is that people will now understand Chanu’s performance more accurately.

Chanu lifted 84 Kg and 87 Kg successfully but failed to lift 89 Kg as she was placed in the second spot after snatch while China’s Hou Zhihui lifted 94 Kg to create an Olympic record. Mirabai Chanu equalled her personal best in a snatch of 87 Kg. She lifted 87 Kg in Snatch when she won the gold medal at the World Championships in 2017.

Maximum competition was observed between 4 players, HOU Zhihui from China, Mirabai Chanu from India, Windy Cantika from Indonesia and Elizabeth Delacruz from USA. Let us take a look at their attempts one by one,

But we Indians are very optimistic. This silver medal is no less than a gold for us. The only thing that matters is the mental status of our athletes. The society expects so from them that sometimes the pressure becomes unbearable. We should encourage our athletes in all aspects. This again compels us to think that if Indian athletes can bring such laurels to the country even with such a disoriented sports infrastructure in our country then imagine what they can achieve if their families, the society and the government trust in them and invest in them. We hope that many such good news will come out of Tokyo in the remaining days of the games and we also hope that when these athletes come back (be it with a medal or not) they should be treated with the respect that they deserve.