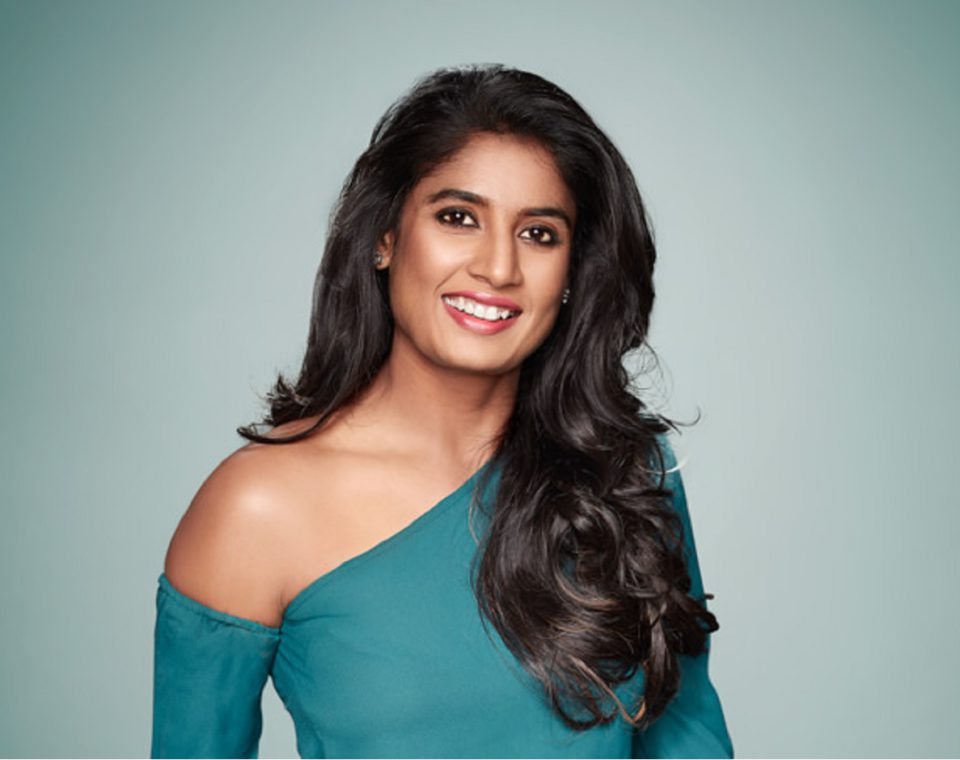 Mithali Raj is an Indian female cricketer who rose to prominence as the captain of the Indian women’s cricket team. She entered the game at the age of nine and showed her ability in world women’s cricket. In her 23-year career, she has achieved many achievements and many more records such as when she led the Indian team in the 2005 Women’s World Cup finals. Mithali Raj, who said that persistence, perseverance, focus, and discipline, all these are required to continue in this game, is an inspiration to all women players in India. Let’s take a look at her life and amazing career explained in interesting facts!

1. Her childhood interest in cricket was influenced by her brother:

Mithali Raj was born on 3 December 1982 in the Rajasthan state of the Jodhpur region. Her father, Dorai Raj, was an officer in the Indian Air Force. Her mother is Leela Raj. The young female’s first acquaintance with cricket was due to her older brother. Mithali, who was going to cricket practice with her elder brother, learned to wake up early in the morning just to watch matches. Mithali Raj started playing the sport of cricket at the age of 10. After being selected for the ODI team at the age of 17, Mithali was playing internationally against Ireland in Milton Keynes in 1999. She also learned sports like table tennis and skating to improve her reflexes. After that, with the help of her mother, she was employed in the Railway cricket team, playing for further interest.

2. Her family wanted her to be a dancer:

During her childhood, she studied Bharatanatyam (as many typical south Indian girls do), and danced in several assemblies. She also danced in front of Chief Minister Kotla Vijayabhaskara Reddy. In a meeting, Mithali Raj said that initially, her family did not like her playing. Her grandparents dreamed of her becoming a great dancer. On the other hand, cricket was a ‘man’s’ sport and made it mandatory to quit the game. Even the relatives did not speak to her properly. It was only after her name appeared in the press and she received several awards that she started getting respect.

She made her One Day International debut in 1999 against Ireland at Milton Keynes and scored 114 not out in that match. She made her Test debut in 2001–02 against England at Lucknow. Mithali Raj has grown into one of the legends of the women’s cricket game and is currently the No. 1 ODI batswoman in the world.

Mithali has grasped every opportunity she has been given. A natural batsman, Mithali also bowled occasionally. Coming to the wicket at difficult times of batting, the Hyderabadi native showed soldierly ability without getting bored. She smartly developed her grip in order to enhance the ability to score. In addition to her ability with the bat, Mithali provides a variety of hands and attacks on her bowling leg spinner.

In her own words, Mithali Raj has declared herself to be religious. “I am very religious. Every day, before I sleep, I pray. Every Tuesday, I go to mass in the church. I go to temples, mosques, and other holy places. I believe that God is one, and we have given him a million and a million names. I am also a devotee of Sai Baba”, said the female cricketer.

6. Her favorite cricketer is Sachin Tendulkar:

Sachin Tendulkar gifted her a car for her outstanding playing skills. About Mithali, Sachin said, “She has done so much for our country, she should have more gifts and contributions.”

At the age of 19, on 17 August 2002, in her third match, she scored a new high of 214 against England in the second and final Test at Tonto, breaking the world record for the highest individual score of 209 by Karen Rolton. The record has been surpassed by Pakistan’s Kiran Baloch who hit 242 against the West Indies in March 2004.

In 1999, she entered international one-day cricket for the first time and scored 114 runs against Ireland and remained unbeaten.

Mithali Raj held the record for the highest individual score by an Indian women cricketer in a World Cup match against New Zealand in Women’s World Cup 2005 (91 including 9 boundaries and 104 not out).

In August 2006, she led her team to the first Test and victory in England and ended the year winning the Asia Cup – for the second time in 12 months – without losing a game. She led the Indian team to the 2005 Women’s Cricket World Cup final where they lost to Australia.

Arjuna Award, the highest award in Indian sports, was given to Mithali Raj in 2003. In addition, Mithali Raj was awarded ‘Major Dhyanchand Khel Ratna’ by President Ram Nath Kovind on 13 November 2021.

In the 2013 Women’s World Cup, Mithali started as the No.1 cricketer in the women’s ODI rankings. Her highest score was 114 not out in ODIs, 214 not out in Tests and 97 not out in T20Is making Mithali the only woman cricketer to cross the milestone in ODIs.

Playing domestic competition Railways, Mithali Air Bharat started off by playing with stars like Purnima Rao, Anjum Chopra and Anju Jain. Now, she has emerged as one of India’s most honest batsmen, scoring more in both ODIs and Tests.

8. Where is Mithali Raj now?

Currently, Mithali is working in Indian Railways after announcing her retirement from all formats of international cricket on 8 June 2022.