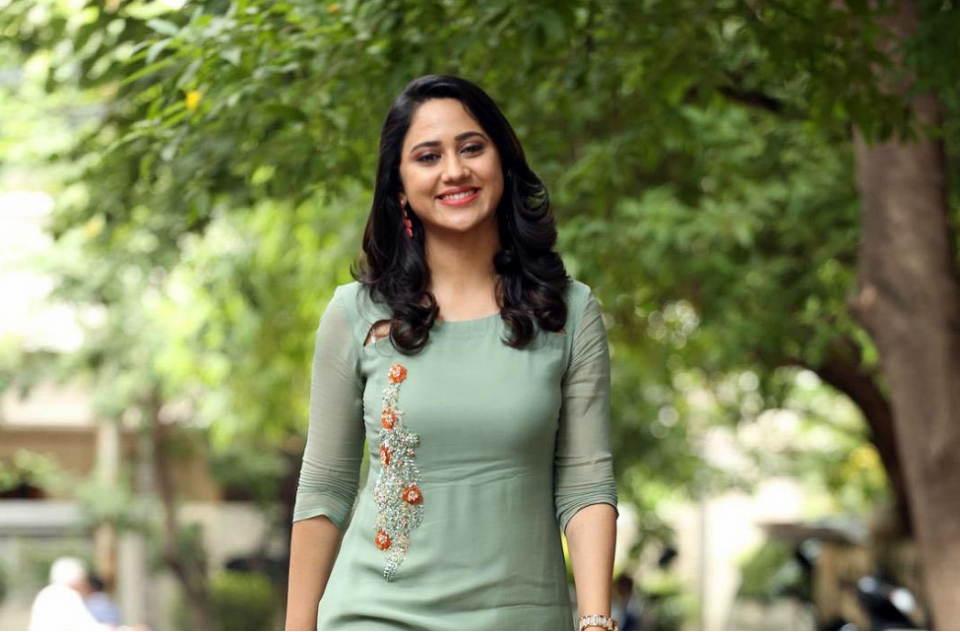 Miya George is an Indian actress who started her career with television soaps. She works for Malayam movies the most but can be seen in a few Tamil and Telegu movies too. After playing a few roles as a supporting actress in television soaps, she got her first debut films like Ee Adhute Kaalathu and Doctor Love. In both the movies, she had played short roles but got critical appreciation from public and media. Miya George was selected as Kerala Miss Fitness in 2012. This gained her a lead role in a Malayalam movie Chettayees the same year. In her first movie, she played the role of a nagging wife. The movie was directed by none other than Rajasen and Miya became one of the mainstream movies in Malayalam film industry due to her outstanding performance in the movie. She is also known for her good performance in Hi I’m Tony and Vishudhan. After doing a Tamil movie Amarakaavyam, she has become popular in Tamil film industry as well.

Miya George was born on 28 January 1992 and was named as Gimi George by her parents. Miya is a stage name that was selected by her later. She is the second daughter of her parents and belongs to a Malayali Christian family living at Dambivili in Thane. Her father worked as an engineer. When Miya was five, she moved with her parents to Kottayam’s Pala. Her elder sister name is Gini who lives in Bengaluru and is married to Lijo George. Miya George schooling was completed from Sacred Heart Girls High School in Bharananganam and St. Mary’s Higher Secondary School. Miya completed her B.A degree from Pala Alphonsa College along with her Masters in English Literature from St. Thomas College in Pala.

Miya George started her career with television soaps. Her first few serials in which she got a break included Kunjali Marakkar and Alphonsamma. With movies like Doctor Love and Ee Adhuta Kaalathu, Miya George rose to fame. She was then chosen for a beauty pageant and won Kerala Miss Fitness in 2012. Although Ettekaal was the first film in which she performed as a debutant, it got released commercially later in the year 2014. The actress who played the role of her mother, Urmila Unni suggested her to work with director Shajoon Kariyal. He signed her for his film comedy movie, Chettayees in 2012 in which Miya George played the lead role. She performed the role of Biju Menon and won critical acclaim. Thereafter, Miya was seen in the movie Red Wine starring Mohanlal.

Miya George played the lead role again opposite Asif Ali. In Jeethu Joseph’s Memories, Miya played the role of an investigating officer which became a hit in the box office in 2013. The very same year, Miya performed for a Christian nun thrown out of the church-based movie where the nun is charged for having an affair with the priest named, Vishudhan. She worked with a veteran director in the year 2014 for Joshiy’s Sallam Kashmir. She played the lead role beside Suresh Gopi and Jayaram. In B. Unnikrishnan’s Mr Fraud, Miya was paired with Mohanlal. A litter later, she was seen in a psychological thriller film named Hi I’m Tony where she performed with Atif Ali once again. in K.N. Sasidharan’s Nayana and 6B Paradise of George Varghese, Miya played the mother of a small girl. Miya also made a move in the Tamil film industry and her debut movie in the Tamil language was Amara Kaaviyam of Jeeva Shankar. She played the role of a character named as Karthika. In 2015, Miya again performed for 32aam Adhyayam 23aam Vaakyam.

Miya George is among those celebrities who are very reluctant to talk about their personal life. She hardly discusses anything about her private life particularly in front of the public which makes very difficult for us to find what is going on with her personal life. However, we will update as soon as we have any information about it.

Although Miya George has not appeared in Bollywood movies yet, still her net worth is estimated not less than $2 million. She resides with her family in her house situated in Kerala’s Kottayam, Pala. Concerning brand endorsements, Miya George appeared in several television commercials for renowned brands such as Hyundai along with local fashion brands and print ads.

Enchanted 2: Here’s All We Know About the Sequel of the Beloved Movie