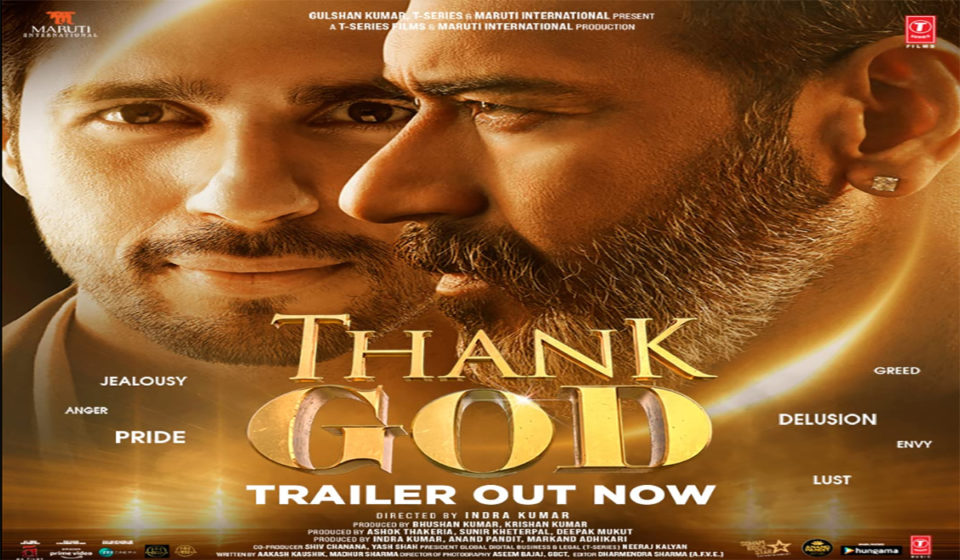 The education minister of Madhya Pradesh, Vishvas Sarang, on Tuesday wrote a letter to the Union Minister of Information and Broadcasting, Anurag Thakur regarding banning Ajay Devgn and Sidharth Malhotra’s upcoming film ‘Thank God’. In a letter to Thakur, Sarang claimed that the film depicts Chitragupta, a Hindu deity who, according to mythology, accompanies Yama, the god of death, in an inappropriate manner.

Sarang said that “for the past many years, many filmmakers and actors in Bollywood are making objectionable comments on the deities of Hindu society and including obscene scenes.” According to the minister, Chitragupta is shown in the recently released trailer surrounded by ‘half naked’ women, and objectionable remarks are made on his behalf by Devgn. “Due to the objectionable remarks made by the hero of the film, Ajay Devgan, there is a lot of anger in the entire Hindu society along with the Kayastha society” he wrote. “It is requested to kindly prevent the sentiments of the entire Kayastha/Hindu society from being hurt by giving directions to immediately stop the telecast of the said film,” the minister added.

Taking to twitter, the Sarang said that the movie makes fun of Lord Vishnu which has hurt the religious sentiments of the society. “The constant ridicule of Hindu religion in Bollywood movies and OTT shows reflects anti-Hindu mentality,” he wrote.

Talking about the film, helmed by Indra Kumar ‘Thank God’ is an upcoming family entertainer film which stars Ajay Devgn, Sidharth Malhotra and Rakul Preet Singh in the lead role. The film showcases the story of a common man (played by Sidharth Malhotra) who is almost dead after an accident and enters a world between life and death, where he meets Chirtagupt (played by Ajay Devgn) who plays a game of quiz with Sidharth Malhotra, which he calls the ‘Game of Life’.

Recently the makers of the film unveiled the trailer and first song ‘Manike’ which received mixed responses from the audience.