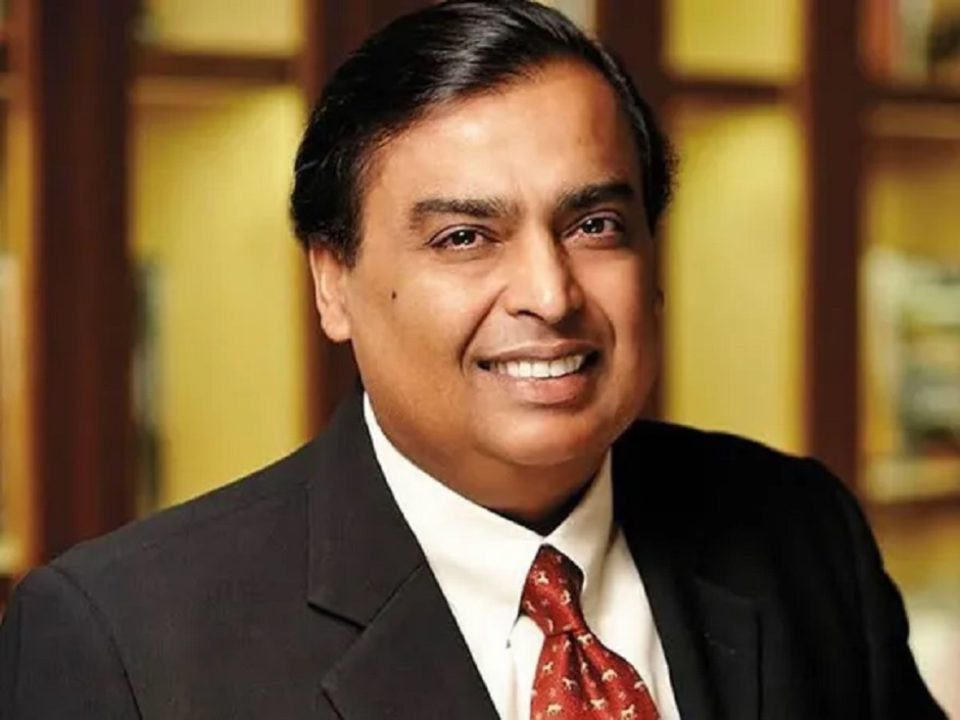 Ambani’s empire has slowly shifted from e-commerce to becoming a tech giant with the help of steady growth seen in its Jio Platforms and Facebook interventions. The Reliance Industries is now not limited to businesses in oil and textiles but digital business in India. The second most populated country in the world has already seen a sharp rise in foreign investments due to incredible growth in the country economy, particularly from Silicon Valley and Google. Furthermore, Reliance is committed to accelerate its e-retail platforms and transfer its company to more consumer-based from an energy-producing company. This has indeed inflated the share price of the company more than INR 12 Lakh Crores. But, was his journey to success easy or bumpier than we see it today?

Mukesh Dhirubhai Ambani was born on 19th April 1957 in Yemen. His father Dhirubhai Ambani had four children and out of them, Mukesh Ambani is the youngest. Other siblings being Anil Ambani and sisters Nina Bhadrashyam Kothari and Dipti Dattaraj Salgaocar. Due to unstable political conditions in the Aden city of Yemen, the family shifted from Aden to Bhuleshwar (neighbour city of Mumbai) in the year 1958. They lived in a chawl in a two-bedroom rented flat. The same year, Dhirubhai and his cousins decided to establish Reliance Commercial Corporation that grew from a small commodity trading business to a giant business hub known as RIL.

Mukesh Ambani holds a bachelor degree in Chemical Engineering from the University of Bombay. He also pursued a master’s degree in Business Administration from Stanford University. In 1981, he left the program in between to join his family-owned business where he started working to diversify the Reliance Company to various fields. He ventured into many programs and fields such as communications, petrochemical, infrastructure, oil and gas and polyester fibre. His company became one of the most respected companies in the world in the year 2004. That year, PricewaterhouseCoopers ranked Reliance industries as the top professional leaders in the world.

In 2002, Mukesh Ambani’s father Dhirubhai Ambani passed away leaving behind Reliance industries in the hands of his two sons. The joint leadership of the company were held by the Ambani brothers, however, the family issues and ongoing feud between the two brothers made their mother Kokilaben Ambani split the assets of Reliance industries through non-competition agreement. This made Mukesh Ambani gain the control of oil, gas, petrochemical units of RIL under the name of Reliance Industries. The rest were taken by his elder brother Anil Ambani.

The rising stage of Mukesh Ambani

Although Mukesh Ambani has always been an active member of the RIL, after the splitting of the company assets between him and his brother, Mukesh Ambani guided his individual company to become the world’s largest petroleum refinery located in Jamnagar in the year 2010. The unit can alone produce more than 660,000 barrels of oil per day.

In 2006, he was chosen as the Cochair the India Economic Summit in the World Economic Forum. The WEF is an international organization that comprises some of the world’s prominent business leaders, policymakers, philanthropists, politicians, trade unionists and representatives of non-governmental firms who convey about development and important social issues. The very next year, Mukesh Ambani became the first rupee trillionaire in India.

In the year 2007, The Economic Times Magazine and the Press Trust of India announced Mukesh Ambani as the richest man in the world. The next year he created Mumbai Indians team in Indian Premier League team. He was again elected as a member of WEF in 2010.

In 2013, Mukesh Ambani made a collaborative venture with Bharti Airtel to set a digital infrastructure related to 4G in India. In the year 2014, he made a huge investment of INR 1.8 trillion across businesses and launched 4G broadband on 27th December 2015.

The launch of Jio platforms was made in the year 2016 under its self-developed smartphones, naming it as ‘LYF’. The smartphone became the third largest selling smartphone in India that year. In September 2016, Jio was launched for commercial purposes.

Mukesh Ambani married Nita Ambani in the year 1985. The couple has two sons named Anant and Akash Ambani and a daughter named Isha Ambani. Mukesh Ambani father had once visited the dance performance in which Nita Ambani had performed. Dhirubhai Ambani later arranged the marriage of the two.

Mukesh Ambani along with his family resides in a 27-storey private apartment in Mumbai. His apartment Antilia is worth $1 billion. Around 600 staff members are needed by the apartment maintenance which has 160 cars garage, three helipads, private movie theatre, fitness centre and swimming pool besides various other modern amenities.

Mukesh Ambani’s apartment was designed by Perkins and Will, a Chicago based architects along with Australian based construction firm named Leighton Holdings who took charge of the building construction. Every floor of the building is of the same height as an average two storey apartment. Antilia can even survive an earthquake measuring 8 on a Richter scale.

Since Mukesh Ambani loves and needs speed, Antilia is all packed with six dedicated floors that keeps all his cars harboured safely. Among his latest cars collection, the most expensive one includes a 5 crore Maybach! Other than this, Antilia is also equipped with 9 high-speed elevators which are assigned to different floors.

This segment of the RIL involves in the buying and selling of products related to transportation, distribution, supply chain and warehousing. The company not only offers logistics support to the entire Reliance group but to third party companies as well.

Reliance JIo Info COMM, previously known as Infotel Broadband is an internet service provider company that has the license to provide users with 4G services. RJIL is currently the sixth-largest mobile network in the world with more than 306 million subscribers.

Mukesh Ambani holds 45.43% stakes in the shares of RIL which operates in the industrial infrastructure segment. The company connects various activities related to data processing and computer software besides setting of pipeline that carry petroleum from the Bharat Petroleum to Reliance petrochemical complex.

This is a mass media company owned by Mukesh Ambani that has a diversified portfolio in digital platforms, mobile apps and television. The company has made joint ventures with History TV 18 and Viacom 18.

Reliance Solar is a subsidiary of Reliance which produces and sell energy systems to rural and remote areas in India. The company offers various products like home lighting solutions, water purifying systems, refrigeration system, solar lantern and many other related to solar energy.

Relicord is another company owned by Mukesh Ambani which deals in collection and conservation of blood supply. The blood bank is taken care of by the Reliance Life Sciences and holds a licence by the Food and Drug Administration of India.

Some Amazing Facts about Mukesh Ambani