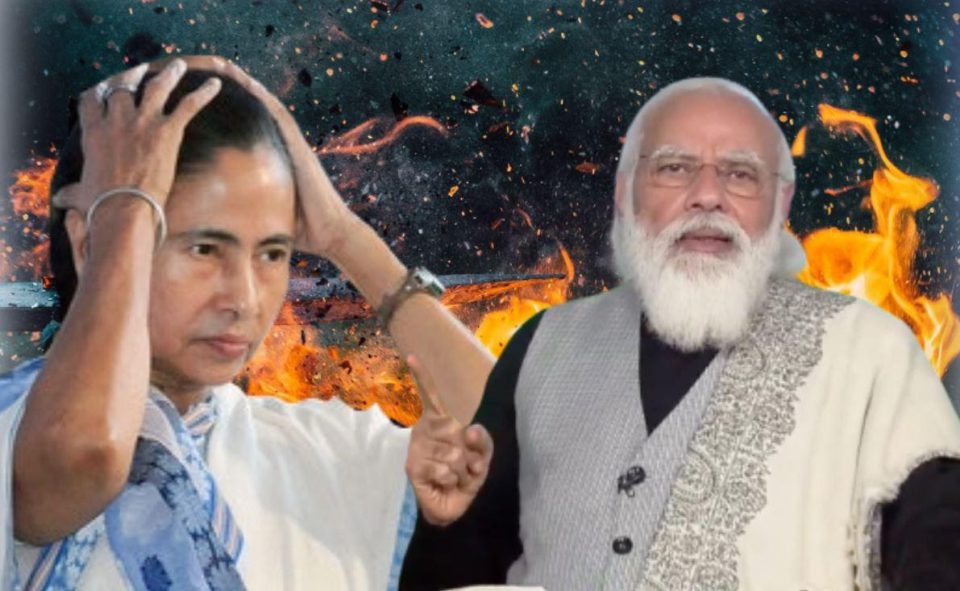 Performed in the year 2014 by an Indian news magazine Tehelka, The Narada Sting operation was carried by Mathew Samuel to expose some of the top-ranking leaders and politicians ruling All India Trinamool Congress (TMC). The Sting operation revealed how high-ranked police officers and politicians accept cash bribes in lieu of providing unofficial favours to corporates. The operation related video was uploaded to a private website a few months before West Bengal Assembly Elections 2016. Since then, CBI, ED and the parliamentary ethics committee are looking after the case even though TMS refuses to accept the allegations and claims that the money was received in the form of donations.

Just before the West Bengal Legislative Assembly Elections in 2016, the Narada sting surfaced. All the videos captured by the CEO of Narada News Portal created a stir within Bengal politics. The strong video released by Samuel Mathew though did not affect TMC win-win situation as the party won with more than 2/3 majority.

The Narada sting video contains snippets where the top-ranking ministers are allegedly receiving bribe from a fictitious company representative in exchange for some promised favours. In 2017, the matter went to the Calcutta Hugh Court and the court released an order asking CBI to probe into the sting operation. Since then, the CBI and ED are investigating the matter.

Among various TMC leaders, some of the important names include Mukul Roy and Suvendu Adhikari (now in BJP), Sultan Ahmed (died in 2017), Subrata Mukherjee, Madan Mitra, Prasun Banerjee, Firhad Hakim and Iqbal Ahmed. Some of the IPS officers were also recorded taking bribe by Samuel Mathew. The forensic reports found the Narada sting operation video to be true and gave relief to the Narada TV CEO from the High Court. The tape was recorded in 2014 and released publicly in 2016.

Who is Samuel Mathew?

The primary reporter and recorder of the Narada sting operation Samuel Mathew is the former managing editor of a news magazine named Tehelka. The magazine used to cover sting operations and investigative journalism. Samuel was the one who ran the West End sting operation that resulted in a small democratic crisis during 2001 in India. The sting operation carried then made the defence minister George Fernandes resign from his post and later convicted BJP President Bangaru Laxman.

The Tehelka administration decided to come up with an idea to bring effect to sting operations once again in 2014 to market some great stories. This made Samuel and his team opt for either Himachal Pradesh or Madhya Pradesh but they never got an opportunity there. Since Madhya Pradesh was led by BJP, Samuel did not want to be accused of targeting BJP leaders only while the Himachal government too proved very quiet for conducting a sting operation. The Sharada Group Financial scandal arising in West Bengal attracted Samuel Mathew and he felt that the corruption must be unearthed from West Bengal politics.

How was the Narada sting operation carried?

During an interview with The Telegraph, Samuel Mathew commented that he finds Israeli Mossad officer Mike Harari very inspirational. He asked one of his acquaintances to make a cover for him like a high-rank official of a fictitious Chennai-based Impex Consultancy Solution firm. Samuel created an Aadhar card and social media accounts under the name Santosh Shankaran.

To gauge the public mood, they met a taxi driver who further introduced Samuel to another resident named Tiger. Samuel reported that Tiger introduced him to Iqbal Ahmed and Kolkata Municipal Corporation Deputy Mayor along with an IPS officer named S.M.H. Mirza. Samuel’s team were taken care of by Sultan Ahmed, brother of Iqbal Ahmed, Subrata Mukherjee, Aparupa Poddar and Firhad Hakim. Mirza further introduced Samuel to Mukul Roy and Madan Mitra. Every meeting proliferated in the developments of more connections. According to Samuel, “It was almost like a chain reaction”.

In 2014, a 52 hours long footage was photographed by Samuel’s team and his colleague Angel Abraham which resembled faces of popular politician including members of Parliament and state ministers. All were seen accepting bribes in the form of cash for doing unofficial favours for the fictitious company created by Samuel. Another prominent face that was recorded in the Narada sting case was present CM Mamata Banerjee’s nephew Abhishek Banerjee with Karan Sharma, his close aide.

How did TMC leaders react after the Narada sting operation was released publicly?

After looking at the Narada sting operation video, the TMC leaders denied it at first and deterred any connectivity with the operation. They claimed that it was a product of political conspiracy and the video was a complete forge. Party leader Mamata Banerjee alleged that the video was a smear campaign organised by an opposition party manifesting vendetta politics. Though, the TMC leaders later confessed that the money was received but only in the form of donations. The Trinamool MP Dinesh Trivedi voice was noted in the video clearly and he was asked to resign immediately. Simultaneously, the BJP and CPIM organised mass protests to demand the resignation of politicians involved in the Narada Sting operation.

Why has the Narada sting operation reopened now?

One theory that circle around West Bengal politics is that after BJP loss in Bengal elections, the CBI raids probing Narada sting operations can be a form of warning for TMC leaders. BJP worked with the past incident lightly as it thought that the operation can be taken care of well when BJP will come into power. However, with its defeat, various contradictions emerged in Bengal’s party unit.

Suvendu Adhikari, one of the Narada sting operations prime suspect has joined BJP during the elections and after defeating Mamata Banerjee in Nandigram, he emerged as a strong power among BJP’s unit. Mukul Roy too joined BJP before elections but have been dissatisfied and he re-joined TMC after the Assembly poll elections. With CBI arresting the four accused, a sword is hanging around Adhikari.

Narada Sting operations, an opportunity for Mamata or a challenge?

For present CM Mamata Banerjee, the crisis is both an opportunity as well as a challenge. With the spread of coronavirus cases all over the state, CBI arrests gave her more time and diversion besides a note to accuse the BJP of preventing her government from tackling the pandemic crisis.

Mamata Banerjee, though attempted her old agenda, dharna outside the office of CBI for several hours after her party leaders were arrested. This sent two clean messages in front of common people: Didi will not let go of any crises without a fight and that she always believes and stand by her party people who is loyal to her.

When the CBI was arresting TMC leaders, some of the BJP leaders Tweeted on their Twitter accounts “#PresidentsRuleinBengal”. Whether or not the party leaders will get bail, it is clear that the political fight between the Mamata Banerjee government and Modi led government will intensify in the upcoming days.

Fake Health Supplements Market Size and How to Avoid Buying them