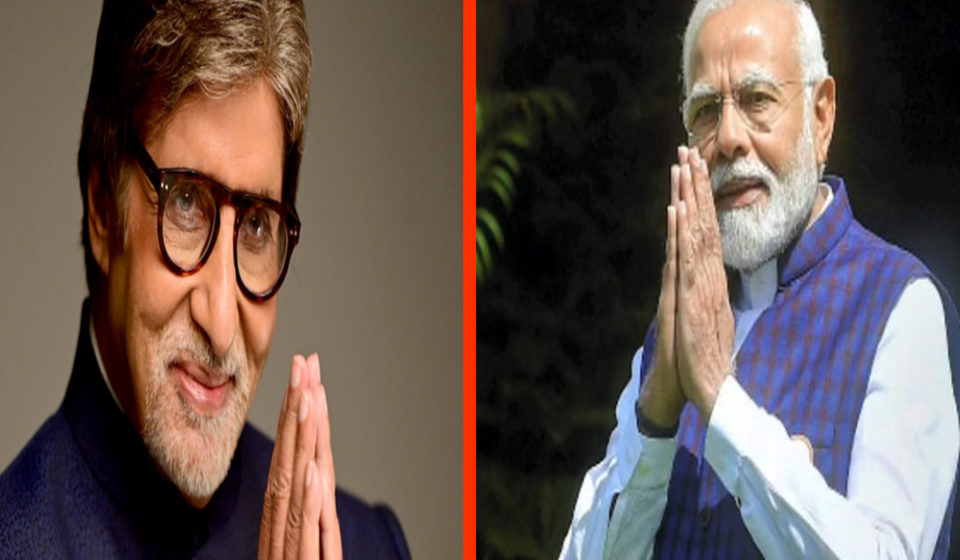 Prime Minister of India, Narendra Modi has wished Amitabh Bachchan on the occasion of his 80th birthday. The Megastar has been congratulated on social media by millions of fans across the globe and PM Modi’s wish is a special one for him. Wishing Big B on his birthday, Modi called him a remarkable film personality and also prayed for his health and long life.

“A very happy 80th birthday to Amitabh Bachchan Ji. He is one of India’s most remarkable film personalities who has enthralled and entertained audiences across generations. May he lead a long and healthy life”, wrote Modi on his social media handle.

The actor, who has been part of the film industry for about five decades, is still a crowd puller as the large number of birthday wishes has been receiving on social media since Tuesday morning. He has won five National Film Awards, 15 Filmfare awards, and several awards at international film festivals, and the government of India bestowed upon him the Padma Shri in 1984, Padma Bhushan in 2001 and Padma Vibhushan in 2015. And, in 2018, he was honoured with the DadasahebPhalke Award.

On the occasion of his 80th birthday, the tickets for his latest release ‘Goodbye’ has been priced at Rs 80. The film, directed by VikasBahl also stars Neena Gupta with RashmikaMandanna, making her Bollywood debut.