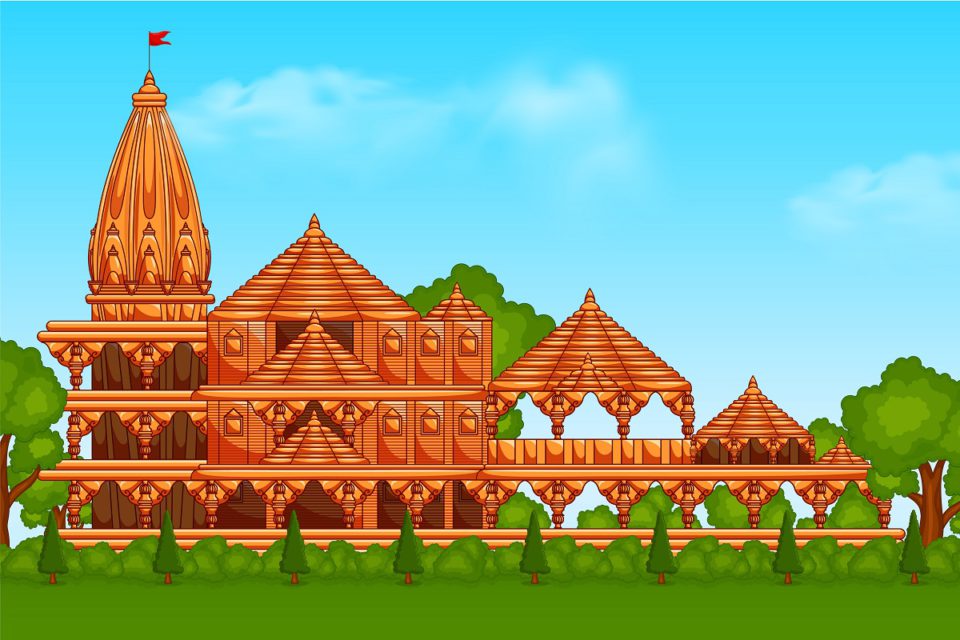 One of the holiest towns in India Ayodhya in Uttar Pradesh is located beside the Sarayu River. Ayodhya is the place where Lord Rama and his three brothers were born to King Dasharatha and hence, plays a very significant part in the Hindu epic Ramayana. Ayodhya is now considered one of the top tourist destinations in the state and the government plans it to convert into a Vedic city ‘Navya Ayodhya’.

As soon as Yogi Adityanath proposed the transformation of Ayodhya into a Vedic city, all departments started working to finish the project. Future plans of the CM called for the development of a more than 1500-acre township as a Vaastu-friendly Vedic city. New railway stations, highways and airports will be constructed in upcoming years to make Ayodhya city easily accessible from worldwide cities.

Ayodhya is the place where the 1992 Indian riots took place during the Babri Masjid controversy. Several Hindus claimed that the mosque was constructed over the Ram Janmabhoomi temple and hence became a subject of conflict. Despite various obligations and controversies, Ayodhya continued to remain a spiritual hub offering tourists a religious and colourful experience. Even today, the streets of Ayodhya are home to many Hindu temples which all prove to be fascinating to visit.

Under the new project Navya Ayodhya, officials claim that the new city will have guest rooms dedicated to five different nations and special accommodations for more than twenty Indian states. Apart from it, Ayodhya will also have monasteries and various plots for religious communities and volunteering organizations for the new Ayodhya. The Ram Mandir temple is expected to be the biggest possible Hindu temple worldwide and continues to remain the main attraction of the city. The tourist department believes that the number of tourists in Ayodhya might get tripled in upcoming years.

The city officials plan to make every entry point will have electronic Ferris to take devotees to the temple. All the major routes will have multi-level parking areas while homes and commercial locations will be provided with solar electricity. A digital museum will also be built which will display Lord Rama’s story to boast tourism in the temple town. Overall, the city is ready to transform into a Vedic City with the help of technological innovations to make Ayodhya a major tourist spot in India.

The construction of Ram Mandir in Ayodhya is indeed one of the biggest things going on in the country, especially after so many conflicts and controversial statements made by religious communities. Uttar Pradesh’s CM is making every possible effort to make Ayodhya a global city and expects to complete the temple construction work by 2023. After completion, the temple will be opened to devotees. The temple plans include the construction of a Lord Rama statue up to 200 feet high which will be placed near the Sarayu River banks. Ropeways may also be introduced in the solar city for visitors to reach the temple sanctum. Below are some of the present and futuristic planning for the temple construction.

The main attraction of the Navya Ayodhya i.e., Lord Rama’s temple construction has been completed partially. It is expected that the entire temple will be built by 2023 end when people will be able to visit Ram Lalla’s birthplace. The temple complex is spread across 67 acres of land where modern construction machinery and tools are been employed to work day and night. The main temple foundation had been laid 15 feet below the ground to ensure robust construction.

The western part of the temple will have a retaining wall on the bank of River Sarayu. The retaining wall has been constructed after considering the geographical conditions and other aspects. The wall is made deep enough so that temple can withstand soil erosion or heavy rainfall. Even if the mighty Sarayu River changes its course, the temple will not get harmed by it.

Once the plinth work for the temple is completed, the builders will stand working on Lord Rama’s Mandapa on which around 400 pillars will be installed. The pillar construction has already been completed to make the Mandapa including the sanctum sanctorum. According to the estimates, more than two lakh devotees are expected to visit the temple at a time and thus, the temple plans to arrange for food and lodging as well.

Restoration of Sarayu ghats is also underway as any devotee visiting Ayodhya would seek to take a dip at the holy river. Keeping this in mind, city officials have already started working on the ghat restoration and reconstruction which is expected to be completed soon. Earlier people faced many issues while taking bath or changing clothes. But now, changing rooms have been constructed and special care is taken to ensure cleanliness around.

The Best MBA Specializations in India After Graduation

Experience the Enticing Festivity & Their Cuisine of Punjab