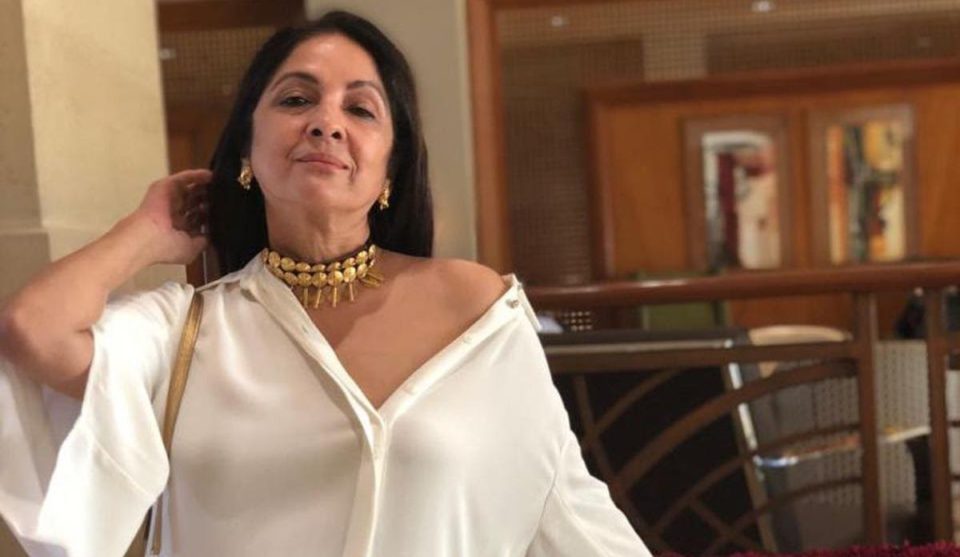 One of the seasoned actresses, Neena Gupta made news a few years ago when she requested employment on Instagram. She was offered a role in Badhaai Ho after a long wait, and she received praise from critics for it. Neena, on the other hand, stated that she felt humiliated and was afraid of what her Masaba might say as a result of her post.

On June 14, 2021, when actress Kareena Kapoor Khan published her book, Sach Kahun Toh, Neena Gupta, made several such disclosures. Neena Gupta said that she has been preparing her autobiography for the past 20 years when asked what inspired her to do so. Neena pondered about who would be interested in reading about her life every time she started writing. Though during the COVID-19 homestay, she ultimately decided to share every aspect of her life.

Neena Gupta first marriage lasted for a year only

Neena Gupta stated in her autobiography that she married temporarily when she was young. Within a year, she divorced her first spouse. In her book, Neena Gupta made numerous discoveries, one of which was about marrying a young guy called Amlan Kusum Ghose. While Neena was pursuing her masters in Sanskrit, the actor disclosed that he was a student at IIT. Gradually, Neena Gupta and her ex-husband realized that they were not made for one another. She claimed, “Amlan viewed things differently. Given the times and our upbringing, I think he had always assumed that I would eventually settle down and focus on our family. But I had become a bit too ambitious and didn’t see myself ever being a regular housewife. I wanted more from life, and the more theatre I did, the clearer my path became,”.

Neena discussed her parents’ tumultuous relationship. Her father was bold enough to marry her mother for love, she wrote. But her father was also a responsible son who couldn’t say no to his father when he was compelled to marry another woman from his society. This treachery by Neena Gupta father broke her mother’s heart to the point that she attempted (and luckily failed) suicide. It got Neena some time to learn that her dad’s relationship with her mother was not normal and there was something they were hiding from her.

In her book, Neena Gupta reveals that her close friend, an actor and director Satish Kaushik proposed to her whilst she was unexpectedly pregnant with cricketer Vivian Richards’ kid. Despite the fact that the actress reared her kid Masaba without the help of her father, she recently disclosed that Satish Kaushik had proposed to her. He allegedly informed her that if her child was born with a dark complexion, she could simply pretend it was his child and they would marry.

Neena Gupta stated that she had gone to Delhi to get her clothing tailored when the man called and abruptly stopped the conversation. Neena Gupta said, “I have talked about that guy I was going get married to and last minute, I had gone to get my clothes made in Delhi, he called up and he said, ‘I don’t want to marry you. She is still baffled as to why he called off the wedding. Neena did, however, move on. Because he was living with his father and mother, she had a great deal of respect for them.

Masaba was born out of wedlock to Neena and Vivian, who had remained apart from their entire lives. Even after they spent five years without speaking to one other, she adored him. Neena Gupta recounted in her book how he sobbed when the West Indies cricket team lost “by a run” since Vivian was the “captain” of the squad. Such deep feelings, she claims, can only be found in a “down-to-earth” person.

She had been a single mother who successfully raised her daughter Masaba Gupta despite facing several challenges. Neena said in a 2015 interview that the West Indies player didn’t keep in touch with her family when Masaba grew up. On rare occasions, like their daughter’s birthday, he would call. He’d even come to see the mother and daughter on occasion. But then he vanished for three years without a trace. He typically contacted her when she turned twenty.

Masaba Gupta, Neena’s daughter and a fashion designer, is a formidable force, but the seasoned diva revealed she couldn’t afford to give birth to her by C-section because she didn’t have enough money. the book excerpt said, “As my due date approached, I started to worry because I had very little money in my account”. Neena Gupta might have managed a natural delivery since it was less expensive, but knew she would be in difficulty if she had a C-section because the operation is more expensive.

Neena Gupta friend wanted her to marry a gay banker

After Neena’s pregnancy, several of her friends proposed to marry her. She stated in the book that a friend had attempted to marry her to a gay banker. She chuckled them off since Neena Gupta did not want to get married merely to get out of trouble. Neena was well aware that she would be asked some tough questions. As a prominent person, she and her kid were often the subjects of conjecture.

Kareena highlighted an incident from Neena’s book in which she recounted how Masaba Gupta saved her mother’s life on the set of Sanjay Khan’s serial, The Sword of Tipu Sultan, in a candid chat. Neena recalled a horrific incident she had while filming a wedding scene. Masaba, who was just one and a half years old at the time, had a slight fever. As a result, she didn’t bring her to the sets. However, that afternoon, she returned her car and drove her to the shoot. She was in the middle of a shoot at the time and snuck out of the studio. She picked Masaba and heard a loud bang from the set as she entered the room. She was taken aback as she saw the Lightman emerge from the fire. Despite this, the mother and daughter were safely sent home, away from the main structure.

Neena Gupta was embarrassed to shoot for ‘Chooli Ke Peeche’

The actress reminisced about filming the iconic dance number from the 1993 film Khal Nayak. Subhash Ghai directed the film, which stars Madhuri Dixit and Sanjay Dutt in the major roles. Neena Gupta wrote, “They put me in a tribal Gujarati outfit and sent me to Subhash Ghai for approval. ‘No! No! No! No!’ he shouted. ‘Kuch bharo.’ She was mortified because she mistook the director’s comment for a reference to her choli, which she assumed needed to be filled.