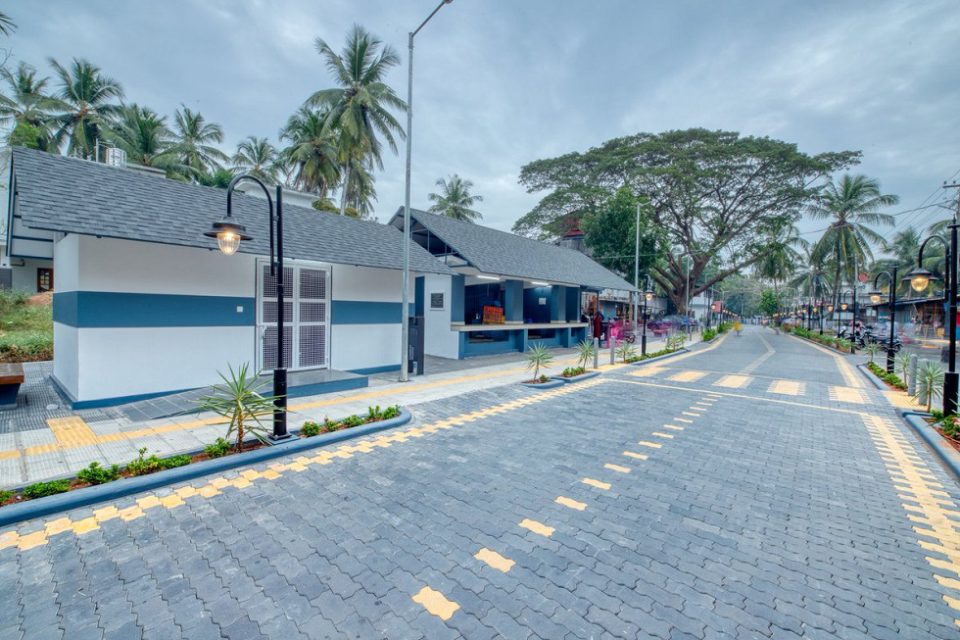 The newly built park in a small village of Kerala has amazed netizens with its mesmerising looks and architecture. The park has a look that can give tough competition to any city in and outside India.

The Vagbhatananda Park is situated in the Kozhikode district in Karakkad village which has been inaugurated by Kadakampalli Surendran, state tourism minister recently.

The park images near Vadakara in Kozhikode district went viral quickly across the social media sites after it was inaugurated. As the photos of the park got shared, modern designs were unveiled and many people praised the marvellous park designs.

Around 2.80 rupees has been spent by the government to built this park. The park has been named after Vagbhadananda Guru who is very popular in Kerala. He was one of the social reformers who fought against the caste system and discriminations in the state.

Born in 1885 in Thalassery in Kerala, Vagbhatananda was named as V.K. Gurukkal. He was educated under the gurukul system which made him proficient in philosophy and scriptures. According to a historian K. K. N. Kurup, Vagbhatananda travelled to various places to propagate the teachings behind non-duality to establish an egalitarian society.

After 1898, Vagbhatananda founded a school in Calicut teaching Sanskrit. He took a keen interest in the Brahma Samaj works that were found in the same year by Ayyathan Gopalan. In 1925, Vagbhatananda inspired the formation of the Uralungal Labour Contract Co-Operative Society.

Karakad, also known as Uralungal was the place chosen by Vagbhatananda Guru where he desired to establish an education group and make this a centre for all his activities that could spread beyond the state. When Vagbhatananda arrived at the Nadapuram Road Railway station, he took a path to the construction area of the glorious era in Kerala’s renaissance history.

Vagbhatananda Park is the tribute to the influence Guru has on the society which made the life of the people living nearby beautiful.

What can you find inside Vagbhatananda Park?

Vagbhatananda Park is one fine example of the Indian government’s plan to develop and design public space across the state. Many sculptures have been built to convey the Guru’s message and convey it to the visitors.

The Vagbhatananda park is all open for public usage. It has an in-built badminton court, a gym, a leisure centre, a public washroom and a well-paved sidewalk for the public to walk through.

The park also has a separate pathway which is wheelchair friendly. It helps people with disability and visual impairment to walk through the special path. This information was shared by the tourism minister himself before and after the park transformation that has surprised netizens immensely.

Few changes that were made to develop the village were highlighted by the minister while he shared the park pictures in his social media posts. He said that the developmental changes were possible only because the local residents participated and cooperated actively.

“I realise that the renovation of this park had the active participation of locals. From the beginning of designing, the renovation activities have been conducted by considering the opinions of the locals and their regions,” the minister’s post in Malayalam said

Major attractions of the Vagbhatananda Park

Although Vagbhatananda park comprises various attractions, the surrounding area of the park has also been developed accordingly. The fish market, bus stop and roadside have been redesigned as the park project. Many elaborated parking facilities have been arranged in a way that does not disrupt the traffic. Furthermore, the roads have been designed in a differently-abled people compliant way.

Inside the park, you will find lights that are placed scientifically. The plants are arranged in a manner that controls the movement of vehicles and people. Some of the native plants that have been planted inside include Mandara, Kanikonna, Thechi, Nantiarvattam and Bamboo. Exotic plant category includes Lady Palm, Palm, Indonesian Herb Elephant, Marigold, Fountain Plant and Caribbean Yucca. Advanced irrigation systems have been installed that helps in watering the plants regularly.

The actual pictures of Vagbhatananda park shared by the netizens reveal a marvellous model for public space design in India.

Migratory Birds That Visit India Each Year to Foster Wildlife

7 Stunning Fun Things To Do In India For Tourists