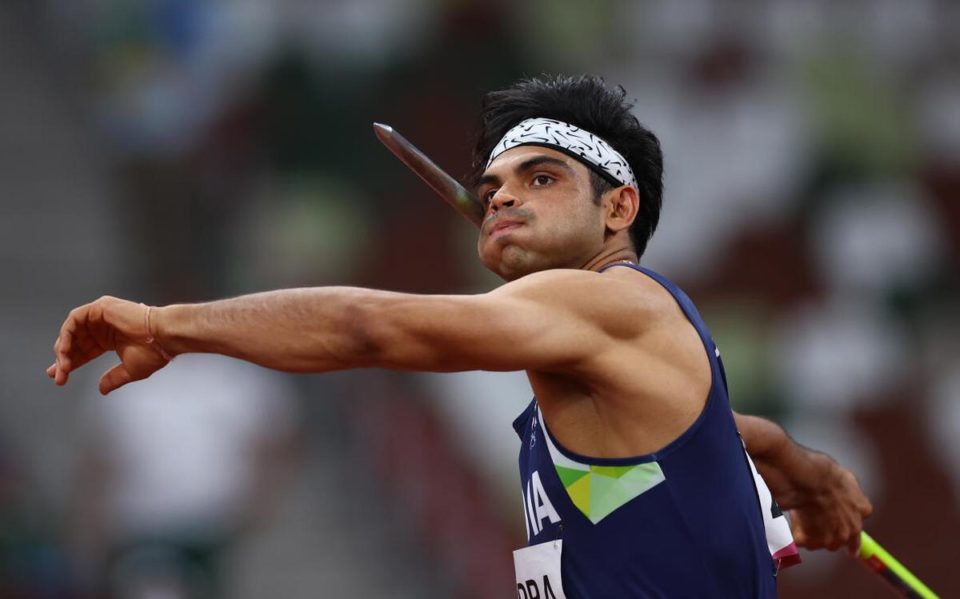 Javelin thrower and an Olympic Champion Neeraj Chopra made history on 7th August 2021 by winning the first-ever gold medal in athletics at the Tokyo Olympics. After a short break, he returned to the Paavo Nurmi Games in Finland to play against arch-rival Johannes Vetter and World Champion Anderson Peterson. At the same time, more than 25 Indian shuttlers will meet in Jakarta to take part in BWF Indonesia Open 2022 including Saina Nehwal, P.V. Sindhu, H.S. Prannoy, Kidambi Srikanth, and Lakshya Sen.

After returning home from the Olympics, Chopra was admitted to the Panipat hospital for a brief period since he developed a fever. Due to his recent hectic schedule and mild fever, he took a short break to prepare for the 2022 World Championships, Commonwealth Games and Asian Games. He resumed his training in October and is all set to compete in the Paavo Nurmi Games in Turku, Finland.

Neeraj Chopra was born on 24th December 1997 to a family of farmers living near Khandala village in Panipat. His father Satish Kumar is a farmer and his mother Saroj Devi is a homemaker. Neeraj graduated from Satish Dayanand Anglo-Vedic College in Chandigarh. Since childhood, Neeraj was obese and hence persuaded by family members to take sports to remain fit. As a result, he tried his luck on the javelin throw and started his training in Shivaji Stadium in Panipat. After a year, he was admitted to the Tau Devi Lal Sports Complex in Panchkula under a new coach Naseem Ahmad. He taught him how to run a long distance along with a javelin throw.

You will be amazed to know that Neeraj Chopra had joined the Indian Army to support his family financially as well as serve his country. He had been appointed as a Junior Commissioned Officer by the Indian Army. Apart from it, Neeraj is a family man and loves his parents very much. Last year, he shared a tweet when his small dream was fulfilled with his parents. He said, “A small dream of mine came true today as I was able to take my parents on their first flight. I will always be grateful for everyone’s prayers and blessings.”

Neeraj was qualified for the Tokyo Olympics with an 87.86m throw at the ACNE League. He breached his qualification mark that was set at 85m in the fourth attempt and was sent to take part in the international event. He started to throw at a distance of 81.76 and improved after every throw. His constant efforts and practice gave India one out of seven medals in Olympics 2020, surpassing the nation’s previous record of six medals earned during the 2012 London Olympics. He dedicated his medal and win to sprinters P.T. Usha and Milkha Singh, former Olympians from India.

Neeraj Chopra won the U-16 national championship by the end of 2012. In the Youth Olympics Qualification in Bangkok in 2014, he won the first-ever international medal (silver). With a throw of 77.33 meters in the Inter-State event in Chennai in 2015, he grabbed his first medal in a national senior competition. He took gold at the National Open Championships in Kolkata a few months later. Neeraj Chopra made history in 2016 when he won a gold medal in the South Asian Games in Guwahati with a throw of 82.23 meters.

The Indian Army promoted him to Junior Commission Officer in 2017 after being amazed by his achievement at regional and international events. With the rank of ‘Naib Subedar,’ he was offered a straight appointment as a Junior Commissioned Officer in the Rajputana Rifles. Chopra was chosen for training at the ‘Mission Olympics Wing and the Army Sports Institute in Pune after joining the Army. The Indian Army’s Mission Olympics Wing is programmed that identifies and train promising athletes in 11 sports for national and international tournaments.

Again, in the 2018 Commonwealth Games, Neeraj won a gold medal with an 86.47 m throw. On 27th August, he grabbed another gold at the Asian Games with 88.06m. though, he was out of action for the next few months due to an injury in the elbow.  In 2018, Neeraj Chopra was awarded Arjuna Award and Vishist Seva Medal (VSM) in 2020 for his excellence in sports.

Who is Neeraj Chopra’s Coach?

From 2017 to 2018, Neeraj Chopra’s coach was Uwe Hohn. He is the only athlete to date who threw a javelin over 100 meters distance. Uwe Hohn won gold in the javelin throw at the 1982 European Championships and the 1985 IAAF World Cup. He was born in Neuruppin, then East Germany and set a world record with a throw of 104.8 meters in Berlin in 1984. In 1986, a new javelin design was adopted, with the centre of gravity moved forward to shorten throws that were trying to exceed stadium capacity, as well as to have them land into the earth rather than flat to eliminate equivocal landings. Since then, Uwe Hohn’s remarkable throw has become an ‘eternal’ world record.

In 2017, he began working with Neeraj Chopra and successfully improved Neeraj Chopra’s throwing approach. Following Hohn, Neeraj Chopra studied with biomechanics expert Dr Klaus Bartonietz until the Tokyo Olympics. After Tokyo’s win, Klaus said to Neeraj Chopra, “I feel overwhelming joy. Joy for Neeraj that he could get a medal; not just bronze, not silver but gold, and he became the best javelin thrower in the world,”. The Athletics Federation of India had extended Dr Klaus Bartonietz’s contract and he is expected to train Neeraj Chopra for Paris 2024 Olympics.