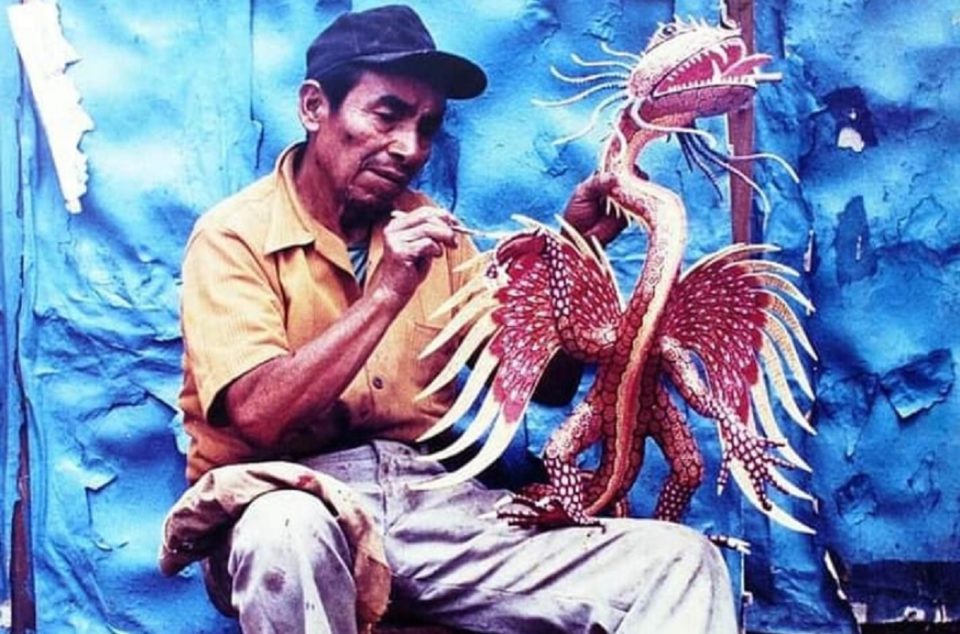 On 29th June 2021, Google Doodle celebrated Pedro Linares Lopez’s 115th birth anniversary. Pedro was a Mexican artist who turned his dreams into reality in the form of colourful animal sculptures known as alebrijes. His creations are loved worldwide and considered unique in Mexican folk art tradition.

About Pedro Linares Lopez and his dreams

Pedro Linares Lopez was born in Mexico City on 29th June 1906. His father and grandfather were artists too and worked on paper-mâché sculptures or cartonero. When Pedro turned 12 years old, he became a skilled craftsman making paper mâché sculptures like pinatas or traditional skeletal figurines known as Calaveras. All these items are featured in the annual Day of the Dead celebration. In 1936, Pedro Linares Lopez fell ill due to gastric ulcers.

While he was unconscious, he dreamt of strange places which looked like a forest with animals, trees, clouds, rocks and sky. He felt happy in his dreams when suddenly, all the features like rocks and animals turned into bizarre creatures. The last time he dreamt such was in 1945 when he went into a coma-like state for 24 hours and felt like a death bed with candles around him. He dreamt of a donkey with butterfly wings, a lion with an eagle head, a roaster with bull horns and other creatures about whom he shouted in dreams. Alebrijes was the word he shouted to point out different creatures.

The sound he heard in his dreams became so horrific that he was not able to stay for long. He felt a troubling pain in his head and ran along a rocky path where he found a man walking beside him. Pedro asked the man for help since he wanted to escape but the man told him that he must not be there and asked him to walk a little further to escape. Pedro ran until he found a narrow window and woke up once he crossed that window.

When Pedro recovered from his illness, he gave life to his visions and dreams by making alebrijes. He wanted the world and his family to know about the creatures he saw in his dream and hence began by moulding paper-mâché in the form of figures he recollected from his memory. He painted them with colours just like he saw them in the dream, thereby, giving life to alebrijes.

After Pedro created the masterpieces, he became famous within a short period as a great artist in Mexico. All the artists and alebrijes makers gathered in Mexico to get inspired by Pedro’s work. The figures created by Pedro Linares Lopez are prized in Mexico and nations beyond. You can now have a look at them at Anahuacalli Museum in Mexico City. In 1990, Pedro Linares Lopez was awarded the National Prize for Arts and Sciences in Popular Arts and Traditions category.

Pedro Linares Lopez became a craftsman at an age of 12 just like his ancestors. He started making figures known as Judas which are made of cartoons during the Catholic Easter season in Mexico. He made figures for Diego Rivera and Frida Kahlo among other artists from the Academia de San Carlos School of Fine Arts in Mexico City. The first alebrijes was made by Pedro in 1936 when he was 30 years old and was suffering from high fever due to peritonitis. The figures created due to feverish hallucinations depicted death and rebirth in a rocky setting inhabited by the creatures who looked like animals Pedro had saved in the past. When he needed them, they came and saved him by giving him his life back.

When his illness subsided, Pedro began materializing his visions and made alebrijes which gained him worldwide attention. Manuel Jimenez Ramirez was one wood sculptor who learnt alebrijes concepts from Pedro and started making them from wood. He named the wooden creates Oaxacan alebrijes that looked more realistic representation of animals.

Pedro Linares Lopez died at an age of 85 in 1992. Pedro’s 3 children and grandkids keep following his footsteps, just as he did with his parents and grandparents. They keep making sculptures just like Pedro’s imaginative style and exhibit them in museums all around the world. Pedro’s children and grandchildren add their own distinct flair to Pedro’s alebrijes, such as pinatas and Calaveras. To design alebrijes that look colourful and entertaining, they employ cardboard models and other elements to display Mexican art at its best.