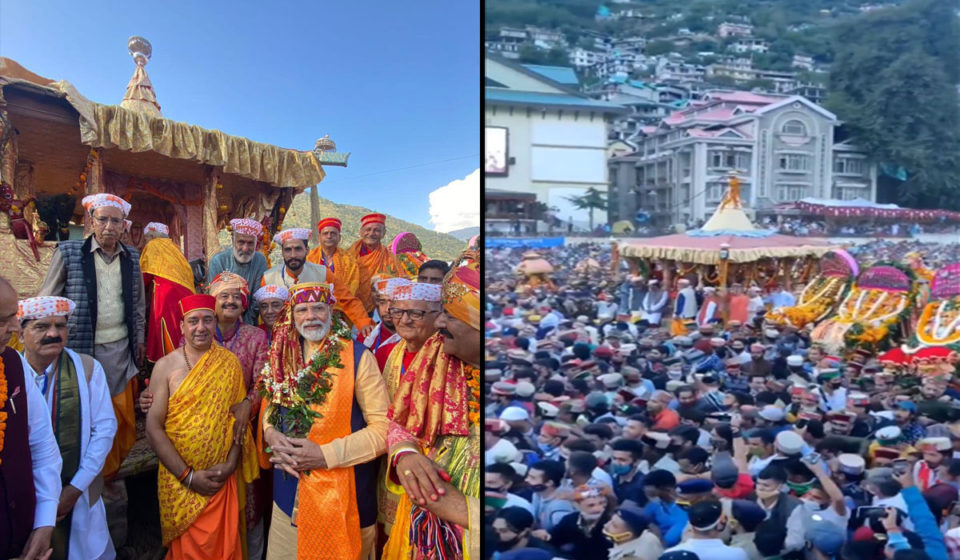 According to the Prime Minister’s Office (PMO), “The Prime Minister was welcomed and felicitated upon his arrival. This was followed by the arrival of Bhagwan Raghunath Ji and it marked the commencement of the Rath Yatra.”

He is the first Prime Minister to witness this divine Rath Yatra and the grand assembly of the deities in the historic Kullu Dussehra celebrations and was welcomed and facilitated upon his arrival. A huge crowd had gathered at the occasion to welcome the PM Narendra Modi. He walked to the main attraction with lakhs of other devotees and paid his tributes to Bhagwan Raghunath.

This time the International Dussehra festival will be celebrated from 5 to 11 October. The festival is unique in the sense that it is the congregation of more than 300 Deities of the Valley. Earlier in the day, the prime minister had dedicated AIIMS, Bilaspur to the nation. He also inaugurated and laid the foundation stone of multiple projects in Himachal Pradesh in Luhnu, Bilaspur.