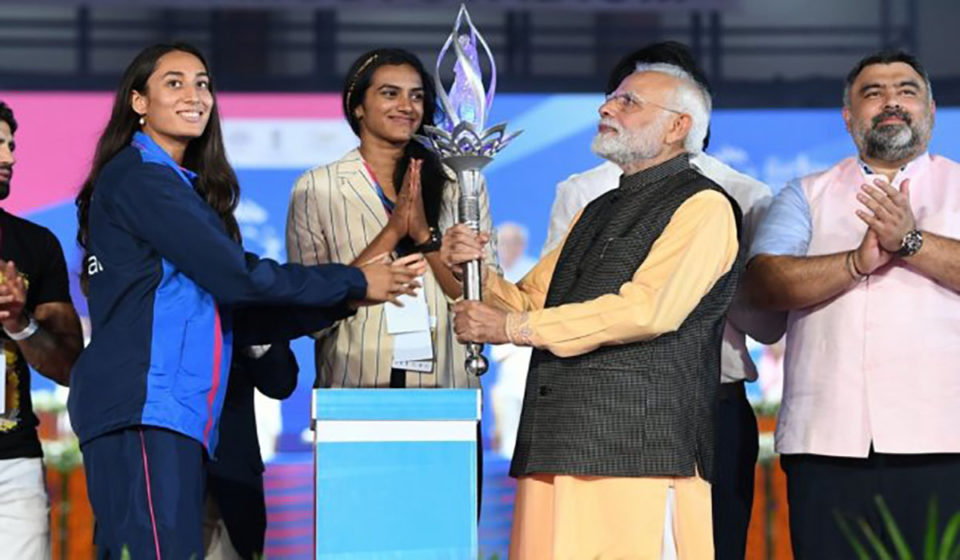 Prime Minister Narendra Modi inaugurated the 36th National Games at a grand Opening Ceremony at the Narendra Modi stadium in Ahmedabad on Thursday. The Union Minister for Youth Affairs & Sports Anurag Thakur and other dignitaries were also present during the opening ceremony.

The National Games are being held after a long hiatus of 7 years due to multiple predicaments that halted the running of the event since its previous installment in the year 2015 when Kerala played host to the competing athletes.

National Games are being held in the state of Gujarat for the first time. It will be organised from September 29 to October 12. Nearly 15,000 sportspersons, coaches, and officials from across the country will be participating in 36 sports disciplines, making it the biggest National Games ever.

“The 36th National Games has taken over the country right now. The fact that we are doing it after many years and the fact that we are doing it in the midst of Navratri at a location which celebrates Navratri. The entire euphoria is like double right now because we are doing the opening ceremony. We have Navratri in the euphoria plus our Prime Minister has graced the occasion. So, a lot of combination of all of this which is making it a very special, ” organiser of the games Chanda Singh.