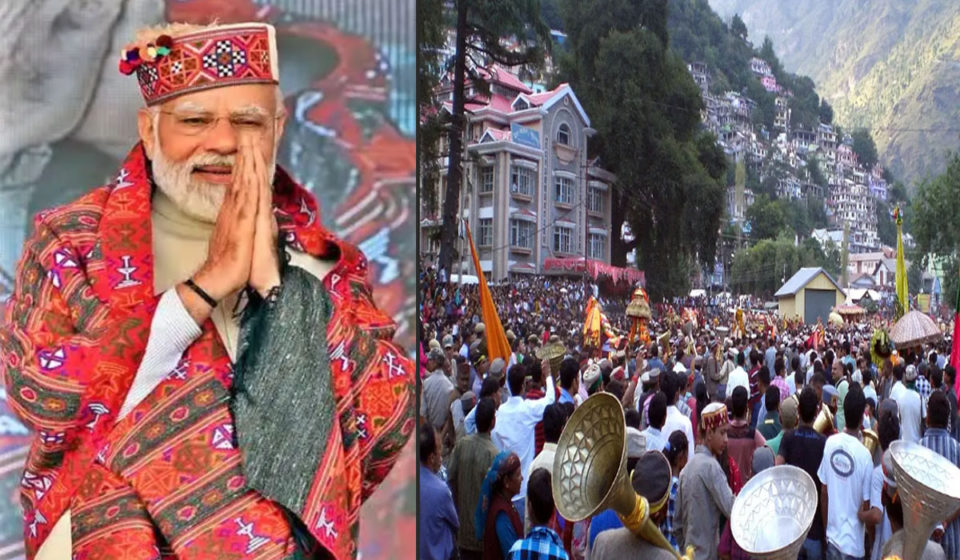 Prime Minister Narendra Modi will inaugurate AIIMS, Bilaspur, and participate in the famous Kullu Dussehra celebrations during his visit to Himachal Pradesh on Wednesday (5 October). He will also be the first Prime Minister to take part in the historic Kullu Dussehra, where more than 300 local deities congregate annually. The tradition traces back its history to more than 350 years.

He will inaugurate and lay foundation stones for the development worth over ₹3,650 crore and will hold public meetings in the state, an official statement said. After dedicating the hospital to citizens, PM Modi will address a rally at Luhnu Ground. The prime minister will also participate in Dussehra celebrations in Kullu, the PMO said in a statement.

“The Prime Minister will lay the foundation stone of the Medical Device Park at Nalagarh, which will be built at a cost of about Rs 350 crore to significantly enhance employment opportunities in the region. MoUs of more than Rs 800 crore have already been signed for setting up industries in this Medical Device Park,” the PMO statement said.

Himachal Pradesh Chief Minister Jai Ram Thakur, Union minister Anurag Thakur and BJP chief JP Nadda inspected the arrangements for PM Modi’s visit on Monday. JP Nadda held meetings with the workers of the party and exuded confidence in winning the Assembly elections in Gujarat and Himachal, which will be held later this year.