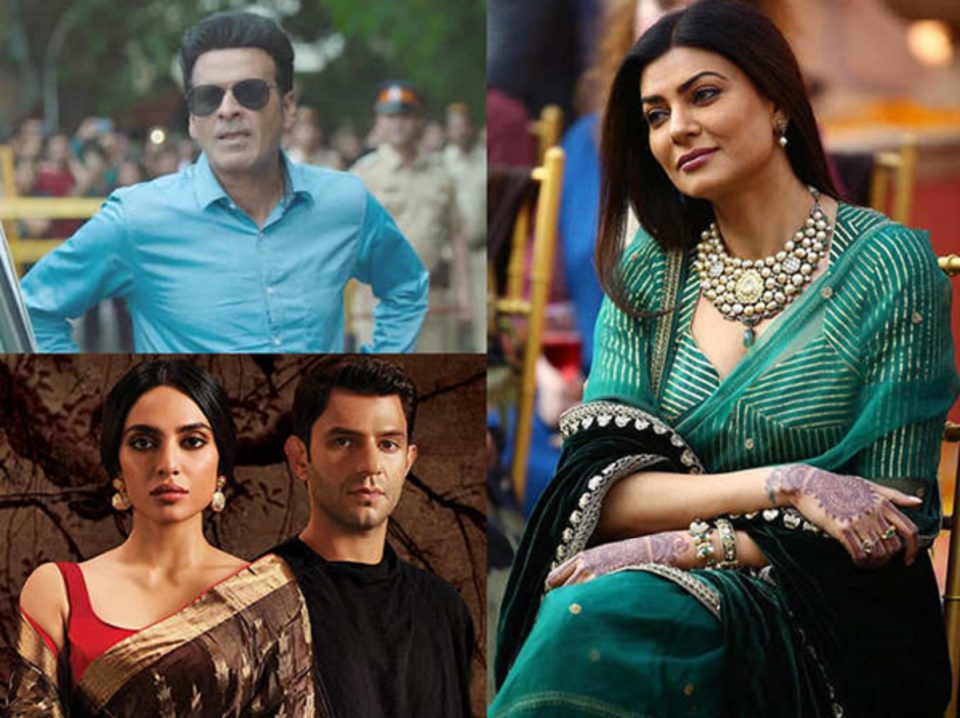 Web series released in India are raising the bar for the past few years while being streamed on various platforms like Disney+ HotStar, Netflix and Sony Liv.  Most of them are fresh pieces while the others are sequels or continuations of the previous series. If you are not sure whether your favourite web series sequel will release in 2022 or not, check the list below.

In the previous seasons, we have witnessed Kaleen Bhaiyya a.k.a. Akhandanand Tripathi rules Mirzapur while running his profitable carpet business and ammunition trade. The first season showed us how he faces a pair who seek to get rich and takes his work as a don. However, Kaleen Bhaiyya’s son results in mayhem and costs the life of one of the brothers in the first season and Munna is shot in the season. As a result, Kaleen Bhaiyya is rescued by his rival and Guddu Pandit sits on the throne with the help of Kaleen’s wife and his sister-in-law. We as the audience can do nothing but wait for the sequel to figure out what happened to the ultimate don, Kaleen Bhaiyya and will Guddu be able to rule the Mirzapur throne.

Yet another crime thriller and much-awaited web series sequel in India is Pataal Lok that looked at crime beyond relations and cop’s mind. One thing that broke stereotype about grey areas in society is that crime and punishment does not always go hand in hand. The series got critical acclamation from fans and film critics especially for the excellent role played by Jaideep Ahlawat as Hathiram Choudhary. He is a cop in Delhi who is given a case to solve but finds himself as a puppet in the hands of politicians and celebrities.

The first season chronicled the life of a police agency facing potential danger after a terrible rape of a med student in Delhi. The series showed the issues encountered by a senior police officer and how she finds herself fighting corruption, sexism, and political opportunism while combating her daughter’s notion of women’s rights in Indian cities. The first season premiered in 2019 to amazing acclaim and earned an Emmy Award, making it the first Indian online series to do so. There isn’t much information about Season 2 yet, however, there is a clue regarding crimes against elderly folks in the nation’s capital.

Undekhi season 1 started by giving us glimpses of two different corners of India. The first corner is West Bengal’s Sunderbans where villagers find a policeman’s corpse and the other corner is in Himachal Pradesh where a dancer is a hot dead by a drunk man. Together, the two crimes and the effort involved in solving them create the entire series. While the series portrays dark areas of human life and the crime world, the comic act given by the characters provide us with some relief. A tenth and the final episode is made in a way that keeps the audience on the edge of their seats. Thus, we can say that this popular web series sequel will start from where it stopped in the first season i.e., the point where police outwit others.

An entire nation was captivated by the exploits of an intelligence officer who kept his professional life hidden from his family. The first season, which premiered in 2019, followed Shrikant Tiwari and his colleague JK Talpade as they hunted terrorism suspects in a race against time till the last episode culminated with a suspected chemical assault on India’s national capital Delhi. The second season began at that moment, and this irresistible team once again foiled a conspiracy by the former Tamil Tigers to murder the Indian Prime Minister. By doing so, they hinted to the third season going to the north of India and potential Chinese concerns.

After releasing its first season on a less popular platform, Voot, Asur gradually gained appreciation from the audience. I must say that its first season rather went unnoticed initially due to many new web series streaming on major platforms at the same time. Even so, the first season is loved by audiences, particularly for the exceptional performance of Arshad Warsi, a veteran actor. He is a forensic-turned teacher who joined back CBI. With Asur, Arshad Warsi made his first debut on the OTT platform like many other seasoned actors and have done justice to his acting skills, making us wait for the next sequel.

This became one web series that studied military interactions at a period when the Forces seemed associated with nationalism. Monica Mehra, an Army lawyer, is called in to investigate the killing of an officer with 2 other terrorists. In the eyes of the young lawyer, it appears to be a straightforward case, but preliminary inquiries suggest that the truth might lay elsewhere. First, she gets into an argument with the army’s defence advisers, Angad Sandhu, who subsequently becomes a friend and assists her in solving the riddle. Interactions that began just as an encounter turns into a forgery and evolve into another angle as the story progresses.

Made in Heaven Season 2

It seemed like this web series, developed by Zoya Akhtar and Reema Kagti for Excel Entertainment, was expressly designed to challenge prejudices. Everything including marital rape to same-sex romance and betrayal is discussed while two wedding planners named Tara Khanna and Karan Mehra fight to just get their project off the ground and then keep it running irrespective of the presence of enemies they create along the way. The series’ writers do strive to go deep into the psychology of even the supporting actors, such as the owner of the premises where the protagonist resides.

This web series reveals what an engineering graduate does after he fails to clear his management entrance exams. He indeed decides to take up a government job, as a gram panchayat secretary of a village that is positioned between two state borders. Abhishek Tripathi, the gram panchayat newly appointed secretary lives in a fictitious village Phulera panchayat office and is exposed to democratic institutions work management system at the grass-root level. The story is portrayed in a light comedy manner displaying political precedents in an Indian village. Jitendra Kumar plays his part as secretary excellently while the other actors supported his role outstandingly.

Having a veteran actress Sushmita Sen, Aarya is one web series that is based on a Dutch web series named Penoza. The first season reveals how the daughter of a drug dealer get sucked into her family business while her husband ends up being a whistleblower. The family eliminated one of them i.e., Aarya’s husband and she manages to battle with the help of the country cops. Aarya season 2 started with her return as a key witness in drug peddling and murder cases against her own family and arch-rivals. The third season is expected to get released this year where we may see what Aarya plans.

This popular web series sequel that can release in 2022 is particularly for cricket fans, like an IPL. The web series is a sports thriller and must to see. Cricket players like Vayu Raghavan, Arvind Vashisht, and Prashanth Kanaujiya who look like real-life cricketers are introduced in the first season. Nevertheless, all the players had to deal with unscrupulous politics and fix matches until the cricket board discovered the truth. Excellent performance by Richa Chaddha, Angad Bedi, Amir Bashir and Vivek Oberoi makes the earlier season gripping and still running successfully in Amazon Prime.