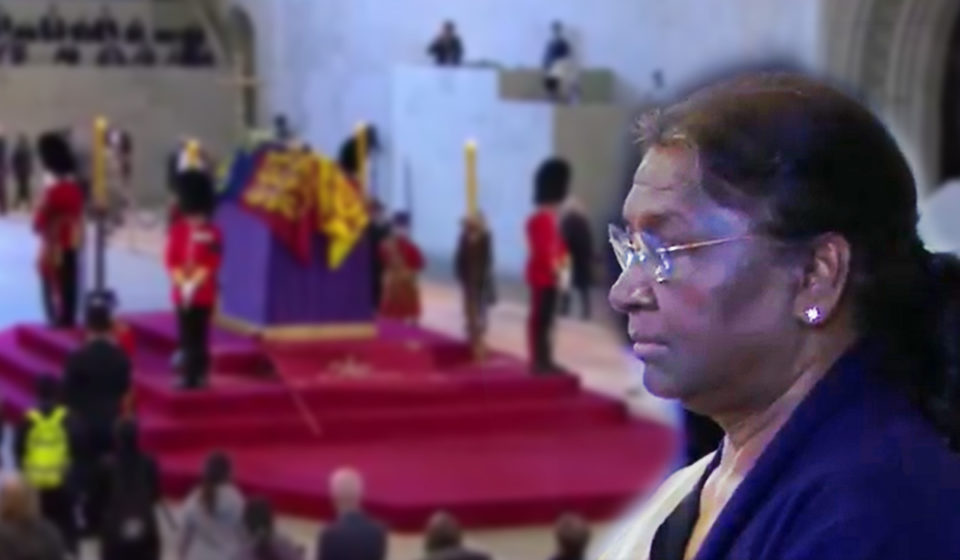 President Draupadi Murmu who arrived in London paid tributes to the longest serving Monarch of British Queen Elizabeth II whose soul departed from on the afternoon of 9th September.

President Murmu visited the Westminster Hall in London where the body of the Queen is lying in state and offered condolences on behalf of the Indian government.

Ahead of Monday’s funeral service, the President is invited to a reception hosted by King Charles and Queen Consort Camilla at Buckingham Palace. All visiting heads of state, government and official overseas guests are expected at what has been described as an “official state event”.

The Ministry of External Affairs (MEA) confirmed earlier this week that the President will be travelling to London to offer condolences on behalf of the government of India.

“In the 70 years of reign of HM Queen Elizabeth II, India-U.K. ties have evolved, flourished and strengthened immensely. She played an important role in the welfare of millions of people around the world as Head of the Commonwealth,” the MEA statement read.

Unanticipated Consequences of Over Sleeping