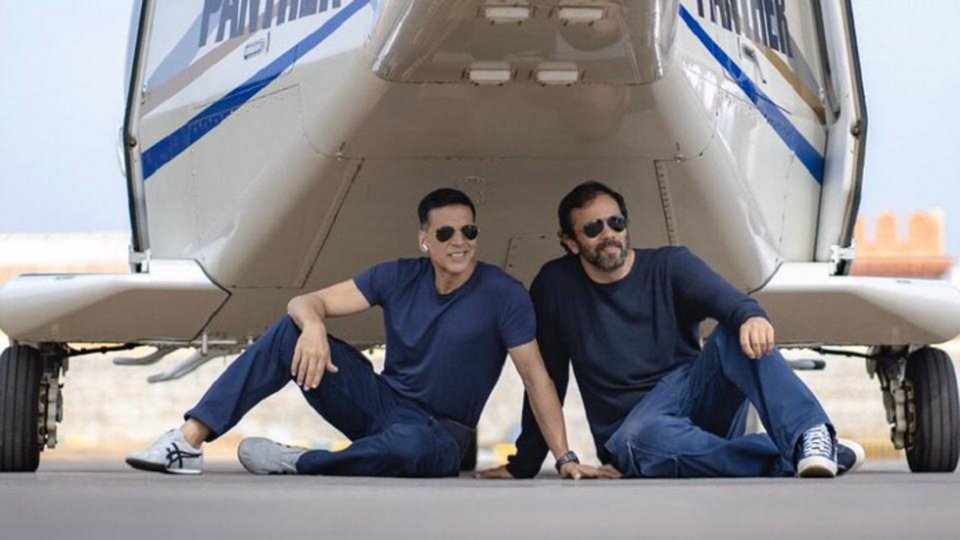 Bollywood celebrities have always owned a style and aura. The swag which they carry reveals that in-between showcasing great talent, showing luxury is incredible! Besides owning expensive cars, home, bikes and jewellery, many of our Bollywood stars own charter flights which they use while moving around the globe. Their private jets may have a personal spa to a solon besides many compartments that can make travelling comfortable and time-consuming. Since our B-town industry is one of the richest industries in India, the lifestyle of Bollywood celebrities also reflects luxuriousness. The private jets owned by some famous celebrities speak for the fame and success gained over the years. Let’s have a look at the list of 12 Bollywood celebrities who like to flaunt their private jets and live life king size.

Akshay Kumar is one actor who gives around 3-4 hits each year. Most of his movies comprise action scenes and are completed by this versatile actor in less than 50 days. The Khiladi of Bollywood is also known to be one of the most disciplined actors who like maintaining punctuality in work and health life. His dedication shown towards his work has made him earn a private jet too! Akshay Kumar private jet is used by him for reaching the desired destination in the desired deadline. Besides owning a private jet worth 260 crores, he is the proud owner of many luxurious possessions such as Rolls Royce Phantom, Bentley Continental Flying Spur, Range Rover Vogue, Porsche Cayenne, and Yamaha V Max besides many others.

A legendary star and a person honoured by Padma Bhushan and Dadasaheb Phalke Award besides many glorious awards, Amitabh Bachchan is one man in Bollywood famous worldwide for his versatility, punctuality and humbleness. Even at the age of 77, he charges around 15-20 crores per movies which have made him earn a private jet. His private jet costs around 260 crores and is used by him as well as his family for travelling throughout the globe.

King Khan or the Badshah of Indian cinema, Shahrukh Khan is famously known as King of Romance too. He is the most loved star in Bollywood and charges not less than 20 crores per movie. His advertisement projects are charged almost 5 crores. He owns many hotels in international destinations besides having a luxurious private jet that costs around 350 crores. Surely, he lives like a king in his private charter flight! It is been reported that during IPL, at least 3 businessmen have lent their aircraft to Shahrukh for travelling.

Salman Khan is probably one of the most popular B-town celebrities in India with the highest fan following one can ever imagine. By charging in between 40-50 crores per movie, he is the highest-paid actor in Bollywood. The Bhaijan gets around 5-9 crores for a single commercial advertisement. Although Salman Khan lives in a 1 BHK flat in Galaxy apartment, he owns a private jet which he uses to travel with his family and friends.

Hrithik Roshan was declared as the most handsome man in the world by a US-based agency. He is in the list of private jet owners too in India. His private jet, Karjat Juhu was brought during the making of his film, Jodhaa Akbar that is mostly used during his vacationing with friends and family.

Married to a business tycoon Raj Kundra, Shilpa Shetty leads a luxurious life than any other actresses in Bollywood does. The couple owns a private charted flight besides money, peace and love in their life. Since they lead a lavish life and has enough time to travel, they make use of their private jet wisely. Shilpa Shetty is a proud owner an IPL team, Rajasthan Royals and of an expensive home too and loves travelling with her industry friends to holiday destinations.

Amazed to know that Ajay Devgan too owns a private jet? Surprisingly, Ajay Devgan, the actor, director and producer was the first one who owned a six-seater private jet. He is definitely one of the finest actors in Bollywood and has accomplished enough to buy a private jet for himself and his family.

Who does not know Priyanka Chopra? Our very Desi girl and an international star although remains quite busy with Bollywood as well as with Hollywood projects, but have secured enough time and wealth to attain a luxurious private jet. She has to travel across borders more often due to real-time commitments and busy schedules. Priyanka realised that a private jet is a must for her and now, it helps her to take naps too while travelling.

Another versatile actor of Bollywood is famous for owning a private jet which he uses for travelling abroad. He likes to party in his own jet besides travelling in it with his family and friends.

Once being the queen of Bollywood, Madhuri Dixit years of mainstream success has made her wealthy enough to accomplish a private jet for herself. Madhuri is well aware of how to keep up with a reputation. Although her career may have slowed a little, she still holds an epitome of beauty besides gaining a huge fan following comprising every age.

The beauty queen of Bollywood loves to take her daughter out in a privately owned jet plane. She is an international face and popular in Cannes Film Festival. Her family own three private jets including herself, her husband Abhishek Bachchan and her father-in-law Amitabh Bachchan which helps them in travelling to their houses spread across the world.