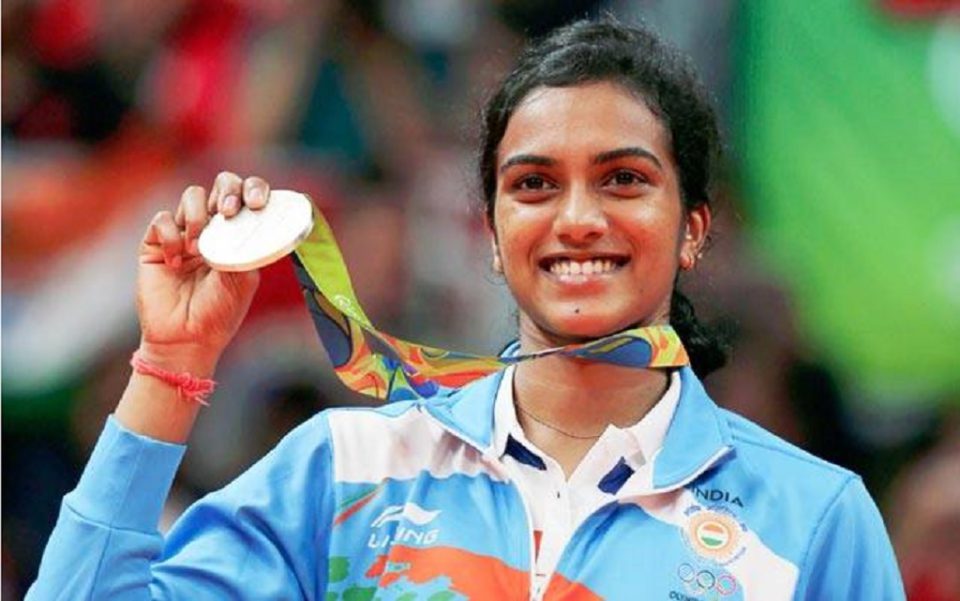 One of the most accomplished female athletes in India is PV Sindhu who has won most of the badminton tournaments played internationally including a silver in 2016’s Rio edition which was her maiden Olympic appearance. In the 2020 Tokyo Olympic games, PV Sindhu once again made India proud of her as she won a bronze medal for the nation.

The Rio edition was her first Olympic medal while the 2020 Olympics made her the first female athlete from India to win 2 successive medals in Olympics. Sindhu was able to secure her medal after outshining HE Bing Jia of China while playing women’s singles third-place play-off. She is the first female and 2nd athlete to win two Olympic medals after Sushil Kumar won a silver in 2012 London and a bronze in Beijing 2008.

PV Sindhu, full name being Pusarla Venkata Sindhu was born on 5th July 1995. She is a professional badminton player residing in India and had won several medals for the country including BWF circuit gold in the 2019 World Championships and a silver and bronze in Olympics. PV Sindhu is the first Indian woman to become the badminton World Champion and only second after Sushil to win two consecutive medals in Olympic games. In 2017, she was ranked no.2 worldwide amongst top Badminton players.

In 2012, PV Sindhu was in the top 20 players in BWF Championship ranking. She was just 17 years old at that time. From 2013 onwards, she won medals at almost every world championship. You will be amazed to know that she is the second badminton player after Zhang Ning who won five more medals in world championships.

In the 2016 Summer Olympics held in Rio, PV Sindhu represented India and became the first Indian female’s badminton player to reach the finals. She secured silver after defeating Carolina Marin of Spain. She won her first Superseries title during China Open in 2016 and won four more in 2017 by winning from South Korea. She won two bronzes in Uber Cup and silver in the 2018 Asian Games and Commonwealth Games.

PV Sindhu was listed by Forbes as the Highest-Paid Female Athletes in 2018 and 2019 when she made $8.5 million and $5.5 million respectively. She is also honoured with Rajiv Gandhi Khel Ratna, Padma Shri and India’s Civilian Award. Sindhu was also awarded Padma Bhushan and the third Civilian award in 2020.

A few moments after PV Sindhu won a bronze in the 2020 Tokyo Olympics, she expressed her extreme joy by stating that she was on top of the world and winning in Tokyo Olympics was a proud moment for her. She said, “I have no words because it’s definitely a proud moment for me and also for the country and getting a medal at the Olympics for 2nd time is I am at the top of the world,”

However, the match was not an easy one for her who was hoping to get a 2nd medal in Olympics even after losing to Tai Tzu Ying in the semi-finals held on Saturday. With hard work and dedication, Sindhu regained all her mental and physical strength thereby hammering high-ranked player Bing Jiao.

After winning, she screamed out of joy and embraced Park Tae Sang, her badminton coach who have always influenced her to win medals in international games such as Rio Olympics and Tokyo Olympics.

It can be said that Sidhu did not start with her best shots since the beginning but improved eventually. Her progress was evident after her semi-final in All-England Championships match. Today, 26 years old Sindhu shows a sign of power that secured her world championships ranks and medal including gold, silver and bronze.

History of Skydiving and Some Weird Fun Facts Regarding the Sport.