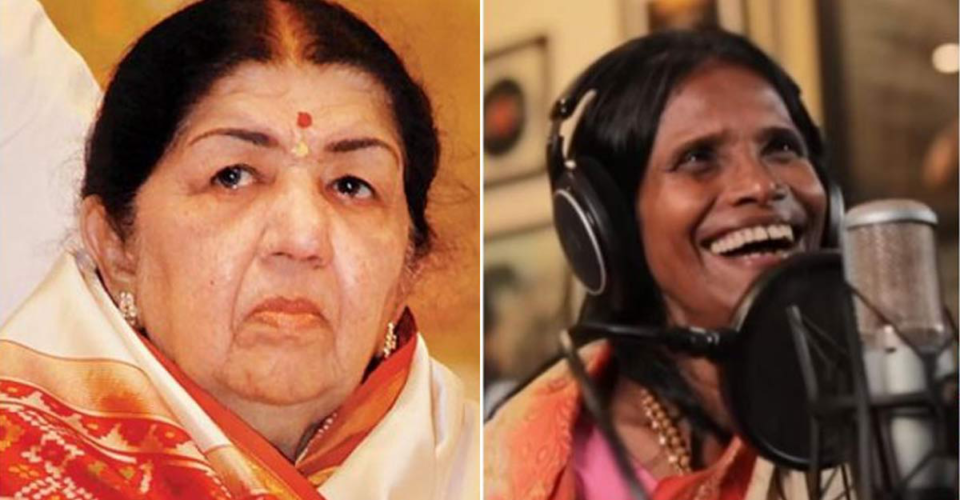 Viral singing sensation Ranu Mondal’s rags to riches story was one of the most inspiring ones that took shape in recent times. Ranu Mondal recorded her first song for music composer Himesh Reshammiya and gained immense popularity on Youtube. If you were to listen to the song titled Teri Meri Kahani, the sweet voice that Ranu possesses, blends perfectly into the lyrics. If you were to watch the video of the song from Himesh’s film Happy Hardy and Heer, you can see her singing with the confidence of a rising star but her disposition is in no way flashy or extra. Considering that this was Ranu Mondal’s first song in Bollywood, she sang the song with the same emotion and feel that she put into her first song Ek Pyaar Ka Nagma Hai at Ranaghat Railway station, West Bengal.

But with every rising star, there comes a time where success means braving the raw and unruly side of fame. Here’s a list of Ranu Mondal controversies that shook the internet:

From Rags To Riches To Don’t Touch Me B*tches

Ranu Mondal was discovered when her video from the Ranaghat station in West Bengal, crooning Lata Mangeshkar’s popular track ‘Ek Pyar Ka Nagma Hai’ from the 1972’s film ‘Shor’ went viral on the internet. She mesmerised everyone with her melodious voice at the station, and all thanks to a Facebook user, went on to take over the big stage and eventually even bag a recording deal with singer Himesh Reshammiya.

After making her presence felt online, Ranu appeared on popular singing reality shows and even impressed Himesh Reshammiya, who offered her a recording deal to sing for a song.

Himesh kept his promise. Soon after Ranu became a regular on tabloids.

In a video from 2019 that was doing the rounds on social media, Ranu was seen snapping at a fan requesting her for a selfie. Trolls made the most of the viral video and slammed her for her harsh refusal to click a selfie with a fan. The video of the incident was shared online, where Ranu Mondal retracts after a fan approaches her for a selfie by saying, “Please, Don’t touch me.”

Ranu Mondal’s actions seemed to anguish her fans, who slammed the singer for her behaviour.

From bagging recording deals to appearing on a host of reality shows, and now even attending various public events, Ranu has been living it up like a true star. There was a rumour that claimed that she won a fan in actor Salman Khan, who allegedly gifted her a flat worth Rs 55 lakh. Others speculated that the superstar, known for his generous side, even gifted her a car. However, those reports were later deemed false and baseless.

One report allegedly suggested that she has gone back to stay at her old residence due to a lack of singing offers in Bollywood paired with lockdown burdens.

Following the incident with her fan, Ranu Mondal fell prey to trolls, who mercilessly trolled her for a picture where she is sporting excess makeup and heavy jewellery at an event. Her photos quickly went viral on social media sites, and she was brutally trolled by many taking mean jibes and comparing her to ‘The Nun’. However, many others came to her defence and slammed the trolls for their hurtful posts.

A few days later, it was revealed that Ranu Mondal’s picture was fake and edited.  The makeup artist who styled Ranu Mondal took to her social media to call out the trolls. She said, “We truly hope that you all will understand the truth and realise the difference between the fake one and the one that is genuine.”

Ranu Mondal got married to Bablu Mondal. The two were working at actor Feroz Khan’s house. Ranu shared that her husband was a cook there. However, after the sudden demise of her husband, her life shattered. She struggled a lot after that.

In an interview, Ranu’s daughter said, “I didn’t know that ma used to sing at the railway station because I could not visit ma regularly. I had been to Dharmatala (in Kolkata) a couple of months ago and found her sitting aimlessly at a bus stand. I told her to go home immediately and gave her Rs. 200. I used to send her Rs. 500 as and when possible using an uncle’s account. I am a divorcee and run a small grocery shop in Suri (a small town in Birbhum district), where I stay. I am a single mother looking after my younger son. So, I have my own struggles. Still, I try to look after ma as much as I can. I tried to get her to stay with us several times, but my mother does not want to stay with us. Despite this, people are blaming me. The public is against me. Who do I go to now?.”

Elizabeth is Ranu’s daughter from her first husband. She also has an elder brother. Ranu has children from her second husband too but no information about them is out yet.

In an interview, Elizabeth shared, “My father passed away a few years back. Ma’s kids from her second husband probably stay in Mumbai now, though I am not sure. Her second husband is still alive. I am her first husband’s daughter, and I have an elder brother and a half-brother and half-sister. We are not in touch with each other. Why don’t the other kids take responsibility of ma? Why nobody is blaming them? I want them to come forward and take care of ma along with me.”

Not everyone can be Lata Mangeshkar. Ranu, who was catapulted into the spotlight for crooning the legend’s song, learnt it the hard way.

When Lata was asked about Ranu, she expressed her happiness but with reservations. While saying that she feels fortunate that people can benefit from her name and work, she added, “But I also feel imitation is not a reliable and durable companion for success.”

“But it won’t last,” said Lataji and advised Ranu and other young aspiring singers to “Be original.”