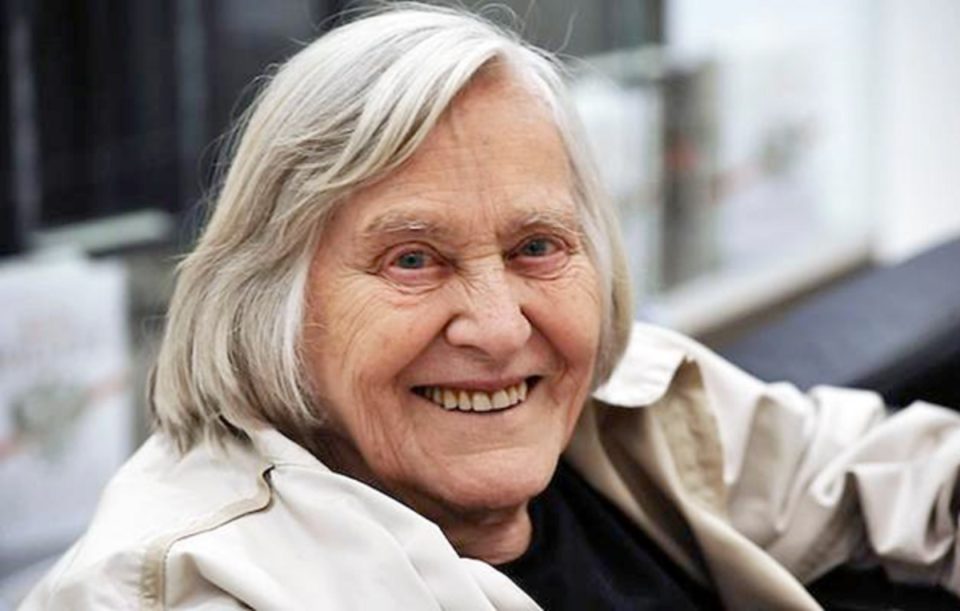 Born on 12th June 1922 in Florence, Margherita Hack was the daughter of a bookkeeper named Roberto Hack and Maria Luisa Poggesi Hack. Margherita was a full professor of astronomy from 1964 to 1992 at the University of Trieste. She was also the first woman who administrated from 1964 to 1987 at Trieste Astronomical Observatory. Apart from it, Margherita Hack worked for various American and European observatories and was an active member of the European Space Agency and Nasa’s working groups.

Many scientific journals and research papers published on astronomy-based books as well as journal articles written by Margherita Hack are still used for astronomy study. Margherita Hack died on June 29, 2013, at an age of 91. Last year, Google Doodle celebrated Margherita Hack’s birth anniversary on her 99th birthday. Margherita Hack discovered an asteroid in 1995 which was named after her and hence, Google showed her image while sitting on a chair looking into the telescope.

Margherita Hack was born in Florence in the year 1922. She was suspended for twenty days in the last year of her secondary school because of her anti-fascist ideas. The suspension was made so she could not sit for her secondary school leaving exams. Since Italy was at war, the exams did not take place that year and every student passed their secondary exams on the basis of the grades they received during their academic course. Margherita Hack got herself enrolled in university in 1940 and choose to study literature at the Faculty of Arts in Florence. However, she found her class non-interesting and switched to the Faculty of Physics.

Margherita Hack won the high and long jump competitions in May 1941 in the Littoriali. Since the competition was organized during the fascist regime, she had to take a loyal oath to the regime. All her life, she referred to this oath as her “first serious compromise”. Margherita Hack attended an astronomy class in her third year at university. She married Aldo de Rosa, a childhood friend in 1944. This was the year she asked her professor Fracastro to be her mentor and he gave her the idea to write about Cepheid variables which is a class of variable stars. In 1945, Margherita Hack graduated with good grades.

Margherita Hack was nominated as a full professor of Astronomy at the University of Trieste and henceforth became the director of the Astronomical Observatory of Trieste. In Italy, she was the first woman to hold such significant positions. Although the observatory she looked after was the last one in Italy, she led it to national and international fame within a few years. When she restructured Italian universities, she found a Department of Astronomy at the University of Trieste in 1980 and was appointed the head of the department.

Margherita Hack was well aware that to make her country strong in astronomical studies, she had to get involved in politics. She took part in many campaigns for civil rights to bring astronomy-related studies to the limelight. She spoke about Nazism and fascism and how racist laws discriminated through pseudo-scientific agreements. Margherita Hack advocated for laws favoring abortion, gay rights, and euthanasia besides criticizing the Roman Catholic Church for its anti-scientific outlooks. Margherita was awarded a Gold Medal of the Italian Order of Merit for Culture and Art in 1998 and Knight Grand Cross of the Order of Merit of the Italian Republic in 2012.

Margherita Hack turned the local Astronomical Observatory into a modern research centre with an international scope and involvement in significant research projects, transforming it from a small and unknown institution. The rare combination of management skills, analytical vision, and good character that coexisted in her distinct personality enabled this radical shift.

“Stellar Spectroscopy,” co-authored with Otto Struve and released in 1969, is a standard reference textbook for the study of stellar atmospheres. In this discipline, she investigated the chemical makeup of stars, as well as their surface temperature and gravity. Professor Hack was the first of the Italian astronomers to see that space telescopes were the way forward for astronomical and scientific research. She worked on the UV data from the Copernicus satellite in the 1970s intending to research the energetic events that occur in the outer parts of the celestial atmosphere and produce mass losses that must be accounted for in theoretical stellar evolution models.

In 1974, she released her first study paper based on Copernicus’ data in Nature. Her constant push to develop and build better equipment led her to play a key part in the definition and scientific exploitation of the International Ultraviolet Explorer satellite mission in the 1980s, alongside other researchers from the Astronomical Observatory of Trieste.

Margherita Hack died on 29th June 2013 in Trieste’s Cattinara Hospital. She was suffering from heart disease for about two years. Margherita Hack refused to have heart surgery. A year later, her husband Aldo De Rose also died on 26th September 2014 due to Alzheimer’s disease.

Although Margherita Hack never participated in any artistic project, she spent a lot of time in the arts, particularly after she took retirement from work life in 1997. She co-hosted a program in 2011 on DEA Kids TV Channel entitled Big Bang about travelling through space. She wrote many news columns and journals between 1996-2013 in the Italian newspaper L’Unita and talked mostly about science, politics, gender equality, politics and LGBT rights. The newspaper archives cannot be retrieved online but there is a book published under the same name where her articles and columns were published. In 2006, she was active in an artistic project for once when she wrote lyrics for a song. A movie called “Why I Do not Know” was also dedicated to Margherita Hack’s life.