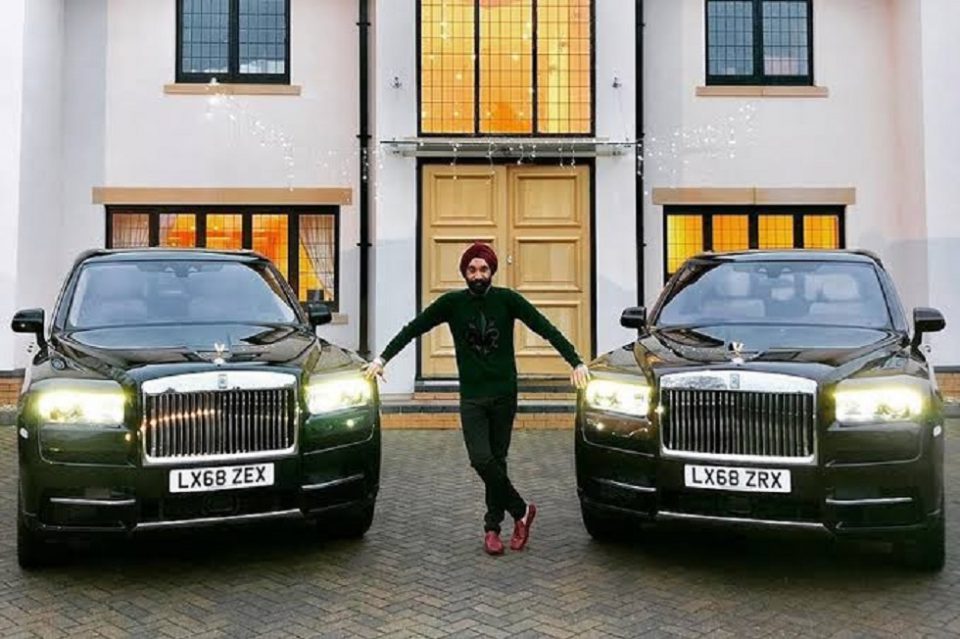 Reuben Singh is a famous British entrepreneur of Indian origin. Reuben Singh is the CEO of alldayPA, a contact centre company and Isher Capital, a private equity firm. He rose to prominence during the mid-1990s as a result of the success of the Miss Attitude chain. He has held many public appointments and was invited by the former British Prime Minister Tony Blair to serve on a government advisory panel on small businesses. He was also invited to serve on the Competitiveness Council. He served on the seven-man government task force which was asked to review and report on the Department of Culture, Media, and Sport. He was appointed to the DTIs Competitiveness Council and the Small Business Council by the government. Reuben Singh also has the famous moniker of “British Bill Gates”. Reuben Singh is also an outspoken advocate for the National Living Wage.

Reuben Singh: All You Need to Know

When was Reuben Singh born?

Reuben Singh was born on September 20th, 1970 into a wealthy family who ran an outsized importing business, Sabco, and had business interests in Canada. They came to England in the 1970s and had a family home in Poynton, a village in Cheshire.

What are Reuben Singh’s educational qualifications?

In 2004, he received an honorary doctorate from Guru Nanak Dev University for his contribution to entrepreneurship.

Reuben Singh’s first business, Miss Attitude, was a chain which sold girls’ accessories and opened in 1995 at the Manchester Arndale Centre. Within a few years, there were more than 100 Miss Attitude shops all over the United Kingdom . He sold the business in 1999 for an undisclosed price while still studying at university. Reports from the British press initially suggested a sum that ranged between £1 and £22m. Due to the deal being subject to a confidentiality agreement, the actual sum remains unknown until today.

In early 2005, Reuben Singh was sued for a £1.2m debt and newspapers reported on investigations into his business interests.

This company was launched by Reuben Singh in the year 2000. The company’s financial statements recorded increased profits year on year (between 2004–2011) and Singh began to build up partnerships with multinational companies such as T-Mobile and MBNA credit card. The company was estimated to be worth around £85 million.

Singh remained on the management team of the company until he was declared bankrupt in October 2007 on the petition of Bank of Scotland. The petition was a result of a dispute over a loan he had personally guaranteed (a case that lasted from 2004 to 2007). He was automatically discharged from bankruptcy after one year, as is standard procedure in the UK, in October 2008.

Singh has since overseen a £15m investment in new technology at the company, and in 2017, saw the largest number of calls answered for its clients in a 12-month period – over 20 million. In 2015, alldayPA moved into a 300-seat call centre in Salford Quays, promising the creation of a further 200 jobs

Reuben Singh launched an app version of alldayPA in the year 2016. He invested a total of £250,000 in the endeavour. It allows tracking of incoming calls, monitoring of usage cost data and receiving notifications of inbound messages easily.

The company currently has over 24,000 clients. It is regarded as a specialist in call answering and business support and a key investor in Salford.

Reuben Singh is also the CEO of Isher Capital, a ’boutique’ private equity firm launched in 2014. Isher Capital is based in London and Manchester.

What are some of Reuben Singh’s Philanthropic endeavours?

In 2015, he launched the Reuben Singh Scholarship to support young people in higher education to work on their business ideas while studying. The scholarship is available to any UK undergraduate who has showcased business endeavors or entrepreneurial spirit.

What are the Honors and awards won by Reuben Singh?

On January 26th, 2003, The World Economic Forum honoured Reuben Singh as one of the “Global Leaders of Tomorrow” (GLT) in Davos. On October 13th, 2003 his portrait was included in the UK National Portrait Gallery. The photograph was taken by Trevor Ray Hart in December 1999. In 2003 the MIT Boston Technology Review Magazine voted him as one of the World’s top Innovators in their prestigious review. In May 2005, he was invited to Dubai by His Royal Highness Sheikh Mohammed Bin Rashid Al Maktoum (the Prince of Dubai) to address an audience of over 1000 business leaders and entrepreneurs.

He was entered into the 1998 Guinness Book of Records as the world’s youngest self-made millionaire and also finished joint 7th in the 2002 Sunday Times ‘Rich List’.

In 2002, a piece of writing within the Manchester Evening News – followed a couple of days later by a piece of writing within the Financial Mail – contained damning information regarding Reuben Singh’s business ventures. The articles called him a fantasist. Reuben Singh was apparently claiming his success and wealth to be much more than what it actually was. It also revealed that a customer of Miss Attitude, American financier Gary Klesch, claimed to have bought the debt-laden business for £1. However, independent articles noted that it may have been a “deliberate character-assassination attempt.”

Speaking to Sathnam Sanghera of the Financial Times, Reuben Singh said: “these stories are just rumours supported jealousy and are a complete misrepresentation”, adding that a confidentiality clause prohibited him from discussing the matter.

After that, Reuben Smith dealt with somewhat of a backlash from the media. A lot of negative stories about Reuben Singh were being circulated by The Manchester Evening News. The newspaper used to run positive stories about Singh earlier but it was now driven towards unearthing the discrepancies in Singh’s affairs. The paper alleged that he had used the press to his advantage, using inaccurate reports about his business prowess to further inflate his reputation as a successful entrepreneur.

MP Graham Stringer introduced tighter regulations after Singh was ready to gain an edge on a Government advisory panel without prior checks.

There has been a lot of controversy surrounding Reuben Singh’s ‘Reuben Singh Group of Companies.’ As per Reuben Singh, the group was made up of 12 trading entities dealing in currency trading, property, retail and construction. However a nation wide enquiry of Companies House listed only two British companies with any net assets of £1000 and £100. The other five British companies that Singh was listed as the director had never filed any accounts but the priority was raised on a £2.64m payment that Singh paid overseas.

Further problems arose in reference to a multimillion-pound overdraft which Singh had guaranteed. In 2004 he was sued by the Royal Bank of Scotland, with judge Michael Kershaw QC ordering Singh to pay the bank £1,229,966 for an overdraft and their legal costs. The judge of the case added: “(The banker) was, I think, to some extent a victim of Mr Singh’s personality as well as Mr Singh’s lies.”