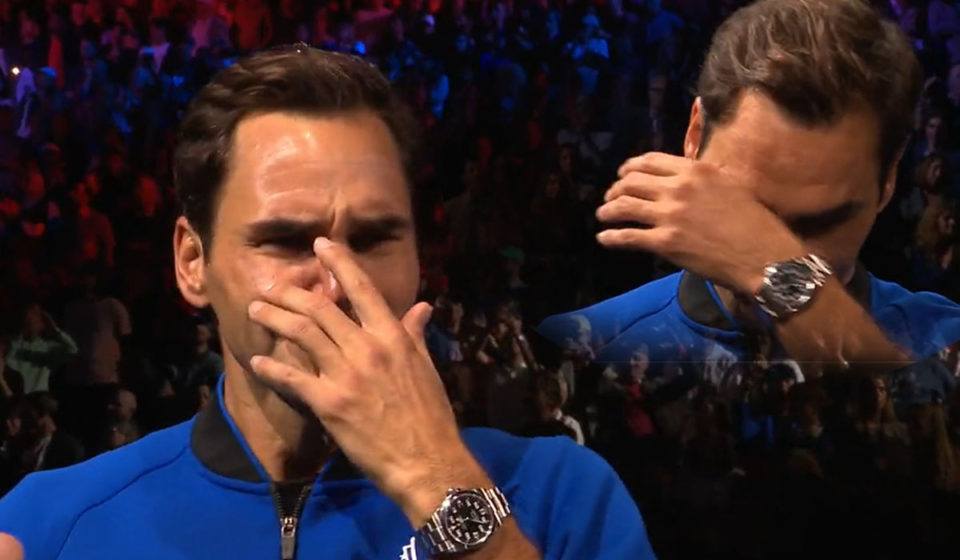 Roger Federer teamed up with Rafael Nadal for the final match of his professional tennis career, in the doubles event at the Laver Cup 2022. However, the iconic pairing of Nadal and Federer lost the match by 6-4, 6-7 (7), 9-11, as the Swiss legend’s career ended on a losing note. After losing the match against Jack Sock and Frances Taifoe, both the players were spotted shedding tears while being seated.

“I had so many people cheering me on. My family is here tonight. I had so much fun over the last so many years, my wife has supported. She could have stopped me a long time ago but she did not. She allowed me to play. Without my mum, I would not be here, thank you to her and my dad. It has been incredible, my god,” said Federer as he tried to control his tears.

Everyone from his fans, competitors, and colleagues gave a farewell to the 20-time Grand Slam champion, as he had a tough time controlling his emotions. As soon as the doubles match concluded, Federer hugged Nadal, alongside his opponents in the middle of the court. Federer was then seen crying, while Nadal wiped down his.  own. While the spectators at the O2 arena in London chanted, “Let’s go, Roger! Let’s go!”, the player mouthed, “Thank you”