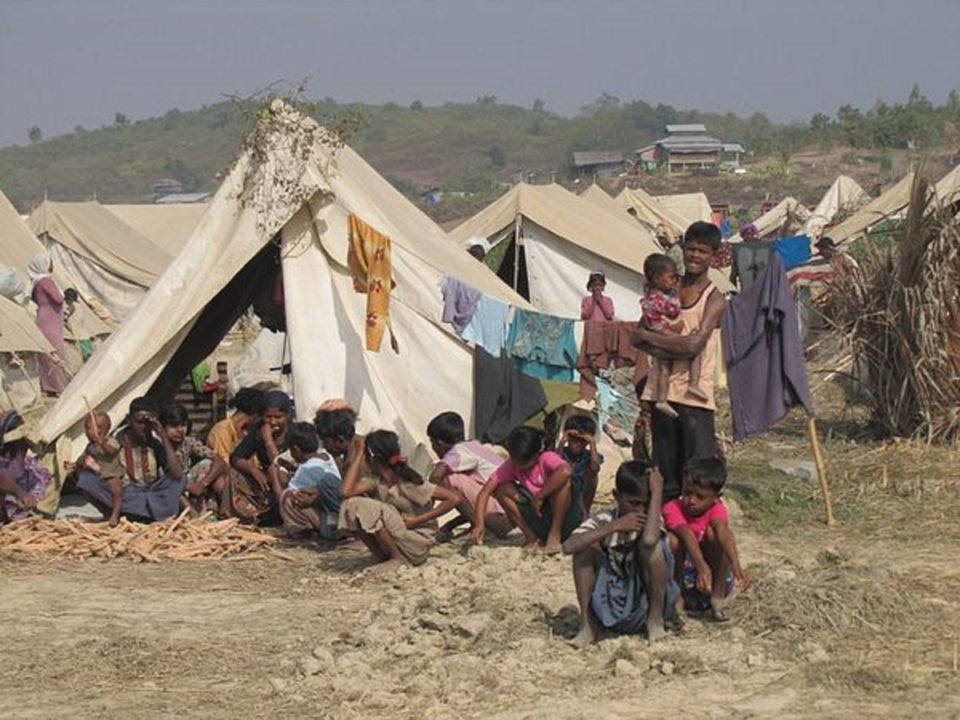 The recent debate considering Rohingyas has again brought the immigrants issue to the forefront. According to recent reports, “There are about 16,000 UNHCR-certified Rohingya refugees in India. The government estimate puts the figure of Rohingya refugees living in India beyond 40,000 with maximum concentration in and around Jammu”. Looking at other facts and statuses, it is clear that India faces illegal foreign invasion but these legal and security dimensions also reveal a deep-seated hatred between Rohingyas and Burmese. Who are Rohingyas and what does Indian refugee policy states about them?

The Rohingyas claim they are an ethnic Muslim community, mostly Sunnis who lived in Rakhine. They speak a distinct language and evidence have been found of their origins between the 9th – 14th century. The Rohingyas came into contact with Arab traders and started following Islam. The Mrauk U Kingdom between 1429 to 1785 encouraged them to settle down in the Rakhine, then called the Arakan region. The Bamar or the ethnic Burmese group catered for Rakhine and pushed thousands of Rohingyas who migrated from Bengal to British India to escape atrocities. While some people remained in Burma, the new Myanmar government does not consider them citizens, but rather Bengali Muslims who have migrated there.

The gap between the Rohingyas and Burmese worsened after Burma was occupied by the British in the early 18th century. The British encouraged Bengali Muslims to settle in Burma to work in tea plantations and paddy fields. They were given some preference as top administrators since they were unhappy with the anti-colonial sentiments of Buddha followers. The Rohingya’s position somehow improved during that time but the divide between Rohingyas and Burmese worsened further and took a communal shape.

During the second world war, Burmese welcomed the Japanese but Rohingyas supported the British. When Burma got independence in 1948, Myanmar refused to accept Rohingyas as legal citizens. The Rohingyas supported Pakistan’s movement which was not liked by the Burmese. When Bangladesh underwent a crackdown in the 1970s, the Bangladeshis took shelter in Myanmar and the government forcibly expelled two lakh Muslims including Rohingyas out of the country.

When the Myanmar government implemented the new Citizenship law in 1982, it identified 135 ethnic communities but Rohingya was not one of them. They were considered mixed-blood and not pure nationals since they entered Myanmar during the colonial period. The mixed blood concept made Rohingyas children termed illegal migrants rather than natural citizens.

The formation of ARSA

There were riots in Rakhine in 2012 between Buddhists and Rohingyas, resulting in more than 78 deaths and thousands of displaced people. The Rohingyas formed a new group called Arakan Rohingya Salvation Army (ARSA) which was earlier called Harakah al-Yaqin under the Karachi-born leader Attaullah Abu Ammar. The Myanmar army and International Crisis Groups were accused of receiving international funds and support. In 2013, ISI tried to contact the Rohingyas to support Indian insurgent groups in Myanmar but blamed China for supplying arms to ARSA and the Arakan army.

Since its formation, the ARSA attacked Myanmar security forces many times and killed many soldiers and officers, kidnapped and murdered civilians besides planned attacks on Myanmar police stations. Myanmar government also retaliated by killing and burning the homes of Rohingyas which made many of them migrate to neighbouring countries like Malaysia, Thailand, and India. The Rohingya live in a miserable condition and do not have any registered residence. In all countries where they have fled out of fear or for their lives, they are called Rohingya refugees.

It is estimated that more than 90,000 Rohingyas live in Thailand, and in India, the number is more than 40,000 with Jammu and Kashmir alone having 8,500 of them. The Rohingya’s migration has been a matter of consideration in India for the past few decades. Moreover, the issues between the Burmese Buddhists and Rohingya Muslims have widened over the years and any peace between them seems to be difficult. Meanwhile, Bangladesh demands that Rohingyas must be repatriated but demand is not possible since they do not have any homes left to return to Myanmar.

The Rohingya’s situation is worse in Bangladesh as they are not allowed to work legally. As a result, the earning member of the family has to risk their lives and exploitation. The Bangladesh government also claims that ever since Rohingyas arrived, criminal activities have increased in their country at an alarming rate. Although UNHCR is trying to offer to support, the funds seem to be insufficient. This means any positive situation for the safe return of Rohingyas is not possible at present.

How does India deal with refugees?

To date, India does not have a succinct law or national policy to deal with the refugees. In a recent tweet, Mr Puri wrote, “India respects and follows UN Refugee Convention 1951 and provides refuge to all, regardless of their race, religion or creed.” Though, India is not bound to follow international laws like UN Convention or 1967 protocols that demand the right to secure refugees who seek asylum and protection from life-threatening places. This means India is free to deal with the issue as per its own choice irrespective of the ruling party.

If the refugees entering India does not have any document, they cannot have an access to basic facilities like healthcare, and employment reduction. But they can get all these in detention camps. Since India does not have any refugee law, those entering India without documents are treated as illegal immigrants and dealt with as per the Foreigners Act or the Indian Passport Act. The only act that protects illegal immigrants is the right to life under Article 21 and protection against arbitrary abuse of power under Article 14 of the constitution.

The Citizenship Amendment Act (CAA), which offers amnesty and speeds up the process for obtaining Indian citizenship for non-Muslim “illegal immigrants” from nearby nations including Pakistan, Bangladesh, and Afghanistan, was passed by Prime Minister Narendra Modi’s administration in 2019. However, the bill received harsh criticism and led to nationwide demonstrations. The law, according to political parties, civil society organizations, and Muslim organizations, violates secular norms entrenched in the constitution.

It is important that India tackles the refugee policy issue at its earliest. India is not a signatory member of the Refugee Convention Act or any other international protocols which could have created a heavy burden on the nation. But the Rohingya’s entrance with external links is a serious security breach especially when they are focusing more on entering Jammu and Kashmir areas. They can easily be pushed towards anti-national movements and can elevate communal conditions.

The best would be to repatriate Rohingyas but India cannot do that forcibly even though they are illegal immigrants. Robust steps would be needed with the support of allied parties that can control international peace. Perhaps, India’s next step would be to ensure that the Rohingyas do not enter India illegally from Bangladesh and are relocated to a place where they are safe and closely watched.

Lifestyle: Incredible Superfoods and Tips to Keep Your Heart Healthy