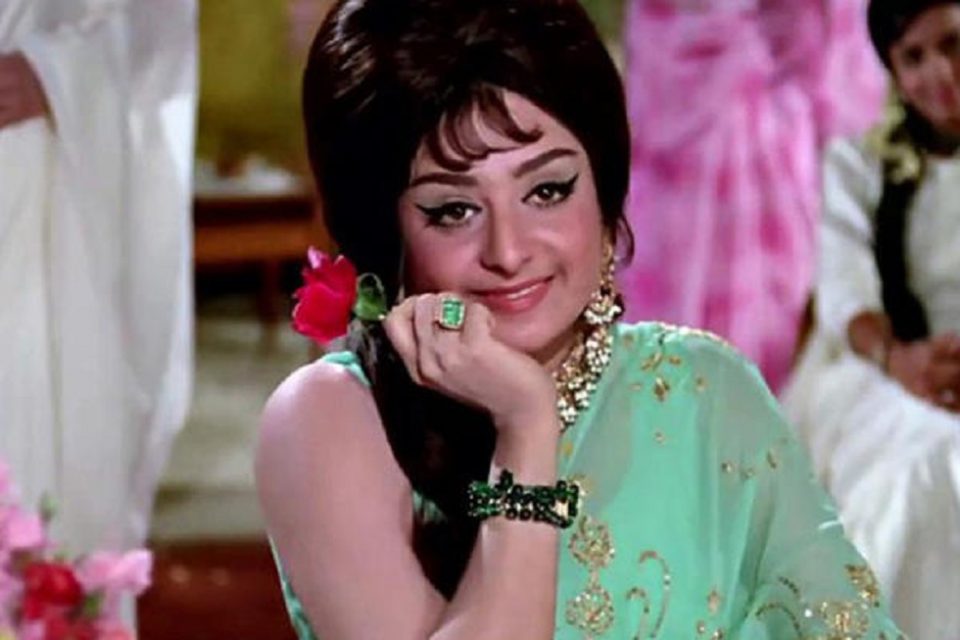 Saira Banu is one of the most notable and gorgeous actresses in Bollywood film industry. She was born on 23rd August 1944 in British India’s Mussorie. Saira Banu was married to a popular film director and actor, Dilip Kumar. It is said that for the first twelve years of her life, Saira Banu had a strange feeling. She assumed herself to be a boy and used to hang out with boys rather than with girls. She took part in boys’ games and was an active participant in it. Things changed completely for her when she went to England. There she realized that there lies a beautiful girl within her and she needs to explore it. Fascinating, isn’t it? Keep reading the below post to discover some interesting and lesser-known facts about Saira Banu, the legendary actress of Indian cinema.

When Saira Banu was sixteen, she entered into Bollywood industry with her debut film in the year 1960. She entered the film industry without having any acting course and with very little knowledge about Indian cinema. Luckily, when Saira Banu entered the film industry, she was accompanied by many classical experts who guided her completely and helped her in gaining immense success in her journey. Since most of the competitive actresses gained some classical knowledge, she started the training of Kathak and Bharat Natyam. Gradually, she excelled in both the fields and in each of her movies, she did not lose any chance to flaunt her newly learnt dance form.

In the year 1961, Saira Banu got her first break where the opposite actor to her was none other than Shammi Kapoor. Her first film Junglee became the stepping stone for Saira Banu and her film career flourished. She got herself enlisted in the Best Actor Female category award in the Filmfare Awards held that time. One of the popular songs of her first film, ‘Chahe koi mujhe jungle kahe’ was written by Aghajani Kashmeri and sung by Mohammed Rafi Saheb himself. After the success of Junglee, Saira Banu started getting recognised by popular directors and film producers. Gradually, she became a popular actress in the 1960s and became an icon for romantic and love stories-based movies. Bluff Master directed by Manmohan Desai was another great hit which she made with Sammi Kapoor once again and thereafter she was seen in many hit movies like ‘Aur Pyar Karein’, ‘Jhuk Gaya Asmaan’, and ‘Aayi Milan ki Bela’.

Saira Banu got married in the year 1966 to a legendary actor, Dilip Kumar. He was very popular at the time especially for his intense roles in movies which made him popularly called as ‘Tragedy King’. Surprisingly, when Saira Banu was married, she was 22 years younger to Dilip Kumar! As Saira Banu liked him since childhood days, she dreamt of getting married to Dilip Kumar after watching his first film. Unfortunately, the couple lost their baby when Saira Banu was only eight months pregnant.

Soon after her marriage, Padosan was released in 1968 where she worked with Sunil Dutt. The movie was a super hit and she became the leading actress at that time. Although she made many films with her husband, the only hit the couple gave was Gopi. Saira Banu made a good pair with Dharmendra and together they gave many hits like Pocket Maar, Resham Ki Dori, Jwar Bhata and Aadmi Aur Insaan. In 1976, she decided to take a break from the film industry and choose to leave films. After her break up from film industry, Saira Banu played a cameo role in Film Duniya which she played opposite to her husband, Dilip Kumar.

Top 15 Wildlife Sanctuaries in India to Encounter the Wild

Sikhs – The Bravest Community in the World