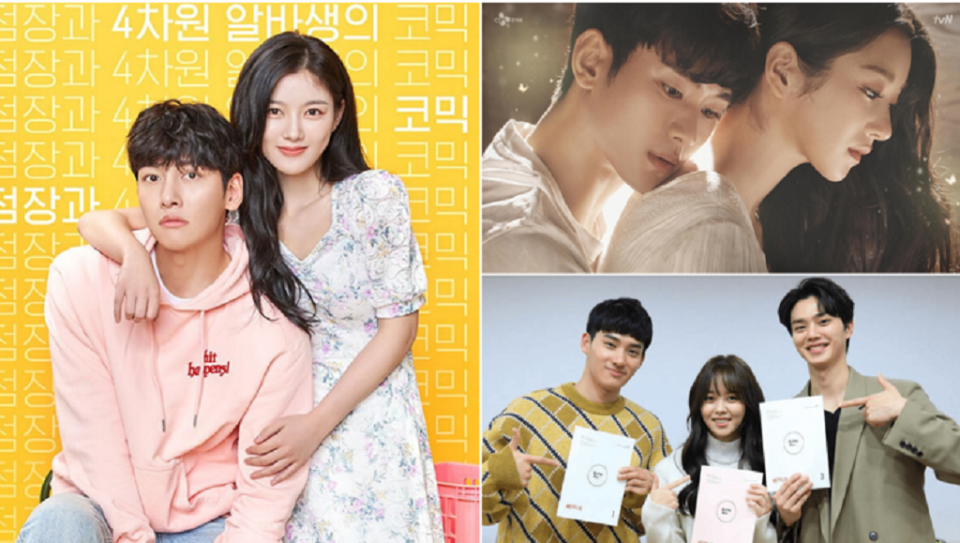 If you are an avid viewer of Korean Drama, you must have heard Korean words such as Saranghae many times while watching your favourite K-Drama’s. In fact, we have come across many K-Drama viewers who have fallen in love with K-Language so much that they have started using some common phrases in real life too. So, we have shortlisted some key Korean phrases and words like Saranghae which are used in K-dramas frequently as well as in real life.

If someone says you Bogoshipuh, he/she surely mises you because this word is used by Koreans to express their feeling when they miss someone. In short, Bogoshipuh means ‘I Miss you’ which can be said by a person to a friend or their sweetheart. I bet this word must have been heard by you during the times when K-drama actors meet their loved ones after a long time in the drama sequence.

When calling their parents formally, Korean drama uses the word Aemini for mother and Abbujje for father. However, during an informal setting in the show, they might use Amma and Appa.

This is one of the K-drama phrases which you must have heard during intense situations. The above word/phrase can either mean ‘why are you acting like this?’ or ‘why are you behaving like this?’. During few stances, War Geu-rae can also mean ”what are you trying to do?’. Most of the time such words are used during quarrels between couples.

This is comparatively a simpler phrase which means, ‘I am fine’, or ‘I am alright’, or ‘I am okay’. Though, if you change the tone of the phrase like a questionnaire, it becomes, ‘Are you alright?’.

For K-drama viewers, this word is not new anymore. But, what does it mean? Well, Mollahyo means ‘I don’t know’. The word is commonly used between friends or the close ones who have a relationship with you. In fact, Mollahyo is a polite way to say ‘I don’t know’ while the formal tone is used by some other words.

If we are sorry to someone, we use the words ‘I am sorry’. Similarly, in K-Drama or Korean language, Mian-Ae is used to apologise or say sorry to someone. Hence, this word remains a frequently used one since no human can live without doing any mistakes. If you hear someone saying Mian-Ae to you, you already know that the person is apologising and saying sorry to you.

Jinjja is rather a cute word used by K-Drama’s and its avid viewers frequently. The meaning behind the word Jinjja is ‘Really?’ or can be exclamatory ‘Really!’. This is used when the actors’ stresses on truth behind something and while they are unsure about the truth behind the information shared with them. Jinjja can be used for asking questions too which means, if someone keeps you annoying or disturbing, just use the expression, Jinjja!

Haeng-bok-hae is another most frequently used word in K-drama and real-life since it includes the word that means ‘happy’. The above phrase means ‘I am happy’ or ‘We are happy’ while addressing a group. However, if you want to say that you are particularly happy, Jeo-neun needs to be added. This makes Jeoneun haengbokhaeyo or ‘I am the happiest’.

Hokshi is one frequently used Korean word used in K-drama’s which you must have heard when someone asks a question. In everyday life, we would rather put our questions in front or impose a questionnaire right away. But, the K-dramas has to do everything in style and say politely even while asking a question they are unsure about. Well, Hokshi is a common word which is used for saying ‘By any chance…’ and while asking ‘Could it be…’ This word is used at the beginning of a sentence.

Oppa is one commonly used Korean word that is used by girls or women when referring to a male older than her. Oppa can be used to address an older male friend, brother or can be used while flirting with the other.

Yehppeu is one Korean word that every girl would wish to hear from their Oppa. Why? This is because Yehppeudah means ‘How pretty’ rather than ‘You are pretty’ which is frequently used in K-dramas. You can also use this word to verify whether a thing is pretty or not by adding a question mark at the end.

The above phrase can be used in an informal or formal setting by changing the tone of expression. Shillaehapnida means ‘Excuse me’ in the Korean language. The words can be used in various situations like someone blocking your way or while walking through a crowded lane.

The above phrase is used when the actors are in a dangerous situation or when they face a problematic situation or during anxiousness. The word Uhtteokhae means ‘What should I do?’ or ‘What to do?’ in Korean dramas.

One of the most common words you must have heard frequently in Korean dramas is the sweet word Saranghae which means ‘I love you’. This word is used by the actors or actresses when they show their desire to tie a love bond. So, whenever you heard the word Saranghae the next time, you must understand that the person saying it has a crush on you or have fallen for you completely.

After being proposed, obviously you might behave negatively or positively. Well, in both cases you must be feeling crazy. To express your views in the Korean language, you can use Micheossuh which means, ‘That’s crazy!’ or ‘Crazy’. Though, you must be careful while using these words since they are strong words and can be interpreted differently.

After reading this blog, all I would like to say is Kamsahamnida. This Korean word is another frequently used K-drama word after Saranghae which means ‘Thank you’.