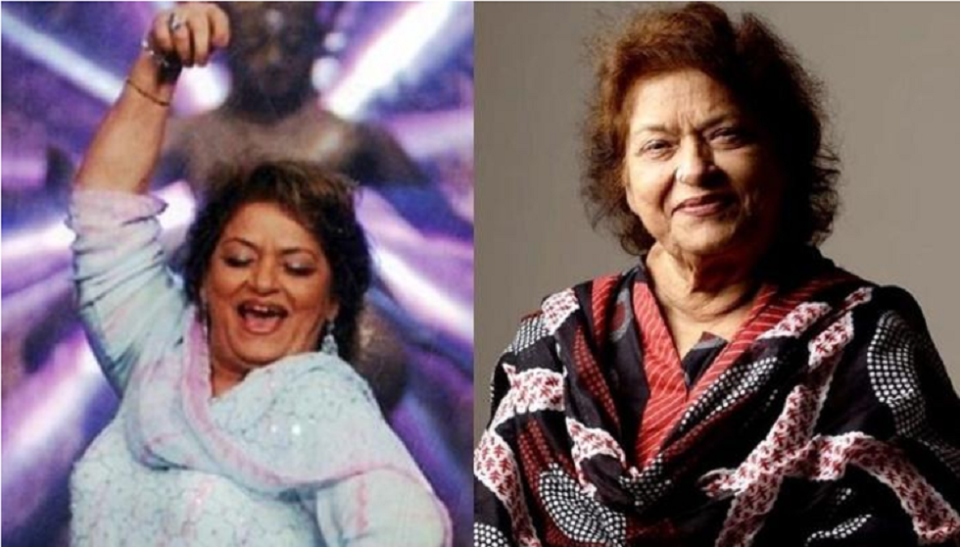 The sad demise of Saroj Khan has left the entire nation shocked. The iconic dance numbers of this legendary choreographer are still watched with amazement. This 71-years old Bollywood celebrity was called as ‘Masterji’ by the entire Bollywood industry. According to the hospital reports, Saroj Khan died due to cardiac arrest. She was admitted at the Guru Nanak hospital in Mumbai’s Bandra on 20th June when she complained of breathing. On 3rd July at 1.52 am, she passed away leaving the entire nation shocked and depressed. Let us have a look upon some unforgettable memories associated with Saroj Khan and surprising facts that are unknown to most of all.

Saroj Khan was born on 22nd November 1948 and was named Nirmala Nagpal by her parents.

Do you know that Saroj Khan family originally belongs to Pakistan?

Saroj Khan belongs to a very rich and prominent family that was well-established in Pakistan. However, her family had to shift to India during the time of partition and had lost their wealth due to chaos between the two nations. In one of the interviews, Saroj Khan mentioned, “My parents moved to India from Pakistan after partition. My father, Kishanchand Sadhu Singh was a Punjabi, while my mother, Noni, a Sindhi. My father had a flourishing business in Pakistan but he had to leave everything behind when he came to India. I was born in India.”

Do you know Saroj Khan became an artist at a tender age of 3?

Yes, at a very tender age of 3, Saroj Khan was noticed by one of her family doctors who was also associated with the Bollywood film industry. When he saw potential in her, he recommended Saroj Khan’s name with his Bollywood’ associates.

Do you know the first movie where Saroj Khan performed as a child artist?

Nazrana was the first movie in which Saroj Khan entered the film industry as a child artist.

Do you know Saroj Khan got married at 13?

After the release of her first film as a child artist, Saroj Khan learnt professional dancing when she was working under B Sohanlal, a dance choreographer. When Saroj Khan was 13, the two got married. Sohanlal was 41. He did not tell Saroj Khan at that time that he was already married and had 4 children.

Saroj Khan kids and partition with her husband

Saroj Khan got married when she was 13 years old and was a schoolgirl. In one of the interviews, she said, “I did not know what marriage meant at that time. He just put a black thread around my neck one day and I thought I was married”. Surprisingly, Saroj Khan was unaware of the fact that Sohanlal was already married and came to know about it only after she gave birth to her first child, Raju Khan when she was just 14 years old.

Saroj Khan gave birth to her second child in the year 1965 who was a daughter. She died within eight months of birth. It was at that time Saroj Khan parted away from her husband as he refused to give Saroj Khan’s children his name. In 1969, Sohanlal approached her again to make Saroj Khan his assistant and when she refused to do so, he filed a complaint against Saroj with the Cine Dancer’s Association. Later, in 1975, Saroj Khan got married again to a businessman named Sardar Roshan Khan. Together, they had a daughter named Sukaina Khan who runs a dancing institute in UAE.

Saroj Khan made her first debut as a choreographer in the year 1975 from the movie Mausam directed by Gulzar. She got her next breakthrough as an independent choreographer in the year 1983 with Subhash Ghai’s Hero. However, she was noticed by the film industry after her dance choreography in the movie Nagin which was performed by Sridevi. This was followed by the success of Mr India. Next in the line was Madhuri’s ‘Ek Do Teen’ from the film Tezaab and then the Khalnayak’s ‘Choli Ke Peeche’. In the career that lasted for four decades, Saroj Khan choreographed some 2000 songs. Starting from her career at an age of 3, she provided Bollywood with some very famous dance numbers such as Dola Re Dola from Devdas, Dhak Dhak Karne Laga from Beta and Hawa Hawai from Mr India.

Saroj Khan not only aced Big Screen but also influenced television programs. One of the famous television shows, Nach Baliye was initially supported by Saroj Khan’s name and fame. She became the judge in the show. Most of her friends and family call her ‘Moti Bachchi’. In her lifetime, she received many awards such as National Film Award for Best Choreography for 3 times and Filmfare Best Choreography Award 8 times.

Do you know Madhuri Dixit is Saroj Khan’s favourite in Bollywood industry?

Saroj Khan has undoubtedly stolen the hearts of the nation with her iconic numbers and making some lovely stars perform outstandingly. No wonder she is an inspiration for many Bollywood stars including Kangana Ranaut, Sridevi, Madhuri Dixit, Alia Bhatt, Kajol and Shilpa Shetty, besides many male stars too. However, do you know who was the favourite among all for Saroj Khan? Well, it is none other than Madhuri Dixit. It can be said because during one of the interviews Saroj Khan revealed herself about her love and respect for Madhuri. The reason behind her love was also shared by this ace choreographer.

Saroj Khan said that Madhuri loves and respects her more than anyone else in the Bollywood. Madhuri was a trained classical dancer when she entered the Bollywood industry, it was Saroj Khan who taught her what dancing means in the film industry. She mentioned many times how Saroj felt difficulties in teaching her about the significance behind moving the hips. Madhuri’s passion and love for dancing can be seen in her work and eventually, she became one of the favourite students of Saroj Khan.

Depressed due to the sad demise of Saroj Khan, Madhuri penned her emotions and spoke about her love for her Masterji stating, “I’m devastated & at an utter loss of words today! Saroj Ji was part of my journey since the beginning. She taught me a lot, not just about dance but so much more. There’s a rush of memories in my head thinking of this big personal loss. My heartfelt condolences to the family.”

Visit Parvati Valley to Unleash the Mysterious Story Behind Lord Shiva-The Destroyer and his Beloved Parvati!