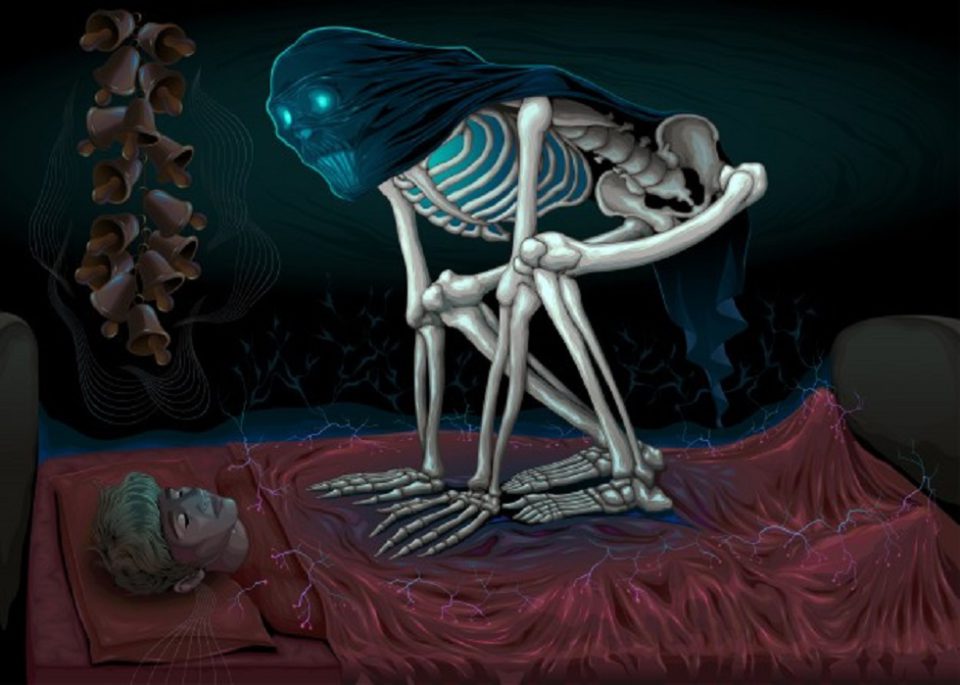 Although we think of getting awake or asleep distinctly, conditions such as sleep paralysis might challenge our pre-determined boundaries. Sleep paralysis is a form of sleep disorder where a person loses his/her inability to move for a short time. This takes place before waking up or just after we fall asleep. Some individuals are aware of the several episodes taking place during sleeping hours as they are usually accompanied by frequent hallucinations and a feeling of suffocation.

The episodes occurring due to sleep paralysis involves both wakefulness and sleep which gives the person a distressing feeling. While we still need to know more about sleep paralysis medically, in this blog we tried to cover what are the common symptoms, causes and precautionary ways to avoid issues related to sleep paralysis.

What is sleep paralysis?

Sleep paralysis can be taken as a mental state in which a person involuntarily wakes up from sleep and experiences an inability to move or speak. Sleep paralysis is something when you suddenly feel that someone or something is approaching you during the night time or you hear a different sound which is actually the sound of your own hallucinations. You might also feel a physical sensation like a pressure arising in your chest. Overall, sleep paralysis is a scary experience which needs to be cured immediately.

Although scary, sleep paralysis must never be confused with night terrors. A night terror is something when a person wakes up at night, sit in panic and remains unaware about their surrounding or where they are. So, sleep paralysis is when you sleep, your nerve system and brain signal your body to relax and go into a state of temporary paralysis.

When you face temporary paralysis, physical movement is restricted in your dream also which helps in protecting your body from physical injury which would otherwise take place out of hallucination or out of fear. In sleep paralysis, your body actually sleeps but your brain awakes. You remain conscious and awake but are unable to move your muscles voluntarily. This is the reason many people wake up as they gasp for breath when facing sleep paralysis.

What are some common symptoms of sleep paralysis?

When you face sleep paralysis, you might feel as if you have died or have been transported to some another world just like slow dying happens. This is the time when you actually wake up and have a kind of feeling as if awakened from dead. Sleep paralysis might also occur with hallucinations along with nightmares. Unlike the visuals taking place in your mind when you are asleep, your eyes can be open or closed but the hallucinations still take place as your mind is alert. Such symptoms make sleep paralysis all the more scarier as we are conditioned to believe that only seeing is believing. Additionally, when you are unable to move or scream for help makes the immediate surrounding super horrific.

According to the Sleep Foundation Organization, some people who have sleep paralysis usually suffers from stressed life, exhaustion and sleep deprivation which makes them experience sleep disorders such as sleep paralysis. Very few people can make slight movements in their fingers, facial muscles or ties which eventually help them in waking up the rest of the body parts. Though, this episode lasts for a few seconds only.

Sleep paralysis must not be assumed as a disease and is completely natural. It can happen to anyone. In fact, many studies reveal that most of the people on earth experience sleep paralysis at least once in their life without being aware of its occurrence. However, the experience may differ from person to person and is said that people with past mental illness are more prone to it.

How does sleep paralysis occur?

How Common is sleep paralysis?

What are some common causes behind sleep paralysis?

One of the primary reasons behind sleep paralysis is obstructions faced during sleep which occurs due to repeated lapses in taking a breath while asleep. Sleep paralysis is common in people with leg cramps during the night time.

Some mental health conditions are directly related to sleep paralysis. For example, people with an anxiety disorder such as panic disorder may experience sleep paralysis conditions frequently. Post-traumatic stress disorder symptoms are also associated with sleep paralysis causes besides others who are exposed to emotional and physical distress or childhood sexual abuse. Sudden stoppage of alcohol or other antidepressants may also cause rapid eye movement sleep thereby causing sleep paralysis.

Is sleep paralysis a serious issue?

Sleep paralysis might not be a serious issue for many people. it is categorised as a benevolent condition which does not happen frequently or cause any significant health issue. However, there are a few who might face recurrent or alarming episodes which makes sleep paralysis more distressing. This might make such people develop a negative thought regarding going to bed or reallocating more time to sleep. They may feel anxiety around the bedtime which makes sleeping all the more difficult. Sleep deprivation again causes more sleepiness during daytime and cause health issues when combined with other health problems.

The first step that needs to be taken for curing sleep paralysis is talking with a doctor or an expert to identify the exact issues and address the issues which might contribute in the frequent episodes of sleep paralysis. For instance, you can opt for various sleep management techniques or do yoga after exerts advice.

Most of the people would believe that sleep paralysis is not common and thus see themselves as a shameful or crazy person after a few experiences. Hence, it is always advisable to acknowledge and normalize the symptom once detected. Since sleep paralysis is often connected with normal sleeping problems, improving sleep hygiene is very important and the person must focus on ways that can prevent sleep paralysis occurrence. Sleep hygiene may include daily habits that can potentially enhance sleep quality and mental peace during sleep time.

It is not surprising to know now that we all might have faced sleep paralysis at least once in life but have forgotten or were unaware about it. Ones who face frequent episodes of sleep paralysis, it is advised to follow a health check-up or get medications to eliminate sleep paralysis symptoms from your life. Never panic if you face sleep paralysis because it does not lead to any serious health issue.  However, ensure that appropriate and precautionary steps are taken to maintain good sleep hygiene.

Chair Yoga Poses You Can Practice at Your Work Desk