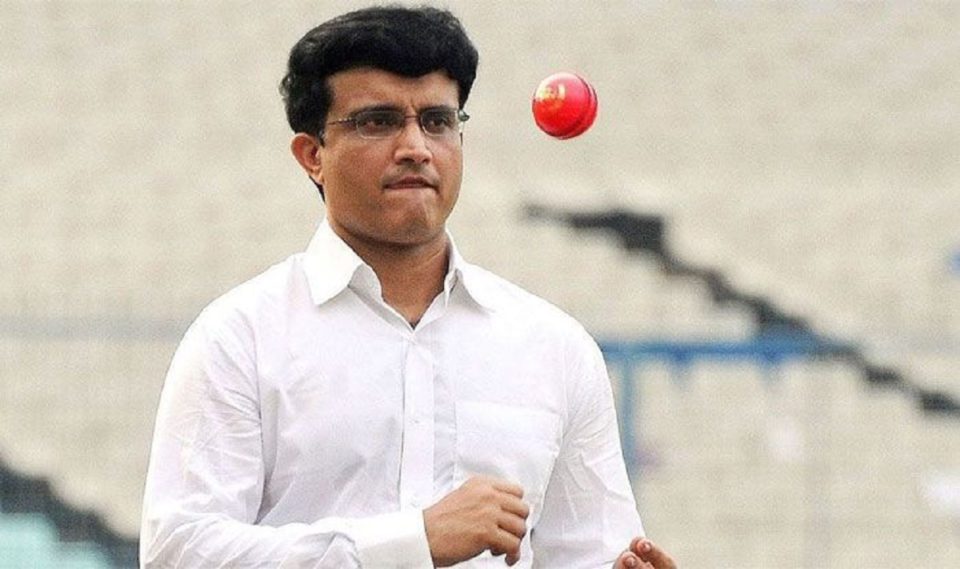 Sourav Ganguly who once wanted to become a footballer took over the command of Team India at a time when the existence of the team was under threat. His fans in Kolkata give him a lot of love, and he is called the King of Kolkata. These days, Sourav Ganguly who is fondly called Dada by people is an Indian cricket administrator, commentator, and former captain of the national cricket team. Sourav Ganguly is the 39th and current President of the Board of Control for Cricket in India, so it makes sense that we review what Ganguly has been up to in 2022!

Sourav Ganguly Might Play A New Innings: Politics In 2022?

In June, Ganguly was going in the field of education:

Although Dada has not yet opened his cards in clear words, After Sourav Ganguly posted a cryptic tweet, there was speculation that Sourav Ganguly is going to enter the politics of cricket innings.

According to BCCI sources, he is launching a new company in the field of education. Sourav Ganguly will not resign from the post of BCCI President and he made this big disclosure himself saying that I am launching a new education app.

BCCI Secretary Jay Shah who cleared up the rumors about Sourav Ganguly’s removal from the post of BCCI President said that there are some exciting times ahead regarding media rights. “My teammates and I are fully focused on this upcoming occasion and protecting the interests of Indian cricket. Seek people’s support. The year 2022 is my 30th year in cricket”, said the legend.

The Board of Control for Cricket in India (BCCI) President Sourav Ganguly was honored by the British Parliament in July 2022. The special thing is also that the legend of Indian cricket was honored on the same date on July 13 when he led India to win the NatWest Trophy in 2002 and exactly 20 years later, he was honored in the same city on the same day. To this Sourav Ganguly said, “Oh yes I saw this on Instagram. It’s been a long time, isn’t it? 20 years ago. Yes, there is nothing better than a great moment in the game of England beating England in the present. The team is doing well. They won the T20 series. They are leading in the one-day series.”

Clearly, this was a good feeling for the Indian former captain. Previously, Sourav Ganguly was elected as the President of BCCI in 2019 and is also currently a part of the Justice Mridul Committee inquiry panel appointed by the Supreme Court of India to probe the IPL spot-fixing and betting scandal. Back in 2004, Ganguly was awarded the Padma Shri, one of India’s highest civilian awards. Sourav Ganguly was awarded the Banga Vibhushan Award by the Government of West Bengal on 20 May 2013. Vibhushan is one of the highest civilian awards in West Bengal.

So, will he enter politics?

Dada, who tasted victory for India on foreign soil, and competed in the eyes of opponents, laid the foundation of today’s best Indian team 20 years ago.

Former Indian captain and BCCI President Sourav Ganguly is going to take a new step in life after completing 30 years in cricket. Shortly before now, by tweeting, he informed the fans that he is going to do something new in his life and he has expressed hope for his fans to support in this too. There is speculation and the rumors continue. If the experts are to be believed, Dada is indicating the entry into politics.

His father Chandidas Ganguly was a famous businessman as well as a member of the Cricket Association of Bengal. Because of his father, the cricketer started going to the ground and gave his heart to football. The cricketer did his early education from St. Xavier’s School, and there he played football till the tenth standard. During that, Dada would return home from the field every evening after getting hurt and did not go to school the next day. While mother Nirupa Ganguly wanted Sourav to top her studies. Due to which Dada was banned from playing football.

Such was the entry of cricket into the former captain’s life, where during the school holidays after the tenth, Ganguly’s family members started sending him to the cricket stadium. Cricket entered Dada’s life, to escape from the house, Saurabh started spending time in the field with his brother. During that time Ganguly used to keep only bowling and fielding in the nets. Whenever he got a chance to bat, he used to bat with his left hand wearing the pads and gloves of his elder brother. Whereas in real life Sourav Ganguly is right-handed. Until this time Sourav was playing cricket only to spend his holidays. But nature had something else to accept.

7 players got a chance in Ranji due to typhoid:

Bengal was suffering from typhoid in the year 1987. During that time, 7 players of Bengal Under 15 got typhoid before a match. In such a situation, Sourav was taken in the team at the behest of coach MP Parmar, Ganguly scored a century in that match and led the team to victory. This innings changed Ganguly’s attitude towards cricket, now he started enjoying playing cricket. Whenever Ganguly got a chance, he used to perform well. The consistent performance brought Ganguly to the Bengal Ranji squad in 1989 where he didn’t make it to the last 11. Then came the year 1989 Ranji final, Ganguly got a chance to make his Ranji debut, but instead of his brother Snehasish Ganguly, Ganguly made his Ranji debut with a strange feeling and never looked back.

Here’s how Ganguly made his international debut:

The Ranji debut for Dada may have been dramatic, but the three years after his Ranji career had a lot of ups and downs. Which started in the last days of the year 1991, when the former captain was included in the Indian team against South Africa for his good performance. However, Dada did not get a chance to debut in that series. But the selectors included him in the Indian team going to Australia. That 1992 tour lasted about 4 months, but Ganguly did not get enough opportunities. Ganguly spent most of his time on that tour as a drinks server. Apart from this, he only got a chance to do net bowling. At the end of the tour, when it was time for Ganguly to make his debut, he asked spinner Venkatapati Raju to bowl a few balls, and batted months later. Finally, on January 11, 1992, Sourav Ganguly made his international debut against the West Indies. But this debut was very simple for Ganguly, and he got out after scoring just three runs. After just one match, the former captain was dropped from the team, and he was sent back to India. In fact, the team manager had complained that Dada used to refuse to take drinks during the match. After this, the former captain Ganguly started being called arrogant in the media. However, these allegations were later proved to be false.

At the age of 22, he gained global fame:

Dada faced both defeat and infamy at the age of 22. After returning home, he promised his father that he would definitely earn a good name in cricket one day. Whatever Sourav got till now, he got from his luck, but after the stumbling block in Australia, the former captain started working hard. Sourav extended the time of his sessions. During that time, Dada used to spend only 6 hours of the day on the nets which helped him make a splash with his bat in the 1993-94 and 1994-95 Ranji seasons. He continued this trend even further and continued the innings of 171 runs in the Duleep Trophy.

Due to Sidhu’s displeasure, now the selectors of Sourav’s Indian team again missed the opportunity. Then in the year 1996, he was included in the team going to England. Upon reaching England, Sourav asked for some tips from the great batsman Desmond Haynes, he listened to Haynes carefully and obeyed everything. In England, where Indian batsmen were craving for runs on one side. At the same time, the former captain played an innings of 62 runs on a difficult pitch. But he did not get a place in the first series. But in those days Navjot Singh Sidhu was angry with Captain Azharuddin. Due to his displeasure, he returned to India without informing anyone. This displeasure of Sidhu brought opportunities for Dada.  His consistent performance announced his entry into world cricket and helped Sourav perform well in many international matches. When he returned to India after playing in international matches, everyone welcomed him and he became the King of Kolkata.

After this, Sourav performed well at every opportunity and became the backbone of Indian batting. For the next five years, the graph of Dada’s game continued to climb. But due to infighting within the Indian team, that was the only disappointment on the part of the fans. In such a situation, the fixing revelations in April 2000 shook the Indian team. And Sachin Tendulkar refused to become the captain!

How to Choose the Best Health Insurance Policy in India?