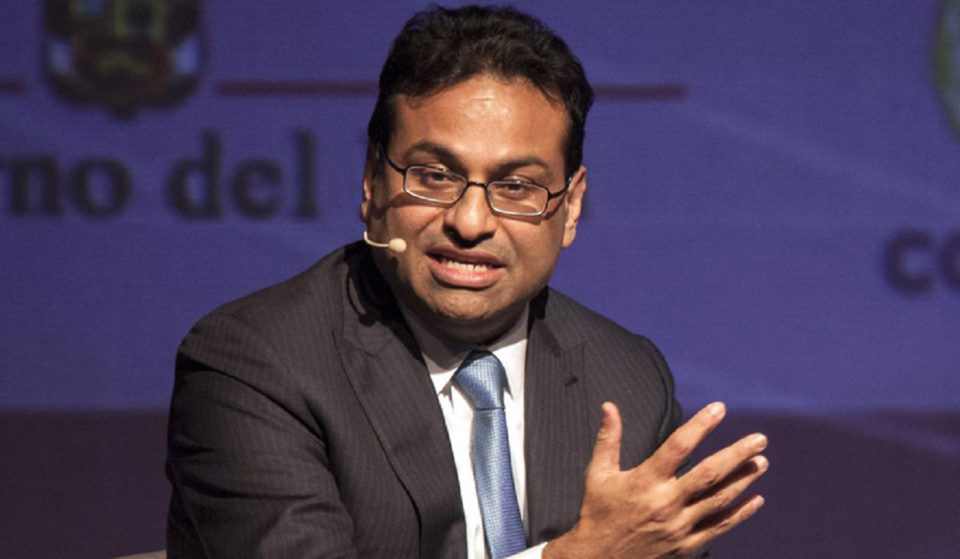 A global coffee chain Starbucks is a renowned brand that had named Indian-born Laxman Narasimhan as its next Chief Executive Officer. Narasimhan is presently the head of health and hygiene brand Reckitt and soon join Starbucks in October to take over from Starbucks’ iconic interim CEO Howard Schultz. With this, Narasimhan will join the Indian decedents rank as CEOs in US corporates giants such as Shantanu Narayen of Adobe, Sundar Pichai of Alphabet, Satya Nadella of Microsoft, Raj Subramaniam of FedEx Punit Renjen of Deloitte, and former CEOs Ajay Banga of Mastercard and Indra Nooyi of PepsiCo.

Narasimhan will relocate to Washington’s Seattle from London to work closely with Starbucks CEO Shultz before taking over the company’s complete work formally on April 2023. An article on Starbucks’ official site read, “Narasimhan is also a trustee of the Brookings Institution, a member of the Council on Foreign Relations, served as a member of the UK Prime Minister’s Build Back Better Council, and is a member of Verizon’s Board of Directors,”.

Who is Laxman Narasimhan?

Born on the 15th of April 1967, Laxman Narasimhan is an Indian-American business personality who is the CEO of Reckitt Benckiser. He had worked previously as the chief commercial officer in PepsiCo company and is expected to become the CEO of Starbucks in October 2022. Narasimhan was raised in Pune city in India. He has a degree in mechanical engineering from the College of Engineering Pune, and an MA in German and International Studies from The Lauder Institute at the University of Pennsylvania. He completed his MBA in Finance from the Wharton School at the University of Pennsylvania.

Narasimhan worked for McKinsey for nineteen long years until 2012 during which he became director and location manager for the New Delhi office. He joined PepsiCo in 2012 and became a chief commercial officer. In 2019, he took over Rakesh Kapoor as CEO of Reckitt Benckiser. In October 2022, Narasimhan will succeed Howard Schultz who worked for Starbucks as an interim after Kevin Johnson resigned in March 2022. Narasimhan lives in Connecticut with his wife and two children. He can speak six languages.

Starbucks is a famous global coffee chain headquartered in America’s Seattle, Washington. It is the largest coffeehouse chain in the world operating in more than 80 countries. Presently, Starbucks has more than 34,000 retail stores spread globally out of which, around 15000 are located in the United States itself.

Starbucks’ popularity can be attributed to the wave in coffee culture across the globe or rather, we can say the coffee wave raised because of Starbucks. The company introduced several coffee flavours to enhance the consumer experience. It serves both hot and cold coffee drinks like espresso, caffe latte, whole-bean coffee, and others like snacks, loose-leaf teas, juices, Frappuccino beverages, and pastries. Depending on the country it operates in, Starbucks adds or removes items from its menu. But most of the coffeehouses owned by the company offer free Wi-Fi connection to its customers.

What does Starbucks interim CEO Howard Shultz say about Narasimhan?

Schultz renovated Starbucks after he bought the local coffee outpost in 1987. He developed its coffee house branches into a place to linger for lattes and espressos. He also designed the company’s offerings for its baristas and went a step ahead of what customers demanded from a coffee house. He started modelling Starbucks as an international corporation with employee healthcare facilities, benefits and time off for those working a minimum of 20 hours per week.

While handing over his reign to Narasimhan, Schultz said “Laxman is an inspiring leader. His deep, hands-on experience driving strategic transformations at global consumer-facing businesses makes him the ideal choice to accelerate Starbucks’ growth and capture the opportunities ahead of us.” Schultz will be a board of directors of Starbucks and remain close to the company’s activities for reinvention and as an advisor to Narasimhan.

Starbucks chairwoman said that the firm believes in its next CEO Narasimhan as he is a tested leader. Additionally, the company stated that Narasimhan will join the board on October 1st after relocating to Seattle. He will, thereafter, lead the world’s largest coffee chain that has several locations to manage and huge sales demand that needs to be fulfilled.

Top 10 IT Companies in India