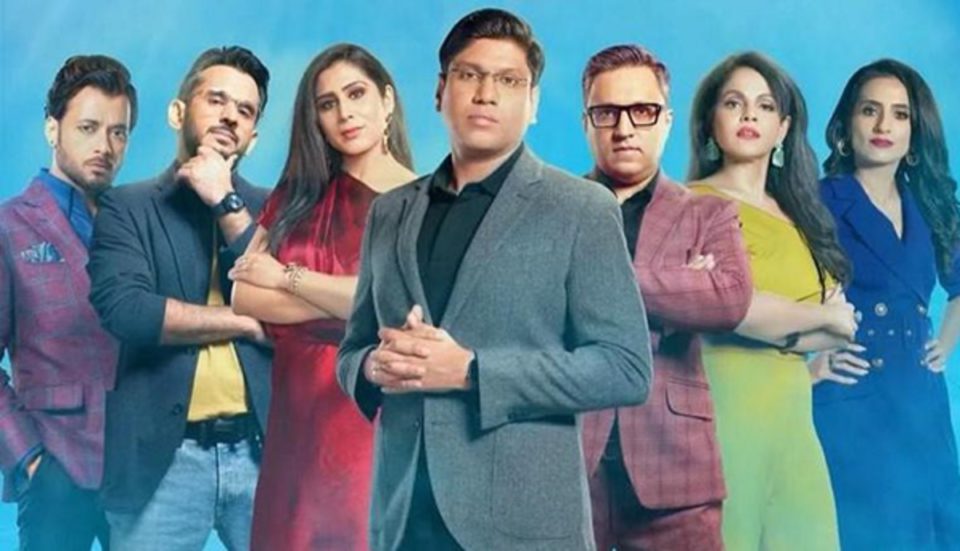 Shark Tank India is one of the tv shows that is gaining much popularity these days. The conversation revolves around entrepreneurship culture and start-ups in India where the founder comes forward and pitch their ideas. An Indian franchise of the American Shark tank supports new entrepreneurs’ ideas while also providing them with the necessary funds against equities and shares of their start-ups. Around 60,000 new start-ups registered in India, and 198 were invited to pitch to the judge panel. Most of the technology and food-based companies raised millions for equities on Shark Tank.

One of the flagship products of Annie, Tinkerbell Labs raised 1.05 crores in Shark Tank by impressing the ‘Sharks’ through their self-learning app created for visually impaired people. This start-up was founded by the students of BITS in Pilani. Annie became the first to build a self-learning Braille device to help the visually impaired. Now, they can learn, write or type Braille while the app allows teachers and mentors to monitor real-time progress via home tests.

This is a pothole detection software with a real-time map that can help in making better India. Since many accidents occur each year due to potholes and bad roads in India, RoadBounce can monitor large roads networks to detect and inform the drivers before an accident occurs. Some of the features supported by the software include before-after comparison, geotagged roughness indicator, video interface and high-resolution visuals. With Shark Tank, the start-up raised 80 lakhs against 20% equity.

Skippi Ice Pops is a start-up founded by Ravi Kabra and Anuja Kabra which is one of the earliest ice pops brands in India. The brand suffered losses of 11 lakhs due to pandemics last year. After they invested around 55 lakhs, they were forced to discontinue even before their product could reach the market full-fledged. After pitching before the panel, they became the first brand owners to receive a deal on the show. They got 1 crore for 15% equity in the company. Skippi Ice Pops claims to be an ice popsicle manufacturer that uses natural flavours, preservatives, colour and sweeteners. In Hyderabad alone there are over 660 outlets selling popsicles, while there are more than 2200 outlets across the country.

Bluepine Foods is a food company situated in Delhi that was launched in 2016. The Company specialises in frozen momos made with authentic Himalayan ingredients. Aditi Madan, often known as Momo Mami, founded the company alongside her co-founders Rohan Singh and Naveen Panwar. Frozen Veg Momos, Frozen Spring Rolls, and Frozen Non-Veg Momos are among the items manufactured by the start-up. Momo Mami captured the panel’s hearts with her scrumptious momos and raised 75 lakhs against a 16 per cent equity stake.

Booz is a South Asian app-based electric scooter firm that claims to be the first of its kind. The company rents out electric scooters in a variety of settings, comprising industrial areas, business parks, suburban areas, commercial areas, educational institutions, tourist destinations, community centres, hotels, clubs, and resorts. The start-up was founded by engineer Rutvij Dasadia and acquired 40 lakhs finance for 50 per cent shares from Vineeta Singh and Ashneer Grover.

This is a Mumbai-based start-up company that works on commercial projects based on IoT, AI, ROS and ML besides robotic solutions. ADO is one of the most popular products manufactured by PNT Solutions to date. This is an AI-powered advertisement robot that looks like a humanoid robot performing autonomous navigations, gestures and face recognition like humans. The Shark Tank panel invested 25 lakhs for 25% equity and 25 debts to the company.

Hammer, founded by Rohit Nandwani in 2016 received 1 crore for 40% equity. At an affordable price, the company manufactures high-end gadgets, electric toothbrushes, and fitness bands. Their product is listed on Flipkart as well. The company received funding from the founder of BoAt, Shark Aman Gupta.

Get-A-Whey, a gourmet ice cream brand, was created in a mother’s kitchen after her kids sought a healthy method to satisfy their post-workout desires. Last year, the brand sold over 50,000 pieces across all channels and expects to generate Rs 2.5 crore in sales this year. Jash Shah and Pashmi Shah Agarwal, together with their mother Jimmy Shah, launched the business. Sharks Ashneer Grover, Aman Gupta, and Vineeta Singh invested 1 crore for a 15% stake in their firm, which offers a variety of guilt-free dessert alternatives.

This firm is dedicated to promoting bathroom cleanliness in India and produces low-cost gender-neutral disposable urine bags. Siddhant Tawarawala, the company’s creator, is from Jalna, Maharashtra, and impressed Shark Aman Mittal. Peeschute is a unique and patented unisexual pocket toilet that may be used to urinate when it is impossible to heed nature’s call. It instantly solidifies. This inventive and one-of-a-kind brand received 75 lakhs in exchange for a 6% stake in the company.

Aas Vidyalaya or Anytime Anywhere School is another technology-based start-up that claims to be one of the first schools to be run online in India. The company offers easy availability and good-quality education to those students who cannot attend schools due to some of the other reasons. Almost every subject is been covered by their classes while following educational curricula like CBSE, NIOS and ICSE. The app allows regular assessments and digitized learning, report cards, parent interactions and online courses to the students. It received 1.5 crores against 15% equity in Shark Tank.

TagZ Foods is a Bengaluru-based food company that received 70 lakhs for 2.75% stakes from Ashneer Grover of BharatPe and Namita Thapar, Executive Director of Emcure Pharmaceuticals. When Grover invested in the startup on the show, Thapar immediately invested outside the show. According to the founders, Anish Basu Roy and Sagar Bhalotia, the food produced by the company has 50% less fat than regular baked or fried potato chips available in the market.

Beyond Water is one of the start-ups featured in Shark Tank that produces naturally flavoured vitamin enhancers to make water taste better and healthier. They produce alcohol-free cocktail mixes too. The founder Devang Singhania and Shachi Singhania grabbed Namita Thapar and Aman Gupta’s attention and made a deal of 75 lakh for 15% equity.

Bangalore-based start-up LOKA, established by Krishnan Sunderarajan, has built a metaverse game software for Android and iOS users. It has been dubbed “India’s first Metaverse gamified app.” LOKA provides consumers with a real-time experience of actual cities by utilising third-party apps such as Amazon, Netflix, Deliveroo, and others. Connaught Place in Delhi is one of the places, and it will be extended to Manhattan in New York and Oxford Street in London. On Shark Tank, the start-up secured a 14-lakh investment for a 24 per cent equity stake.