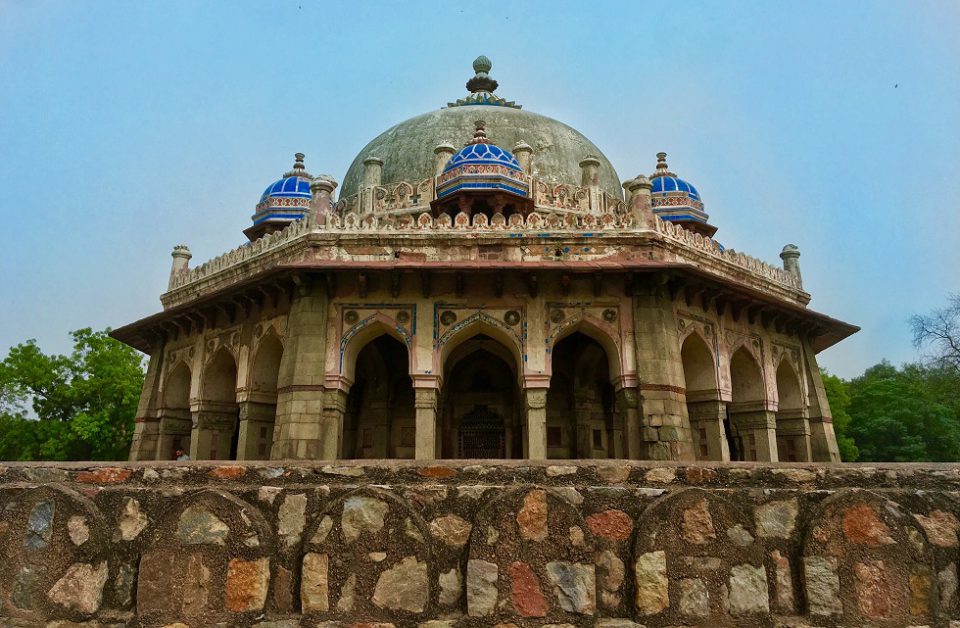 Well, there is a very common phrase for Delhi i.e. “Dilli dilwalon ki hai”. This city is a paradise for travellers, From ancient monuments to modern-day malls, from momos to golgappas, from gurudwaras to masjids, from the slums to society. Delhi is one of the most diverse cities in our country. It is a mixture of various cultures and regions. There are many known places which everyone is well aware of but there are some hidden gems which are not that famous but adds up to Delhi’s glory. We will cover 10 such places which are not very famous and are underrated.

Now you might have visited many different museums all across the globe. Have you visited any toilet museum? Yes, you heard me right there is a dedicated museum called “Sulabh International Museum of Toilets ” This is World’s first toilet museum which displays toilet from 2500 BC to till date. The museum was established in the year 1992 by Dr Bindeshwar Pathak The museum promotes the saying “Toilet For All”. The museum is the 3rd Quirkiest Museum in the World. It features toilets from over 50 countries. It has Toilets like LIon Pedestal, Table Top Pedestal, Cushion Toilet, Solar Toilet, and the most famous Throne toilet. Throne Toilet is a replica of the toilet which was made for King Louis XIV. The King used to sit on his throne toilet while taking important kingdom decisions.

Agrasen ki baoli is also called “Ugrasen ki Baodi”. It is believed that it was made by King Agrasen. It is 60 meters long and 15-meter wide step well. It is one of the few historical step wells in the city. It has been an inspiration to many poets. There is nothing special about the place but once you enter you will understand what charm it has. It’s situated right in the heart of the city. It is featured in movies like PK, Sultan, and Mom. The place is becoming common amongst youth.

Now you must be wondering what is special in a cafe? Yes, Kunzum Cafe is a hidden gem in Hauz Khas Village. It is a wonderful place to meet like-minded people. There are travellers from all over the world. You can make new friends, share your amazing adventures, plan next travel destination together, and even get recommendations. The cafe has no price list. Yes, you heard it right cafe follows a policy of “pay what you want”. Yes, the coffee is not free but there is no boundation on what you want to pay. You can read books, spend as much time you want to, create artwork and there is even free wifi. The restaurant has a 4.1 Zomato rating.

We are always looking for a place which is unusual from the rest. This is an offbeat place which has Parisian alleys, amazing cafes, Handicraft and furniture workshops. You can shop at liberty village it’s Champa gali’s latest attention grabber. Now you don’t have to go to Sarojini Nagar to shop at the flea market. The liberty village is a village flea market with lots of wall art and of course, clothes starting from tops, jeans, jackets, handmade soaps, stationery, shoes, posters, essential oils etc. When you are done shopping and are tired there are pretty amazing cafes which serve amazing food. Cafes like JugMug Thela allows you to read books and eat at the same time. They also have a tiny shop where you can buy their tea combos. Pho King is also a Vietnamese gem which you can’t miss from baos to dimsums they have it all. It is a must-have experience. Do let us know if you want us to write in detail about champagali and its amazing cafes.

Ghalib ki Haveli is an iconic place located in Ballimaran, Chandni Chowk. It reminds you of the great poet Mirza Asadullah Baig Khan popularly called as Mirza Ghalib. He once used to live here. Ghalib is considered one of the most celebrated poets in Urdu literature. This haveli was gifted to him by his admirers and acted as a home during his challenging years. It was granted heritage status in the year 1997 and was converted into a museum thereafter. The Indian government now takes care of the property. You can learn a lot about ancient Architecture by visiting here.

Now, this is considered to be one of the most haunted places in Delhi. The place was built as a hunting lodge for Firoz Shah Tughlaq and is now left deserted in the middle of the forest. There are no gates or such at its entrance. There is just a note written at the entrance which tells people not to enter after sunset.

To promote tourism the government of India also installed modern toilets but not guard could survive more than 2-3 days in the area. The architectural design and haunted stories about the place make people interested but many still fear and never visit after 4 pm. The place is an excellent architectural beauty and is a delight for photographers. Many tourist guides and companies arrange a photo walk during the daytime.

Timings: There are no timings but people are advised to leave the place after 4 pm

Majnu ka Tilla is not a secret gem as it’s covered in many vlogs by YouTubers but is still not that popular although its gaining popularity amongst youth. The place is also called Little Tibet. The place is a house for Tibetan refugees which followed Dalai Lama. The place has many independent brands. You can also get accessories like bags, jewellery, keychains, prayer flags, etc. It feels that we have entered a different city as the culture here is so different. There are many small and vibrant shops selling Tibet trinkets.

Never miss the Tibetan delicacy which is served in some amazing cafes around the place. One of the best Lhaphing which is traditional northern Chinese spicy cold noodles. Lhaphing is an evening snack in most of Tibet and is consumed regularly.

Some of the best cafes you can’t miss here

Where: At GT Road, Near Vidhan Sabha Metro Station

This is probably one of the most underrated places in Delhi. Satpula Bridge is a very significant part of our ancient history. The name “Satpula ” signifies a collection of seven bridges which were used for water harvesting in earlier days. The place also acted as a wall of defence during the Kingdom of Sultan Mohammed Shah Tughlaq.

Chunnamal Haveli is another hidden gem in Delhi. It is one of the oldest architecture pieces left in good condition until now. Inscriptions on the wall are believed to be from the year 1848. It’s spread over one acre of land with 128 rooms built on three floors.

The ground floor of the Haveli is commercialized with around 100 shops. Chunnamal Haveli has been home to Lala Chunnamal. He was one of the richest merchants of the mid 18th century. He was the first person to own a car and a telephone in the whole city. The haveli is a paradise for people who love ancient architecture and history. Currently, the place is owned by the 8th generation of the Chunnamal family, The Pershads.

Hijron is commonly known as chakka/kinnar. Settled in the middle of the Mehrauli bazaar is an attraction not well known. The place is entitled by the name Hijron Ka Khanqah. It is a memorial that was built in the honour of eunuchs.

So these are the strangest places that Delhi has to offer. Do let us know which place fascinates you the most and which ones you have visited. Is there any place that we missed? Do let us know by commenting down below. Until We meet again Ciao

Best Things to do in Bangalore, The Silicon Valley of India

How Can You Get Air Tickets at a Cheap Price in India?