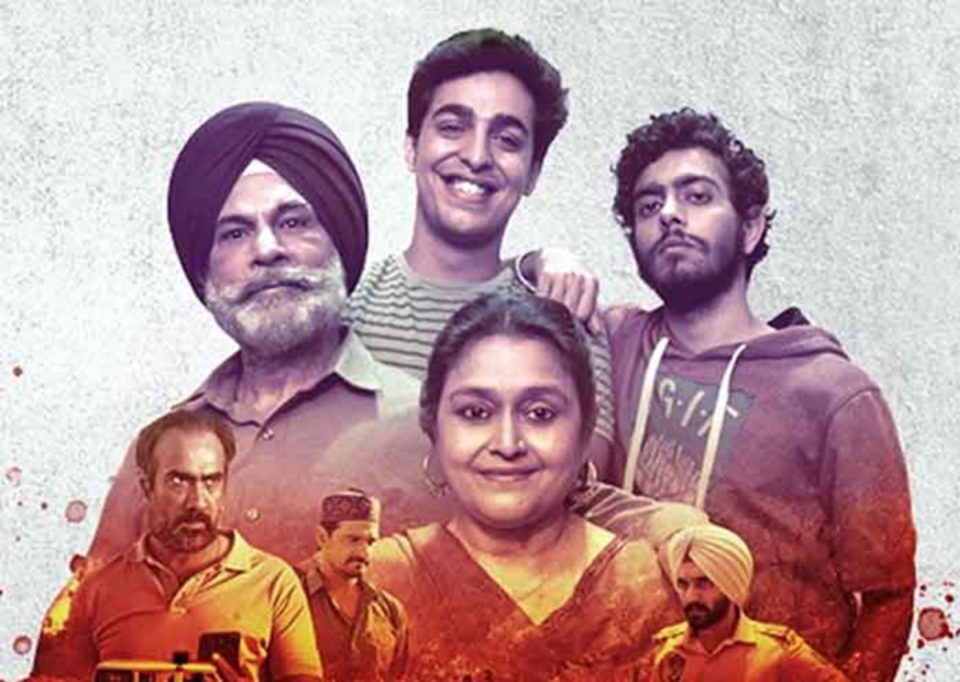 Tabbar on Sony Liv is an eight-episode Punjabi/Hindi series that uses the conventions of a crime thriller to mount an affecting, acute exploration of calamity, culpability. The series is like a clan in crisis, powered by the ever-reliable Pavan Malhotra’s performance of astounding acuity and anchored in the sensibility of an uncommonly perceptive director. The gripping plot involves a family comprising 4 people who are unwittingly drawn into a situation that swiftly spirals out of hand. As the dangers mount, the patriarch is forced to make perilous decisions that plunge him, his spouse, and his two kids into a moral labyrinth that is difficult to escape.

On October 15, 2021, Tabbar debuted on SonyLiv. Tabbar is a dark tale directed by Ajitpal Singh and written by Harman Wadala and Sandeep Jain about a former policeman who will go to any extent to defend his Tabbar, a Punjabi word used to mention family. The eight-episode serial is set in Jalandhar’s Deep Nagar, Punjab. Punjab’s drug problem is shown prominently in the series. Omkar’s family’s fate is forever altered. As Omkar gets his hands dirty attempting to defend his kid from the politician and the cops, the distinctions between good and bad, right and wrong blur.

Every new episode of Tabbar opens with a passage from Baba Farid, a 12th-century Sufi preacher and saint who was well-known in Punjab. The show’s soundtrack, composed by Sneha Khanwalkar, is appropriate. The SonyLiv series has a stronghold on the audience. As more horrible killings occur in each episode, the show becomes grimmer and darker. The sitcom occasionally fails to persuade viewers with unexpected plot twists. Nonetheless, it manages to keep you on the edge of your seat throughout. The series is binge-worthy, with eight episodes lasting around 35-45 minutes each.

Tabbar tells the narrative of Omkar Singh (Pavan Malhotra), a former police policeman, and his family. He owns and operates a little grocery business, and he adores his wife Sargun (Supriya Pathak). They have two sons together. However, things go wrong for the happy family when their eldest son Happy (Gagan Arora) kills the younger brother of a local politician. Following the terrible incidence, a chain of blunders occurs. Everyone is on the watch for the killer because it is such a high-profile case, but Omkar swears to go to whatever length to defend his children.

Pavan Malhotra is outstanding in the entire eight-episode suspense drama, easily immersing himself in the role of Omkar Singh. Over the course, he goes from a soft-spoken family man to a criminal, which is admirable. Sargun is played well by Supriya Pathak. The scenes she has with Pavan Malhotra are enthralling. The scenes where Sargun’s remorse is eating at her and she is on the verge of losing her mind are well-done. Omkar’s kids Gagan Arora and Sahil Mehta are also excellent. Nevertheless, more of Ranvir Shorey and Rohit Khurana would have been welcome. Lucky, Omkar’s nephew, played by Paramvir Singh Cheema, is a good cop who merits a particular mention.

Why Tabbar on Sony Liv has become a must-see Indian web series lately?

Even in the midst of sorrow, Bollywood thinks that Punjabis are noisy and ‘jolly.’ Tabbar tosses this concept out the window in order to depict a family with ambitions and difficulties that are uniquely Indian middle-class – all while portraying a crime thriller that is both stunning and horrifying. And it’s certainly a welcome change. It’s also noteworthy that the show managed to maintain this picture while providing nail-biting suspense.

The major actors give outstanding performances in Tabbar

Pavan Malhotra is an underappreciated Bollywood actor who has never received his place in the cinema. But in Tabbar, he once again demonstrates why he is deserving of leading compelling and innovative storylines such as this one. He portrays a father who goes to great efforts to save his children, motivated by a profound desire to protect them. Even as he does one heinous deed after another, his emotions tell volumes, his desperation shocks you, and he leaves you suffering. Pavan Malhotra is brilliantly assisted by Supriya Pathak, who is really nothing short of magnificent like a mother torn between fundamental decency and maternal love.

Tabbar has a fantastic supporting cast, primarily made up of novices

The supporting ensemble, which includes Paramvir Cheema (Lucky), Sahil Mehta (Tegi), and Gagan Arora (Happy), is primarily made up of debutants and rookies, with the exception of Kanwaljit Singh and Ranvir Shorey (both of who excel in their brief appearances. Although they have previously appeared in a few online series and films, the seriousness they bring to their parts is admirable. It’s also worth noting that none of the three male actors in their teenage years is written in the same way, whether it’s in terms of character, value system, or answers to elevated circumstances.

Family dramas in Bollywood abound, ranging from theatrical to realistic. Tabbar falls somewhere in the middle. What makes it distinct, though, is that the drama is based on real, human feelings like shame, concealment, and family influence. To use an example from the series, how can you expect a woman to pick between her own child and her sisters-in-law in a society where family ties are so important? How can a son tell his father that he won’t be able to realise his ambitions when the house his parents constructed is named after him?   Simply said, it’s not only a question of how far you’d go to preserve your family; Tabbar is also about a question of who you consider family.

While the performers are to be commended for bringing the intricacies of their characters to life, the series’ director transports you to the enchantment of theatres and plays. It’s an uncommon and noteworthy achievement in the world of Instagram clips and web shows. There are times when you get the impression that the characters’ faults are being excused far too readily. However, this creative licence is possibly the only flaw in an otherwise gripping drama that reminds us why we are now deeply in love with Indian web series in the first place – because they tell tales and display performers that the big screen had abandoned!

Best Romance Animes for You to Watch Right Now in 2021