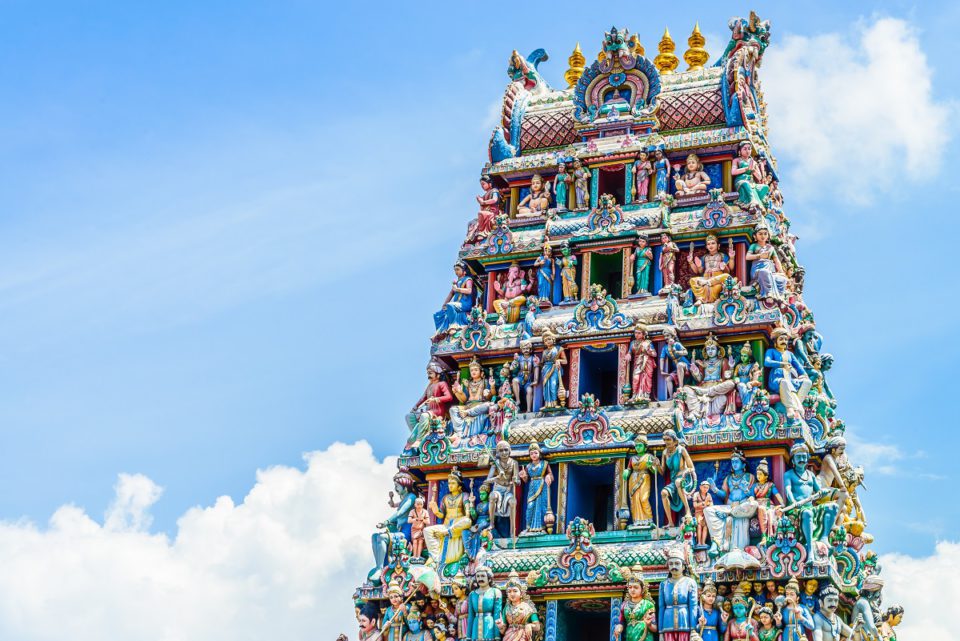 Chennai- A city of old tales and modern trails with its beautiful beaches, temples and culture is a treat for any visitor. The soul of the state is its amalgamation of geography and topography. The place is deeply rooted in Madras days reflecting a rich heritage. The place has some extraordinary places, mesmerising temples, serene beaches, spectacular forts and waterfalls. The state is set on the coast of the Bay of Bengal which has that tropical climate that offers that warmth for any tourists who are visiting even for the first time. Apart from the rich history, there are lots of lip-smacking authentic Tamil cuisine which you have never tried anywhere before.

Tamil Nadu’s rich culture and history have left behind many wonders for the average travellers. Right from the capital city to unknown destinations like Tranquebar or Tharangambadi, the state boasts of remnants from various tome periods. Here are some of the best things to do while visiting Tamil Nadu –

How can you will visit Tamil Nadu without going out to a beach! The capital city is incomplete without visiting its beaches. The state does not lack any sense when it comes to natures capes. Right from famous beaches to pristine secluded ones and from popular touristy mountain ranges to lesser-known ones, Tamil Nadu has it all.

Marina Beach is the best among all of them. You can spend hours walking near the beach, enjoying that warm sound of waves along with enjoying the street food. Marina beach is the second largest beach in the world which has a coastline of around 13 km.

Another beach is the Dhanuskodi which is the abandoned town perched at the south-eastern tip of Pamban Island. It is the only terrestrial border between India and Sri Lanka where one can catch the hypsographic curve of the Earth’s surface along a stunning skyline.

Another one is Elliot’s Beach which is named after Edward Elliot who was the former Governor of Madras, is yet another picturesque sand trail in Chennai. The place is quiet and calm which gives you that sense of peace in your mind. The place is also less crowded as compared to other beaches, the long stretches of the beach host the Schmidt Memorial which commemorates Karl Schmidt which is a European sailor who drowned trying to save the life of a girl in 1930.

The Covekong beach is a prominent port for the British and French in the country pre-Independence. The serene beach has the softest of sand and a view of the clear waters. It is perched a little away from the hustle-bustle of the mainland which is around a 40 km drive from Chennai.

Tamil Nadu is home to a wide variety of flora and fauna. The state boats of forested areas and a huge chunk of Indian wildlife. The place has a dense green cover which allows nature lovers to explore. One of the most tranquil forested areas is Sirumalai which has an association of Hindu mythological origin. The Sirumalai houses are narrow turns and small waterfalls. For intrepid travellers, this place is just perfect as it has a moderate climate throughout the year making an escape worthwhile.

Another place is Pollachi which is perfect for nature lovers. The place has an amazing scenic beauty which is also known as the hub of Tollywood films. While here one can visit the Azhiyar dam and the Anamalai wildlife sanctuary. Parambikulam Dam and National Park is yet another popular attraction and attracts many tourists throughout the year. Pollachi is home to a large market for jaggery. If you want some authentic and fresh jaggery then you can find it here only.

Waterfalls like Periyar, Megam and Kalrayan are very much famous among tourists. With lush surroundings and the cascading waters, it will make a delightful experience.

Known as the ‘Land of Temples’, Tamil Nadu has some spectacular temples which will mesmerise your memory for a long time. The state has more than 33,000 temples and millions of tourists visit these temples. The temples in the coastal state are the origin of chronological legends, artistic festivals, and traveller trails. The fascinating culture, rich history and incredible architecture of the state are some of the major factors to visit. Almost all the temples in Tamil Nadu are built in medieval times and add to the country’s rich heritage. They give you an in-depth discernment into the sculptural and creative skills of sculptors of that time. Furthermore, these temples also showcase the opulent taste of royal kings.

The temple is one of the popular temples in the state which is the 7th-century Amrirulgu Kapaleeswarar temple is dedicated to Goddess Parvati in the form of Karpagambal or the ‘Goddess of the Wish-Yielding Tree’ and Lord Shiva. The temple is crowded with many temples throughout the year and festivals like Brahmotsavam, Theppa Tiruvizha Float festival is celebrated at the Temple.

Mahabalipuram was once a major port of South India and the second capital of the village. The Mahabalipuram Shore Temple of Tamil Nadu is built in perfect symmetry and is located on a beautiful seafront. Within the region are also ‘Five Rathas or monoliths dedicated to the kings’ revered deities. It has one of the finest sculptural skills which cant be seen anywhere in the country.

The temple is located in Madurai which is one of the famous Shiva temples in the state. The temple was built during the Nayak rule and is dedicated to Goddess Parvati as Meenakshi and her consort Lord Shiva as Sundareshwar. The temple has a majestic beauty with exquisite architecture. And it is reported that the image of Goddess Meenakshi is carved out of a single emerald. According to the legend of this temple, the marriage of the goddess Meenakshi to Shiva actually took place in Madurai and is still commemorated every summer with great excitement.

Naganathaswamy Temple is one of the famous temples and people from different parts of the country comes to visit. The temple is dedicated to Sri Naganathaswamy and His consort is Giri Gujambika. This is the only temple where Lord Rahu is enshrined in human form whereas other of his temple has his serpent form.

Talking about food, Tamil Nadu is not all about just Idlis and Dosas. The state’s rich culinary legacy speaks volumes about the various cuisines and their significance. Dairy products, tamarind, curry leaves, grains, rice, legumes and lentils dominate most of the kitchens in Tamil Nadu. The state is also famous for a multitude of spices such as chillies, tamarind, cloves, pepper and mint. Four primary regions in the state- Pandiya Nadu, Kongunadu, Tondaimandalam and Chola Naidu have their own specific dishes such as Kara Kuzhambu, Paniyaram, Muttaiparotta, Ragi Puttumavu, Koottu and Murukku. The state is also a delight for those who enjoy a thorough coastal fare.

Chettinad cuisine is famous for its non-vegetarian and spicy variants. Also, other parts of the state boast of an equally lip-smacking vegetarian culinary affair. Also, you can try the best sweet dishes of Tamil Nadu – ‘Paruppu Payasam’. The dish is made of roasting Moong dal, some jaggery syrup and some roasted cashew nuts. The dish is very rich and creamy which is perfect for all the sweet-tooth.

Even the smaller coastal towns in the state also boast of a rich culinary legacy with rural kitchens dominating the space. The state is also a delight for those who enjoy a thorough coastal fare. With the availability of fresh catch at one’s convivence, the tactful mix of spices and the warmth with which the food is cooked would leave anybody wanting more.