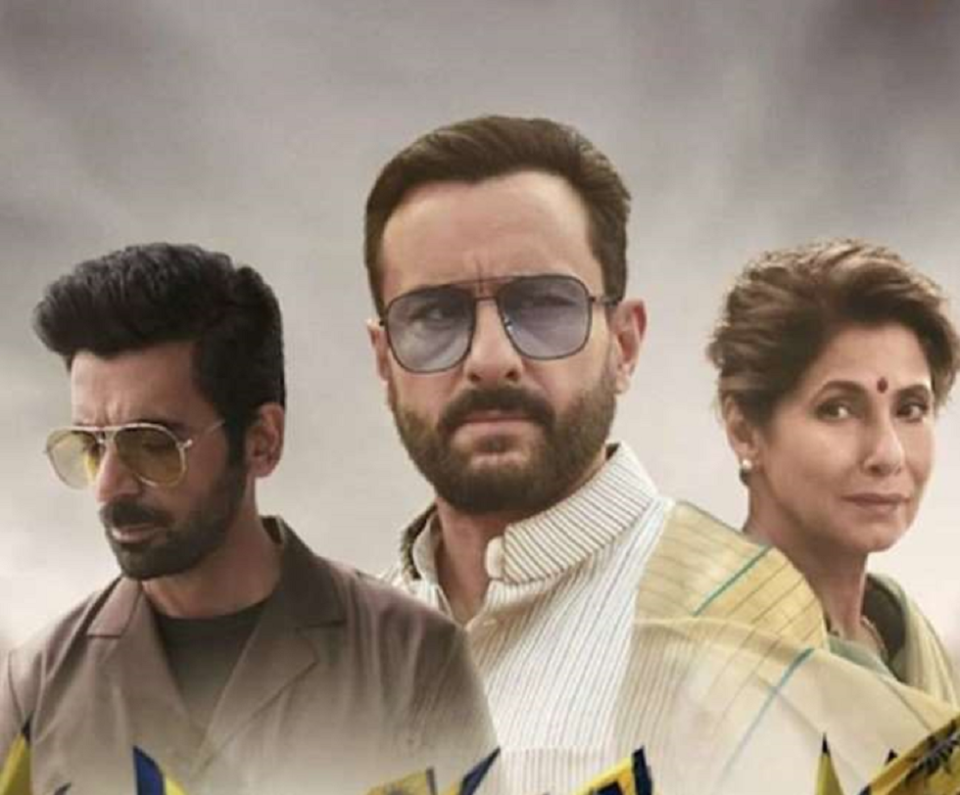 Tandav is a Saif Ali Khan drama-based web series that is riddled with corny troupes and larger figures which only provides a glimpse on the lost potential of the project. Amazon’s Tandav has some big names like Saif Ali Khan and Dimple Kapadia yet the writing and the story suffers.

Imagine a day in India and Indian Politics when the prime-ministerial candidate dies just before the day elections are to be held due to a heart attack. He was about to win for the third time. Alas, the nation is orphaned and all the members of the party are anarchist.

Tandav is now streaming of Amazon Prime Video. The web series is a 9-episode drama which offers a streaming platform consisting of talented star cast, a high-profile director famous for casting Salman Khan in his blockbuster movies and a politics-based storyline. It can be said that Ali Zafar has kept his debut web series stylish but simple and thin. Some of the stars featured in the web series include Saif Ali Khan, Dimple Kapadia, Tigmanshu Dhulia, Sunil Grover and Gauhar Khan.

Tandav is one of the web series which looks better on paper. It has conspiracy, darkness, ambition, greed, pathos and treachery. Alas, the show makers failed to translate appropriate emotions on-screen since their characters do not convey us what they are actually behind their gorgeous looks. Saif looks more dubious and cleaner but is too conscious of having both the characteristics at a time. The only time he lets go of his soft-spoken menace is while recalling his days as a student leader. This is the moment when you would actually sit up and start taking interest in the story. For most of the part, otherwise, Saif would walk around drinking a whiskey from crystal glasses and Gurpal doing all the legwork to ensure that his master remains fit for the race.

The nine-episode series will not let you understand about Samar’s wife Ayesha and why she supports all the schemes. Even Samar’s frenemies turned foe Anuradha and Gopal Das would act similarly. Anuradha is another main player although her appearance has been reduced remarkably. Zeeshan is much older than he is supposed to be but since he is a talented actor, he looks quite sincere to his role. The story again never gives him enough space to play in depth. Sunil Grover manages somehow to give his best. The comedian who is famous for playing a female role is of great fun who combats guilt with a pet cat.

Saif Ali Khan plays the lead role as Samar Pratap. He is the son of a two-term Prime Minister Devki Nandan who is in the verge of claiming one more General elections victory. Samar aka Saif plays the role of a trust fund child having designs of a top job.

When Samar plots to fill the gap left due to the sudden death of his father, he involves in some strange decisions. Ones who are not the part of his plotting and planning like the journalist get a prompt call from Samar to fill them in. How can a candidate for Prime Minister assume that all his masterplan would work out smoothly when he can’t even keep his mouth shut? For example, in one of the scenes, Samar seems to be over possessed like a spirit of James Bind villain and narrates all his methods to the person he has just poisoned.

The superficial story extends to other supporting actors as well. A coke-snorting person sniffles all the time, and the time Dimple Kapadia enters the scene, she seems to be disillusioned for her own reasons. The show portrays an idea which is too complicated to be executed in a way it could be. In simpler words, Ali Abbas Zafar although tried to make sense of demonstrations made by student leader’s but fails to showcase them properly. To some extent, it can be said that Samar’s upper echelons unfold Indian politics but the parallel plot in the fictional campus models JN.

Tandavcould have been more fascinating political drama which takes us to the dark and self-serving allies to comprehend what political power can do. Instead, what we get is a soap opera. Overall, the nine episodes, all the episodes not more than 30 minutes is quick to watch over a weekend.

Stash vs Acorns: Which is the Best Investment Platform for You in 2021?