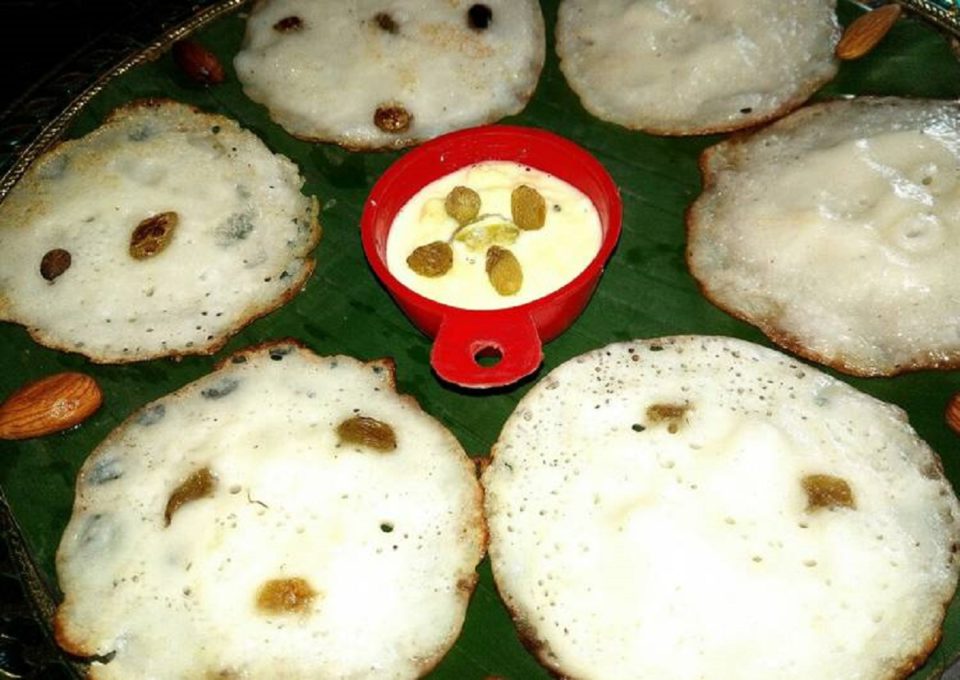 Odisha cuisine is famous for its quality of food and the authenticity of the taste. In every part of the state, we witness some of the most unique dishes with the distinct piquancy of spices. The influence of the religious culture given in Odisha somehow is exhibited in their platter of food. One can find different kind of pitha in Bihar, Jharkhand, West Bengal and Assam.

As per history, the word ‘Pitha ‘is obtained from a Sanskrit word, which symbolises cereal crops cooked over a fire. According to folklore, this refers to the rice cakes served as an expiation to the deity.

As winter is approaching, we celebrate many seasonal festivities with a variety of delicious dishes.  For every Odia, some cuisine is prepared and relished by all, and for some instances, they are compulsory. As we all know, Odisha’s people have always loved the sweet dishes, but it has a different craze when it comes to ‘Pithas.’

‘Pithas’ can be taken as a starter or main course or a dessert and is the most popular item in Odisha due to its simple yet delightful flavourings. But it takes a lot of effort to prepare Pithas, and sometimes it requires a lot of expertise to make a perfect Pithas. Unfortunately, in this modern society, people now forget the authenticity of the traditional method of making ‘Pithas.’ Before, in every Odia festival, ‘Pithas’ was the obligatory dish as there was a wider variety of it.

Here are some of the varieties of the most authentic and exquisite ‘Pithas’ found in Odisha.

‘Chakuli Pitha’ is the most traditional and eminent dish of Odisha. You will find Chakuli in almost every district of Odisha. This dish somehow resembles the South Indian Dosa. ‘Chakuli’ is a mythical dish mostly eaten on the last Thursday of Margasira Month, from December to January. ‘Margasira Gurubar (Thursday) holds a special significance for all the Odias as it symbolizes equilibrium. ‘Chakuli Pithas’ is first served to Goddess Laxmi on Margasira Massa Gurubar.

Usually, ‘Chakuli’ is made with a mixture of batter of black gram and rice flour. The batter is kept overnight and for a better taste also. You can have ‘Chakuli’ with any side dish as per your choice like Ghuguni, Aloo Bhajja, or even with tomato ketchup.

For a little modified version, people even add dried jeera, Basil leaves, and Dry chilly to the pan and then make ‘Chakuli’ with that; this version even tastes fantastic.

‘Arisa Pitha’ is an extrusive dish that is also perceived as Odisha’s traditional sweet pancakes. This delectable dish is made primarily on the occasion of Manabasa Laxmi Puja as an offering to Goddess Laxmi. This dish is crispy on the surface and very soft from the core that will melt in your mouth once you taste it.

‘Arisa Pitha’ is made with rice flour, jaggery, or sugar with some sesame seeds. This is a deep-fried dish that can easily store for about two to three weeks.

‘Manda Pitha,’ which resembles mostly like a Modak, is the steamed version of Pitha. This dish is prepared during the festivals happening on Monsoon and post-monsoon seasons like Durga Puja or Kumar Poornima. This is termed as the most salubrious dish as there is no use of oil.

This is made up of rice flour as the base, and for the filling fresh grated Cottage Cheese (Chenna), Coconut flavoured with cardamom and sugar or Jaggery.

‘Kakara Pitha’ is a sweet fried cake that is given to almost every deity and is served in all the traditional festivals in Odisha. This dish is a little oily as it is prepared by frying it deep until it changes its colour to deep red or brown.

‘Kakera Pitha’ is even available in most of the shops, but the traditional seasonings are only found in rural areas. There are two types of methods of preparing this dish- one is made up of semolina and the other with wheat flour. The preparation method is almost the same as ‘Manda Pitha,’ but in the case of ‘Kakara Pitha,’ it is deep-fried.

‘Gaintha Pitha ‘is a tempting sweet dish made mainly during fasting time. Although you will find various sweet dishes, nothing can beat a traditional dish with the authentic flavours coming from that dish.

This dish is made with rice flour, which is cooked with water and then later formed into a dough, giving it a round shape. After that gravy of milk is made cardamom flavoured, and then those balls are added.

‘Enduri Pitha’ is the most unusual sweet dish among the other Pithas due to its preparing style. This Pitha is mostly made in the Northern and central regions of Odisha. But mostly, this dish is made primarily on the occasion of ‘Prathamastami’ and even during ‘Manabasa Gurubara.’

The use of turmeric leaves in this dish gives many health benefits to our health. This dish is made with black gram, rice, flour, Cottage Cheese, coconut, jaggery or sugar, black pepper, and turmeric leaves. The turmeric leaves are used to wrap the pithas and steamed in larger earthen pots. Once the dish is cooked, it is removed while devouring it. The aroma of the turmeric leaves gives an entirely distinct taste to the dish. Even ‘Enduri Pitha’ is one of the dishes to serve to Lord Jagannath in the Jagannath temple in Puri for ‘Sakala Dhupa’ or known as the breakfast.

Very few must have even heard of this dish, but ‘Chandrakranti Pitha’ is a deep-fried dessert that is mostly found in Odisha’s bordering area. Usually, this dish is traditionally made in the Ganjam district of Odisha. Chandrakanti Pitha is especially made during Diwali. This is made from soaked moong dal and rice batter; the outer part is crispy and the inside soft and not too sweet. It tastes like moong halwa but with a crispy coating. One has the option to cut the cooked and set batter into any shape one desires.

To make Chandrakanti Pitha one has to soak the yellow moong dal and rice in water for at least 6 hours. Then both are ground into a batter using little water. The batter is then cooked in a pan with little ghee, sugar and cardamom powder till it becomes thick. This thick batter is then allowed to be set in a tray or plate. The set batter is then cut into pieces and deep-fried.

On the occasion of Chitalagi, Amavasya, known as Chitau Amabasya, is a special festival for Lord Jagannath. ‘Chitau Pitha’ is completely distinctive in its own way as due to its unique flavour and irresistible aroma.

This dish, which is prepared with the batter of rice flour and coconut, is very light and healthy in taste. ‘Chitau Pitha’ is best served with cauliflower curry or with the most famous Dalma.