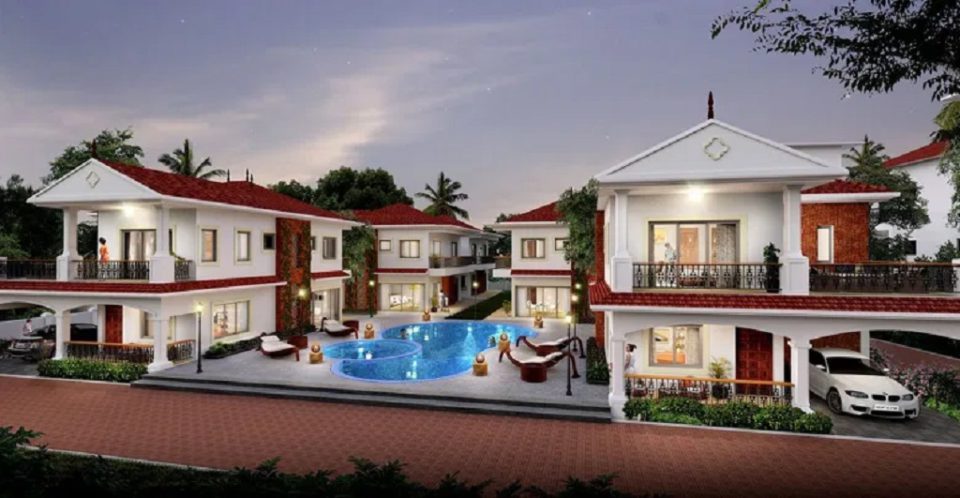 One luxurious place where money and leisure go hand-in-hand is the film industry. It is understood that our favourite Bollywood and Hollywood stars lead lavish lifestyles. They own the most luxury cars, vacation in the most wonderful places and live so luxuriously in houses that we are incredibly jealous of ordinary humans! Their lifestyle is so magnificent and opulent in itself that we often wish we were part of this globe.

Here is a list of the most expensive houses for Bollywood and Hollywood celebrities to give you a glimpse of just how royal things are in their country. While you read on, be ready to be surprised!

King Khan is indeed the first name on the list among the most expensive houses for Bollywood celebrities. Named Mannat, his stunning sea-facing house on Bandstand, Bandra has been priced at a whopping Rs 200 crores. The six-storey bungalow has a mini theatre, a spa, a swimming pool, the SRK home office, a large library and all the other facilities you can picture. The house’s lavish interiors have brought the appeal to another level. However, the greatest part – it has been designated a heritage site now and could never be demolished. It is one of Bollywood’s most expensive star houses.

Amitabh Bachchan, the original furious young man of Indian cinema, has created a reputation for himself over the decades. With the fame and popularity of Big B, it is unsurprising that he is on this list. The Bachchan family lives in a bungalow in Juhu called Jalsa, which is priced at roughly Rs 112 crores, while Big B owns five properties in Mumbai. Interestingly, the house was not bought by the star himself but had been gifted to him for his wonderful role in Satte Pe Satta by the renowned director Ramesh Sippy. That seems to be the popularity of Big B that people from all around the world fly to get a glance of him and his house as he walks out to greet his fans every Sunday.

In a gorgeous house in Juhu named Kinara, Shilpa Shetty Kundra, who is married to company tycoon Raj Kundra, lives. After they moved from London, where Raj originally lived, the couple began staying in the mansion. Shilpa herself completed the interior of the house after hand-picking all the pieces from all around the world for her dream house. The far more glorious thing about the building is that while the house is modern and tech-friendly, it is also compatible with Vastu and Feng-Shui, giving it a mixture of modernity and tradition. The house is roughly priced at Rs 100 crores.

In the Prime Beach house, Khiladi’s Juhu Bungalow has a magnificent view of the Arabian sea and is valued to be about Rs 80 crores. Twinkle Khanna herself has tastefully designed the decor of the home. As soon as you reach it and notice the lush green orchard, you have to witness the beauty of the property. Each decor has a unique story to tell. She covered the duplex house with family memories and mementoes that were presents or from their journeys. With a little pond in the middle, the living area of the house looks extremely serene and calm.

The duplex penthouse of John Abraham in Bandstand, Bandra is as spacious as houses could get. Built by the father and brother of the star, the home is as modern as it comes, and it has a very natural feel too at the same time. Without missing its originality, the beautiful house has been restored and, wait for it, the Arabian sea is visible from just about every room of the house. Abraham merged two old apartments at a cost of almost 75 crores to turn them into the magnificent house it is presently.

The two most popular artists in the world are Jay Z and Beyoncé, and this is no mystery at all. As a result, the two merged a portion of their income to purchase a luxurious home worth around $88 million. There have been six buildings that combine about 30,000 square feet of living area, more like a compound than a house. There is even another outdoor area of 10,00 square feet for all the family to enjoy. There are eight bedrooms and eleven bathrooms in the building, four pools, a basketball court and parking that can accommodate fifteen cars.

Built during the 18th century on the banks of Lake Como, George Clooney’s home is, today, a perfect combination of its original charm and all the modern amenities one needs in today’s day and age. The ornately carved ceilings and tile floors, gym, massive bathrooms, pizza room and an in-house theatre make it all so aesthetically pleasing. Not to forget, the landscaped gardens, pool, tennis court, and outdoor theatre are all absolutely stunning.

Oprah is indeed the queen of all the media, we all remember, and that was just the tip of an iceberg. As a result, she bought the most luxurious house for $90 million, just a small portion of her wealth. Also, in the main house alone, the home has six bedrooms and fourteen bathrooms. A pool with a pool house, a koi pond, and an equestrian compound with riding rings, barns, and a stable are also available. For years, Oprah owned the property and redesigned it to suit her tastes.

It is Kim Kardashian West and Kanye West if there was a couple who knows how to build a spark with everything that they do. Although they purchased the house in 2014 for $20 million, it is currently priced at around $60 million. It was given a pristine white look by Belgian architect Axel Vervoordt, who collaborated with the couple to design the building. They also have a staff kitchen, a display kitchen, a bedroom bigger than life with a much larger bathroom, a hallway specially made for portraits, a super-organized pantry, a house-size walk-in closet, and so many more.

Tom Cruise’s $59 million hideaway house in the mountains, a 12-minute drive from the tourist town of Telluride, Colorado, covers an insane 298 acres. The house is surrounded by panoramic views of the woods, forest paths that extend into nowhere, stables for riding horses as well as a personal helipad. The sq. 10,000. There are floor-to-ceiling windows in the sitting room in the ft. house in the area to allow the stunning views of the nature surrounding the house. There is a gym, game room and a large library inside the building. Out the front, there is a personal trail system, a basketball as well as a tennis court, a private motocross track and a beautiful little guest house with three bedrooms and three bathrooms.

Top 15 Road trips in India for Adventurers and Travel Enthusiasts

Hair Smoothening At Home: Things That I’ve Tried And What Worked