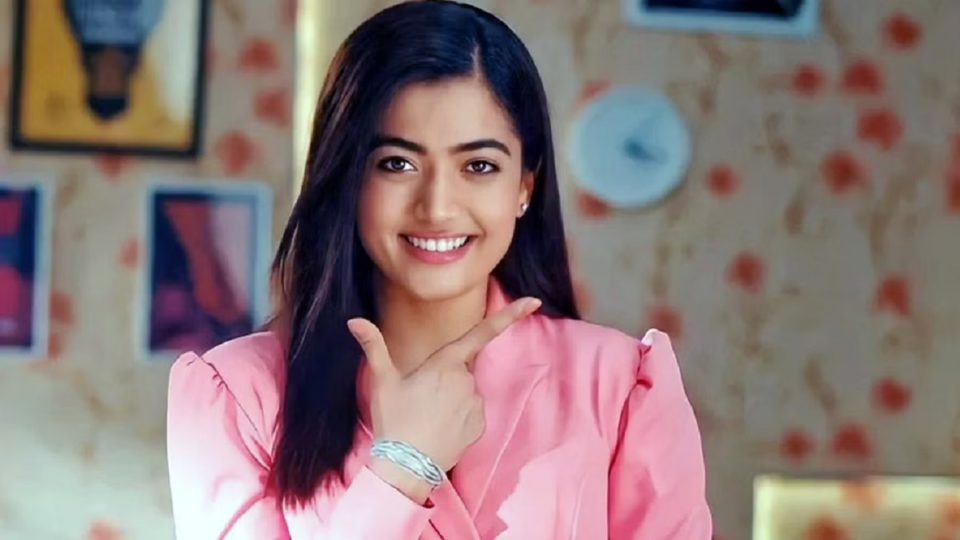 Karnataka is one of the most prosperous states in India and its capital Bangalore is one of India’s most cosmopolitan cities. The Kannada film industry, also known as Sandalwood, is one of the largest film industries in India. It produces over 100 movies every year and is home to some of the biggest movie stars in the country. The Kannada movie industry features some of the most successful, talented, and beautiful actresses in India. In this post, we will take a look at the richest Kannada actresses today. Let’s get started.

Ragini Dwivedi is a bonafide superstar of the Kannada movie industry and has been so for some time. Throughout her career, Ragini Dwivedi has appeared in blockbuster movies that set the Kannada box office on fire. Ragini Dwivedi’s Kannada movie career started with the classic hit movie, Veera Madakari. The Kannada speaking crowd loves Ragini Dwivedi and she always draws a lot of people to the theatres. As a result of that, she charges a commanding fee of 75 lakh rupees for every movie that she does, making her one of the richest Kannada actresses today.

Born Sanjana Gandhi, Pooja Gandhi became the queen of hearts after her appearance in the superhit romantic movie Mungaru Male. It cemented her position as a superstar in the Kannada industry. Aside from Kannada movies, Pooja Gandhi has acted in Telugu, Tamil and Malayalam movies as well. Aside from blockbuster movies like Mungaru Male, Pooja Gandhi has also acted in critically acclaimed movies like Dandupalya. She is a true blue Kannada movie star and one of the highest paid Kannada actresses of all time.

Born Diana Mariam Kurian, Nayanthara isn’t just a star in the Kannada movie industry, but she reigns all over the South Indian box office. Born in Bangalore to Malayali parents, Nayanthara has appeared in Kannada, Telugu, Tamil, and Malayalam movies as well. Spotted by director Sathyan Anthikkad during one of her modelling assignments, Nayanthara made her silver screen debut in 2003 with the movie Manassinakkare. She wasn’t just cast as eye candy and played a pivotal role. Throughout her career, Nayanthara has had numerous big roles and she commands a fee of more than 20 lakh rupees per movie in the Kannada industry.

Born Karthika Menon, Bhavana Menon is one of the biggest stars of the Kannada and Malayalam movie industry. She is a versatile actress who has regaled audiences with her fantastic performances throughout her career. Her massive fanbase throngs to the theatres whenever her movies are released, making her one of the richest Kannada actresses of all time. She is a very prolific actress who has done more than 70 movies across different languages in her career.

Born Divya Spandana, Ramya is one of the most popular Kannada industry actresses of all time. The diminutive actress rose to fame during her numerous superhit movies in the 2000s and has still managed to stay relevant today. Ramya has a massive fan following and her presence in a Kannada movie ensures that people will throng to the theatres to watch it. She is also a fantastic dancer and that adds to her appeal among her fans. Ramya has been one of the highest paid Kannada actresses for more than a decade now.

As far as multilingual actors in India are concerned, Priyamani is one of the very best in the country. Her fluency in numerous languages is just incredible. This incredible talent of hers has landed her multiple roles in Kannada, Telugu, Tamil, Malayalam and Hindi movies. She is very popular across fan bases that speak multiple languages and it’s a testament of her appeal. The beautiful actress, who also played a crucial role in Amazon Prime’s superhit show, Family Man, is one of the highest paid Kannada actresses of all time.

Aindrita Ray made her debut in the Kannada movie industry with the movie Meravanige and immediately became a popular figure in Sandalwood. However, it was her critically acclaimed role as a mentally challenged girl in Manasaare that launched her into superstardom. She has been one of the most definitive Kannada actresses of the 21st century and her popularity hasn’t waned with time. Her wonderful combination of acting skills and looks has made her a darling of the Kannada audience. Aindrita Ray is easily one of the highest paid Kannada actresses of all time.

Radhika Pandit is one of the most popular Kannada actresses of all time. However, her foray into Kannada showbiz happened by chance. In 2007, Radhika Pandit was in the final year of her B.Com degree when she was approached to play a role in a Kannada TV serial. Nandagokula. The casting director was so smitten by her appearance that she was cast without an audition. Since that chance event, Radhika Pandit has slowly risen to the top of the Kannada movie industry. She made her silver screen debut within a year of her small screen debut with the movie 18th Cross. Over the years, Radhika Pandit has established herself as a true star of the Kannada movie industry and has become one of the highest paid Kannada actresses.

Born under the name Rahasya, Deepa Sannidhi made her Kannada acting debut with the 2011 flick, Saarathi. Throughout her career, Deepa Sannidhi has appeared in numerous blockbusters and has become a very bankable name in the Kannada movie industry. The Chikkamagaluru beauty is a treat to watch on the screen and audiences throng to the theatres whenever her movies are playing. Her career is still going strong and one can expect her to appear in numerous movies in the future. She is already one of the richest Kannada actresses today and is expected to hold her position in the future as well.

Since the nationwide success of Pushpa, Rashmika Mandanna has truly become a national superstar. The Kodagu beauty was born in Virajpet and did her graduation from the M.S. Ramaiah College of Arts, Science and Commerce. The stunning Kannada actress made her debut in Sandalwood with the hit film Kirik Party. She immediately became a fan favourite and quickly became one of her generation’s most beloved Kannada actresses. Her appearance on Pushpa: The Rise along with superstar Allu Arjun and Malayalam movie star Fahadh Faasil shot her to nationwide fame and made her one of India’s heartthrobs. She has appeared on numerous “Most Desirable Women” lists throughout her career and is one of the most popular and richest Kannada actresses today.

Are Cold Showers Having Any Health Benefits?